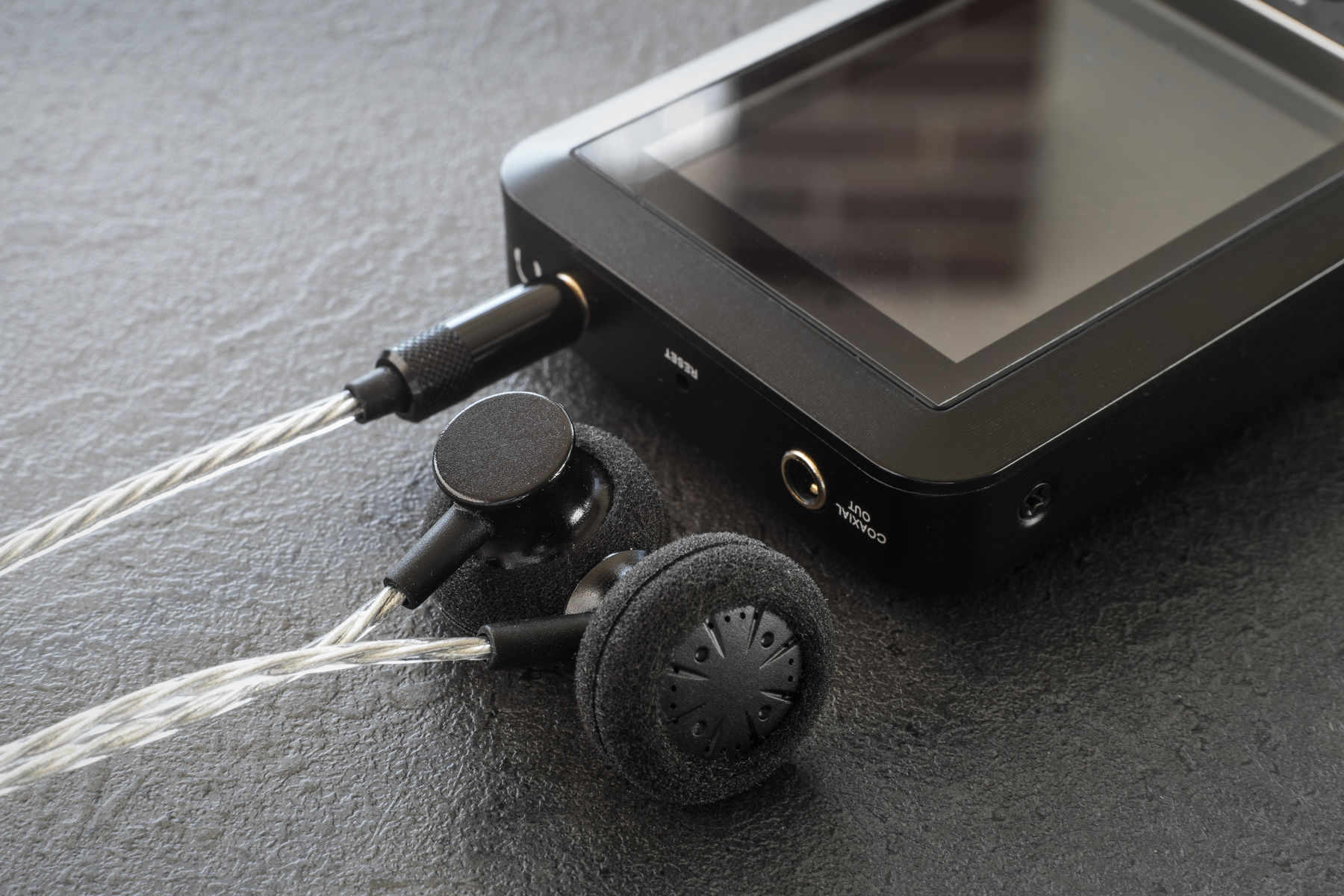 But it is with their sound that the BS1 most diverges from the MRZ Tomahawk, the BS1 is a different beast entirely. Though the specs are similar, it is highly likely that the BS1 is utilising a different driver or extensive tuning to achieve a considerably different tone. The BS1’s revised design also produces a slightly deeper fit thereby achieving an improved seal and more low-end quantity though that does not account for the extent of the sound changes I am hearing.

The BS1 comes pre-equipped with full foams which cover the entire front face of the earbuds. They sounded pretty nice but a little veiled for my tastes. Switching to donut foams, which have a small cut-out in the centre, provided a more pleasing tonality with improved balance and a bit more clarity though the donut foams still covered the majority of the sound holes at the front of the bud. I found a most agreeable tonality with Heigi donut foams equipped, they have an even larger opening at the front which left the sound holes uncovered, but still provide seal for low-end extension. With the Heigi’s, the BS1’s had really nice midrange clarity and all veil was lifted. The high-end became a little more prominent and details were more pristine than before. Unlike the Venture earbuds, the BS1’s are too lean to be used without foams but find nice balance with foams installed. As such, all comments will be with Heigi donut foams installed, I do highly recommend buying a pack just to experiment with. I bought my set from Penon, they about $3.

The BS1 is a nicely balanced earbud that avoids being over bright like the TP16 and granular like the Tomahawk. It has a u-shaped tonality with a nudge of extra bass and mostly laid back treble. But while they possess a little extra warmth down low and some extra crispness up top though mids tend to draw attention with their great clarity and body. The BS1 provides an easy going, organic sound that is fantastic for long listening sessions but never comes across as bland or boring.

Despite those huge 15.4mm drivers, I didn’t notice enormous change with burn-in. Perhaps they achieved a little more clarity, I feel like bass has tightened up slightly with added texture. Otherwise, changing the covers made the biggest difference to the earbud’s sound.

Though I feared that their deeper fit would compromise space, the BS1 is wonderfully expansive in its presentation. They are actually more obviously spacious than the more expensive Shozy earbuds at the cost of sounding less natural though the E1008 is more open yet. They are more width focussed as most gear seems to be and depth is just modest. Songs with backing vocals and effects easily reach outside the head. Imaging is a bit vague though earbuds tend to be a little more unconcise than in-ears due to the nature of their fit. Considering their price, the BS1 is still a nice performer and they easily have more accurate placement than the Fiio EM3 and TP16. Centre image is also pretty diffuse, they tend to push vocals more to the side though it’s a very enveloping presentation that is laid-back and easy to listen to. Separation, on the other hand, is great on account of their space, they aren’t easily overwhelmed despite not having the tightest, most agile sound.

The BS1 has enormous sensitivity at 114dB and a low 32ohm impedance, they are a little harder to drive than the lower impedance Shozy earbuds though they aren’t difficult to drive in the grand scheme of things. Even my iPod Nano 7G had little difficulty achieving high listening volumes and the BS1 realised much of its potential from this lower powered source. They did sound a little nicer from my Fiio X3 though the differences weren’t huge. The earbuds also don’t respond much to higher output impedances meaning they will sound consistent from almost every source. Amplification isn’t necessary and the earbuds barely pick up any hiss. The BS1 is easy to drive and not source sensitive at all.

The BS1 isn’t a bass monster, but their warmer presentation will please a lot of listeners looking for a bit more nuance to their music. Sub-bass has the most emphasis in the low-end, which is a modest bump over neutral and has really nice extension for an earbud. Sub-bass is pretty tight, it does miss the texture and definition of higher-priced models, but provides some nice slam and rumble to the BS1’s sound. Of note, sub-bass extension was hugely improved when equipping Heigi foams which provide a better seal than most covers. With regards to mid and upper bass, earbuds have this strange quality which really separates each frequency and despite sub-bass bearing this notable emphasis, the rest of the bass response is surprisingly clear and textured. They don’t have huge mid and upper bass warmth but both are slightly lifted without much noticeable bloat or muddiness due to that separation. The rest of the bass response is slightly warm and more analogue in character. Mid-bass texturing is really nice and bass detail easily bests similarly priced in-ears. Resolution is also quite nice, the earbuds still aren’t perfectly clear and lack that sense of immediacy, but bass notes are easily discerned from one another and are in great balance with other frequencies. If the earbuds have one downfall, it’s that sub-bass is a little on the slower side, it does keep up with the rest of the sound, but on faster or more monotonous tracks, the earbuds do tend to drone. Either way, bass is nicely textured and detailed on a whole, sub-bass extension is superior to most earbuds at the cost of some tightness and speed.

Despite having many fans, just as many listeners flogged the Tomahawk for having an unnatural, bright and slightly metallic midrange. The BS1 thankfully improves upon all of these issues but that’s not to say that their performance has been perfected. Instantly, balance is improved on the BS1, they are no longer so bright though they still carry a very slightly brighter tonality. As such, female vocals and guitars hold a little more emphasis in the sound over male vocals and keyboard. Vocals are very nicely bodied but retain a lot of clarity, it’s a really natural and pleasing tuning on a whole, especially when compared to similarly priced in-ears which can get a bit wonky in their presentation. And mids hold up pretty well under scrutiny, if I’m being a bit more critical, I would say that they still aren’t as natural as the pricier Shozy earbuds, with a slightly hollow tone at times though that can be attributed to the mastering of the source material. Female vocals, despite holding the greatest emphasis, don’t extend exquisitely like some earbuds though they sound quite nice on the vast majority tracks. Piano also sounds a little off, the BS1’s are lacking that pristine sense of resolution and some linearity. That being said, the BS1 avoids sounding nasal, truncated or over-forward in its upper midrange which is a huge step over the TP16 and VE Monk+ and this refinement is what kicks them into a higher class of performance. On the flipside, male vocals sound really nice, tonally correct and reproduced with pleasing resolution. Some bass spill is evident when listening to Radiohead’s “No Surprises”, Thom’s vocals were slightly veiled and over warmed though I didn’t notice this issue on most tracks I listened to. This is offset by some really nice detail retrieval presented in a more laid-back fashion, considerably more so than the Tomahawk. As such, the earbuds don’t lack detail, but intricacies aren’t forward in the BS1’s sound and they retain just enough crispness to service acoustic guitar. Strings and trumpets are also given a smoother presentation than most earbuds which err on the side of rawness over refinement. And these niggles are insignificant when factoring in Penon’s asking price, even coming from the exceptional Campfire Jupiter and 64Audio U3, nothing on the BS1 sounded particularly wrong or off, which is very uncommon. The BS1 is, therefore, a very natural and mature sounding earbud that I think a lot of listeners will enjoy, their midrange is an outstanding performer in this price class.

Highs are quite interesting, they present similarly to the Shozy earbuds which is to say, more laid-back with a hint of lower treble emphasis that imparts some interest within their sound. They therefore avoid being overly laid-back like the 1More E1008 and also avoid being over-forward like the original Tomahawk where I struggled to find a foam cover that brought out the bass while sufficiently dampening their highs. The BS1 also comes across as more refined and considerably smoother than the Tomahawk and though they still have notable high-end roll-off, it is more gradual with higher notes sounding distant rather than cut off. They still have some nice air when listening to jazz and strings sound delicate enough, they are also lacking the occasional grain of the Tomahawk at the cost of being slightly less detailed and defined. Still, treble is well presenting and has some nice qualities. If you are looking for aggressive detailing and clarity, these earbuds will likely disappoint you, but for lovers of a slightly smoother, more laid-back sound that is free of fatigue and sibilance, the BS1 delivers without sounding particularly dull.