Campfire Audio Andromeda ($1100)
Campfire’s flagship Andromeda offers a different version of neutral, more of a ‘fun-oriented’ tuning, which makes it highly versatile and widely appealing. Both share a neutral bass tuning with good balance between the sub- and mid-bass, but Andromeda’s has deeper extension with more rumble below. Andromeda has a bolder midrange due a more prominent lower midrange, giving it overall a very nice and full sound. It is however more colored in comparison, a bit of added thickness and warmth makes the midrange sound more impressive. Deca’s midrange is relatively more uncolored, though also slightly leaner and less bold in comparison.

Andromeda has a nice bit of sparkle in the upper midrange, while retaining a smooth sound. Deca’s upper midrange shines a bit more due to greater transparency, and while instruments as electric guitars don’t quite have the size and power of Andromeda, they have a more accurate tonality. Andromeda’s treble is again slightly thicker and smoother, compared to the more pronounced treble of Deca. Both iems have a nicely proportioned stage with good width, although Andromeda’s is slightly deeper.

Custom Art 8.2 (€1100)
Both the Deca and 8.2 share a natural tonality, with differing signatures. The 8.2 has a warmer mid-centric signature, with a more powerful low end. The sub-bass is more impactful, with a warmer yet controlled mid-bass presentation. The 8.2 has its main presence in the (center) midrange, compared to the upper midrange emphasis of the Deca. This gives the 8.2’s notes more weight, and vocals greater density. Powerful vocals are better articulated with the 8.2. Especially male vocals seem to benefit, partially due to the warmer sound.

The 8.2’s upper midrange is uncolored and smooth, while Deca’s is more transparent with a good deal more sparkle. String instruments sound more realistic, more ‘true’ with Deca, while the 8.2 in turn has a truer tone with instruments like trumpets. The 8.2’s treble is first and foremost smooth and non-fatuiging, being slightly laidback in the presentation. Deca offers more clarity here, while still refraining from sounding harsh or sibilant. Finally, the two share similar soundstage proportions, with the 8.2’s being slightly wider but flatter.

Rhapsodio Solar ($1550)
With 10 BA drivers and a nearly identical frequency response from the midrange up, the Solar and Deca appear to have a lot in common. Both are characterized by a 5 KHz peak, which creates a natural treble tone, followed by a common rolloff around 10 KHz. Yet, they couldn’t sound more different. The main reason being the Solar’s trademark enhanced bass response. The Solar packs a powerful sub-bass punch, followed by an enhanced mid-bass that gives size and power to the presentation. It also provides a good deal of warmth, making Deca sound airier and cleaner in comparison. Deca has a clearer, more open sound, with greater transparency, compared to the warmer and darker Solar. While the Solar’s midrange is fuller due to the mid-bass warmth, the midrange itself is not very dense, similar to Deca.

The two share similar stage proportions, a very nice rectangular shaped soundstage with good width, and evenly proportioned height and depth. In both cases the instrument separation is very good, although the Solar has more precise imaging. The Deca in turn has a more natural instrument timbre, with especially acoustic instruments sounding more accurate. The Solar fuels electric guitars with more power, giving it an advantage for rock music. Female vocals sound sweeter with Deca, while the warmer Solar gets the advantage for male vocals.

Jomo Samba ($1725)
The Samba is Jomo’s new flagship ciem, featuring 8 BA drivers and a quality aftermarket cable, the Effect Audio Ares II – which also partially explains its higher price. The cable gives it an advantage, giving it a cleaner, airier sound with greater resolution than the Deca’s stock 3 wire OFC cable. The two iems take a very different perspective, tuned from a different philosophy. The Deca’s focus is on naturalness and tonal accuracy, while the Samba takes a classic analytical perspective: good resolution, a focus on clarity, and pinpoint precise imaging. In addition, Samba’s stage is overall larger, especially wider but also slightly deeper.

Starting down below, the Samba has great sub-bass extension, and an addictive sub-bass. Tight, well-controlled, and deliciously impactful. Deca’s is lighter in comparison, though equally showing good control and extension. Both share a midrange that isn’t particularly dense or lush, but has good clarity. However, Deca’s midrange has a more natural tonality, while the Samba’s is cleaner and more detailed. The difference in tonality is due to Deca’s peak around 5 KHz, which gives it a more natural treble as well as overall more accurate timbre. The Samba by comparison peaks around 7 KHz. This gives it a greater focus on clarity with more articulated notes, although it does have a more edgy, hi-fi sound. The treble has more sparkle, especially the higher frequencies, but it is also brighter and colder in tone. The difference in sound is further exemplified by their note decay. The Samba cuts off the decay rather quick, giving it a somewhat staccato but lightning quick sound. Great in its own right, although the Deca has a more natural flow. Each has their own advantage, depending on the type and pace of music. 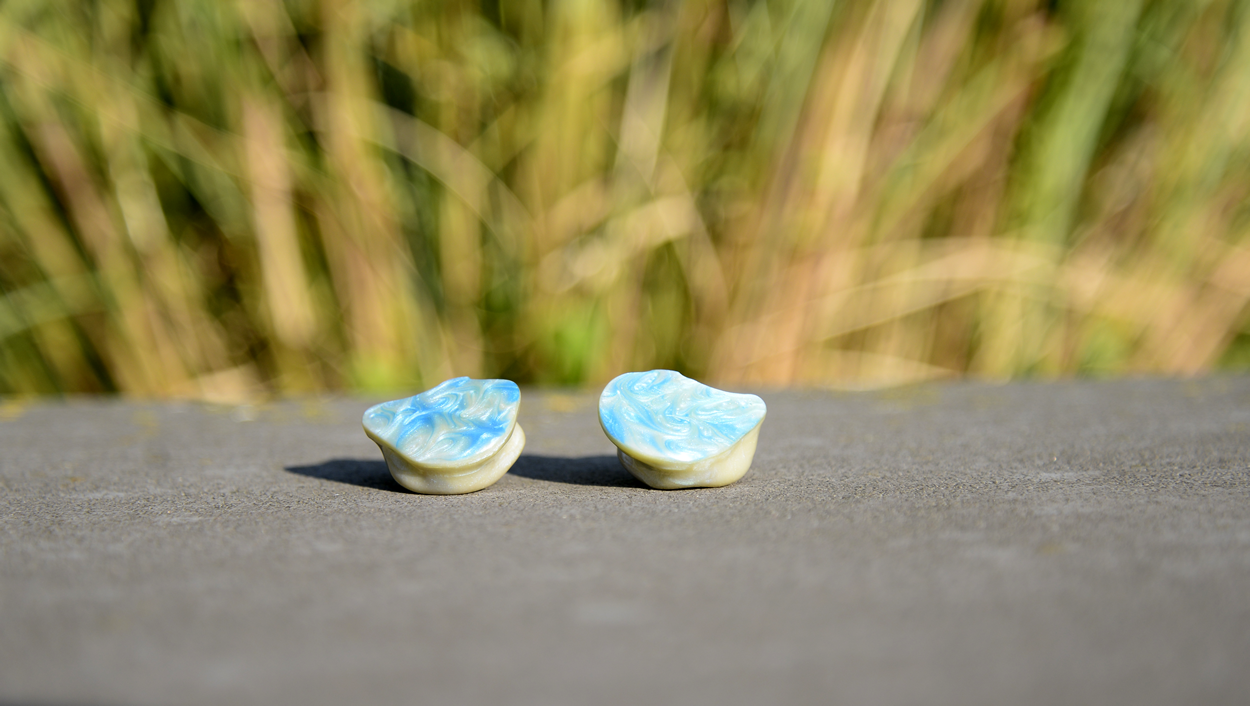 The Deca is Perfect Seal’s perspective on what sounds right. Truth be told, the Deca doesn’t just sound natural, it might be one of the most natural sounding ciems I’ve heard. It’s a perfectly balanced version of neutral, being neither warm nor bright, just how you’d expect instruments to sound. Admittedly, the bass won’t impress anyone looking for a powerful low end, but its midrange and treble has a certain purity and sweetness that really lets instruments shine. Deca really seems at its best when you’re listening to a female voice accompanied by a set of acoustic guitars, a classical ensemble, or some smooth jazz for instance. After the AR6, the Deca is the next to continue a tradition of what is becoming Perfect Seal’s house sound: close to neutral, and very natural. Bit by bit, they are starting to gain the recognition they deserve.