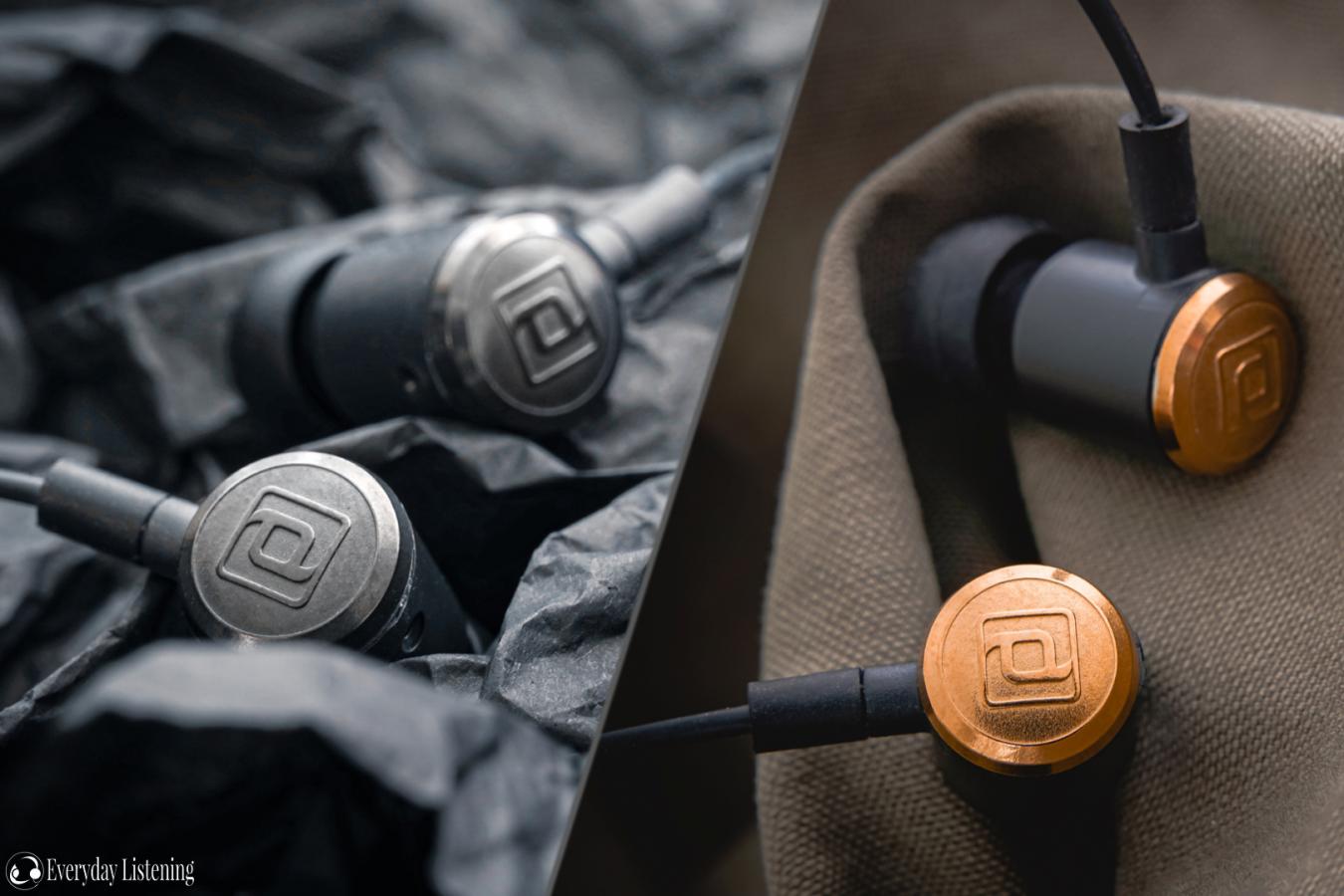 The C has an L-shaped sound with prominent sub-bass and vocals before a smoother top-end. Its most prominent feature is a large dip from the mid-bass through to the centre midrange, which creates a very clean presentation with great contrast and separation. The tone is a touch cool but not metallic while body is thin, providing the impression of transparency and clarity. The high-end meanwhile features a dip around 6-7KHz to avoid over-articulation and sharpness, before another small bump in the middle-treble that imbues pristine clarity and a pleasing sense of air. This is evidently not a balanced, linear or accurate sound, but one that works in isolation and is underpinned by very sound technical ability.

Lows represent all the great attributes of a great dynamic driver earphone, it is a stunning performer. Sub-bass extends very well which alongside large emphasis, produces physical slam and rumble at the very bottom with that sensation of moving air that BA’s just don’t give you. Bass then slopes sharply into a recessed lower-midrange, leaving a fairly neutral mid-bass and recessed upper-bass. The result is a very clean low-end with a natural but not overtly warm tone and slightly enhanced note size. This additional fullness saves this earphone’s presentation alongside the qualities of its driver.

Control immediately stands out; from bottom to top there is precision and definition. Even with emphasis, sub-bass is tight and agile like a well-integrated subwoofer. Meanwhile, mid-bass is very defined, aided by a perfectly neutral tone and accurate, natural decay which prevents this earphone from sounding sterile or flat. The C’s low end is dynamic and extended. It may surprise some listeners expecting a warm, mid-bassy sound, especially coming from Periodic’s cheaper earphones; the low-end on this earphone is simply darn clean.

Though the low-end is delightful, the midrange of the C will be a bit more polarising, with vocals sounding a touch off to my ears. In fairness, the midrange is very revealing, its timbre isn’t metallic nor do vocals sound plain wonky. Vocals also maintain strong presence, sitting a shade in front of the bass. That said, they can come across as dry and thin, making the C more track sensitive than most earphones. To clarify, the C balances its sub-bass emphasis with a large centre midrange peak around 2KHz that brings vocals forwards. However, as there is little warmth or body to be derived from the low-end, the C sounds quite thin which is exacerbated by its vocal forwardness.

Contrarily, separation is terrific and there is a lot of air around each element. The midrange is well-layered and the C is partially redeemed by its top-end. By attenuating the upper-midrange and 6KHz regions that enhance density and smoothness, sharpness and sibilance are both mitigated. As such, they aren’t strident and don’t come across as overly bright, but they do also lack the delicacy and extension one might expect from this type of midrange signature. Granted, I am more sensitive to the minutiae of the midrange than most. However, while the C suits those wanting hyper-separated vocals with great cleanliness, the thinness of its midrange may hamper widespread appeal. I would have preferred a slightly more laid-back midrange in exchange for a more natural timbre.

In accordance with their L-shape signature, treble is the least present frequency range, effectively smoothing off their signature and aiding listenability during longer usage. There is indeed a small 5KHz peak as indicated by Periodic’s provided frequency response graph. It isn’t emphasized to a large degree, sitting behind the other two core frequency ranges in prominence. As the 6KHz region has been attenuated, treble lacks hard-edged attack one might get from a balanced armature earphone, rather sounding slightly smooth with enhanced note body. Accordingly, there is good amount of texture and accurate shimmer and decay to treble instrumentation.

A small bump in the middle-treble grants a touch more headroom amongst an otherwise clean and black background. The net result of this signature provides great foreground/background separation and contrast which seems to be a theme of this earphone’s sound. There isn’t much extension into the upper-treble with no sparkle and little micro-detail retrieval, but there is certainly great density of detail in the foreground. Despite this, resolution is also quite good and there is enough background detail to create a convincing sense of distance and space. The high-end is non-fatiguing yet well-detailed with pleasing dimension, a good combination.

As extension is limited, so too is the soundstage which extends just beyond the periphery of the head. Depth is very intimate on behalf of its forward vocals. Meanwhile, imaging is somewhat wonky, tending to push vocals to the side. Nonetheless, directional cues are sharp and the presentation is very well-layered. They aren’t pinpoint accurate but provide an involving listen. Separation is standout, very high throughout with excellent midrange layering, and an exemplary low-end performance on behalf of the C’s sensational driver control and cleanliness.