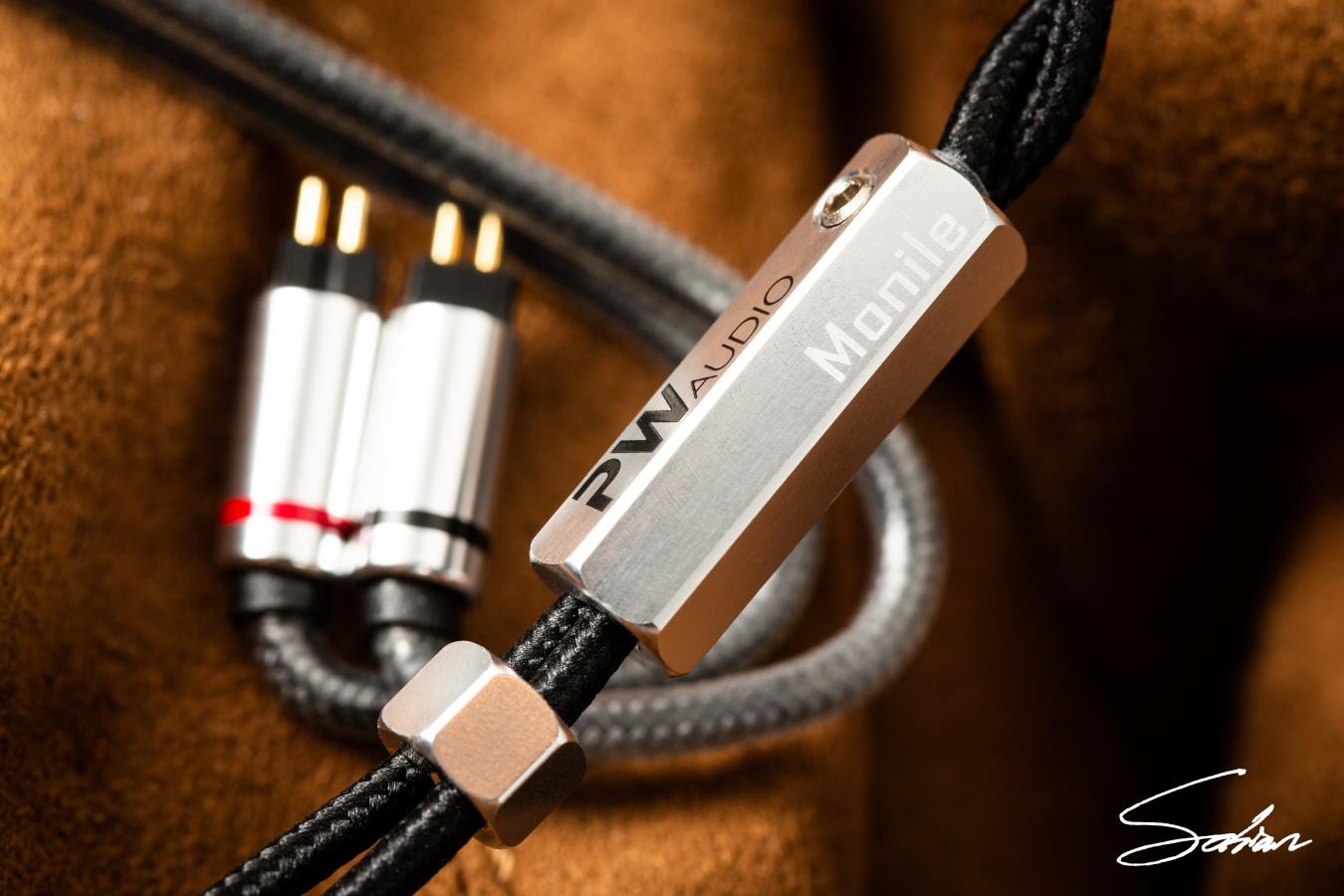 DISCLAIMER: MusicTeck and PW Audio provided me with the Monile in-ear headphone cable in return for my honest opinion. I am not personally affiliated with the companies in any way, nor do I receive any monetary rewards for a positive evaluation. I’d like to thank MusicTeck and PW Audio for their kindness and support. The review is as follows.

PW Audio is an aftermarket cable maker run by its founder and namesake, Peter Wong. The Hong-Kong-based company, though of a more understated, less-publicised niche than your ALO Audio’s or PlusSound’s, have successfully attained an incredible following through raw quality and word-of-mouth. Their offerings often find themselves on the top-ten lists of enthusiasts and reviewers alike. And, they’ve also collaborated with a number of brands as the default cable provider for their flagship in-ears; most recently, the Oriolus Traillii from Japan, the Empire Ears Odin from the U.S. and the Lime Ears Pneuma from Europe. Today, we’re looking at a PW Audio release reminiscent of their classic, cotton-sheathed, high-end cables, but at a more affordable price. PW’s Monile is clean, zingy and vocal-first, with bite and finesse in equal measure.

The Monile arrives in a black, cardboard box with the PW Audio logo printed atop a glossy-white inlay. This has been PW’s standard retail packaging for quite some time now, and I personally think it’s due for an update; for their mid- to higher-tier offerings, especially. Whether it’s a full-fledged update or tiny tweaks like embossing the logo in metallic-gold directly onto the box, for example, I think a premium product like this Monile deserves a more fitting garb. Plus, they’ll look great on store shelves too. Looks aside, I also would’ve liked to see a bit of padding on the box’s interior. But, since there aren’t any heavy or fragile components in there anyway, and the products are all somewhat cushioned by the plastic bags they each come in, it’s not too big an issue. So, again, while not the most elegant packaging in the world, it works nonetheless.

Inside, you’ll find the Monile itself, along with the included accessories. The first is a brick-red, leather cable tie that locks with a snap-button mechanism. It features white stitching around the outside; a nice, clean touch. Then, despite the tie’s overall more rugged, rustic motif, the leather itself is smooth to the touch too. As I’ve always expressed, the inclusion of cable ties with aftermarket cables is virtually mandatory in this day and age. So, kudos to PW Audio for their efforts here.

The second accessory PW have included is a carrying pouch, which, I must say, caught me by quite a surprise because of how premium it looks and feels. It’s constructed out of this black, velvet material, and I think it’s a brilliant callback to the cotton shielding that’s on the Monile’s conductors. It’s even got their PW Audio logo embossed onto the front, which is an incredibly sleek, classy touch. These are the stylings I’d love to see go to their retail packaging in the future. The inside of the pouch is lined with a soft, fabric mesh, which should cushion both the cable and any attached IEMs nicely. Lastly, the pouch can be pulled shut with the side straps. Again, it’s a clean accessory from PW, and a great inclusion for the Monile.

And, lastly, we get to the cable itself, which – as expected – is pretty-flawlessly made. It features PW’s classic, black-cotton shielding popularised by their flagship 1960’s. And, much like it, this gives the Monile a strikingly soft, silky feel, especially when compared to the more plasticky, PVC-based insulation that’s now the norm. Then, the cable’s coaxial design means it house all 4 of its cores within a 2-wire design for even more comfort. There is a difference, though, between the 1960’s and the Monile: Conductor size. The latter has a slightly thicker profile due to its larger wire gauge, and it’s made it a hair heftier and more robust too. I personally prefer this over the 2-wire 1960’s, which can, at times, seem a tad insubstantial. Hopefully, it’ll also stop tiny bends from forming on the IEM side of the Y-split, which I’ve often seen on the 2-wire 1960’s.

Hardware-wise, PW have gone for a really clean, minimalist aesthetic; dipped fully in chrome-silver. Both the 4.4mm plug and the Y-split sport this hexagonal profile to them, which both looks nice and shows great continuity. This extends even to its cable cinch, which does a good job staying in place; even with fervent head-banging. On the 2-pin connectors, you’ll see black and red stripes for Left and Right, respectively. And, you’ll also get PW Audio branding on the plug and Y-split, as well as Monile and a serial number engraved on the latter. Though I like how crisp this branding looks, I do think there’s a bit of a colour-clash on this Y-split between its black and silver texts. I would’ve liked the PW Audio and Monile logos sit on opposite sides, instead of beside one another. And, the serial number would’ve looked better much smaller too. Still, it’s, again, clean hardware that neither thrills nor harms, whose little weight also adds to the Monile’s comfort along the way.

One last thing I want to mention is the heat shrink applied to both the source and monitor sides of the cable. The former encases a bit of the wire and about half of the 4.4mm plug’s barrel, which, to me, doesn’t look the cleanest. It has a bit of a DIY feel to it as a result, which I think takes away from the Monile’s sleekness. I understand its purpose in aiding rigidity and longevity. I just wish it was better-executed. On the other side of the cable, as per usual with PW, the wires just prior to the 2-pin plugs have been pre-shaped to loop around the ear, and with a pretty sharp arc. In use, I haven’t found them cumbersome or painful, necessary. But, that may not be true for all ear shapes, and they still make in-ears more difficult to insert for me than usual. So, those are things to keep in mind, and aspects PW can hopefully improve on in the future.