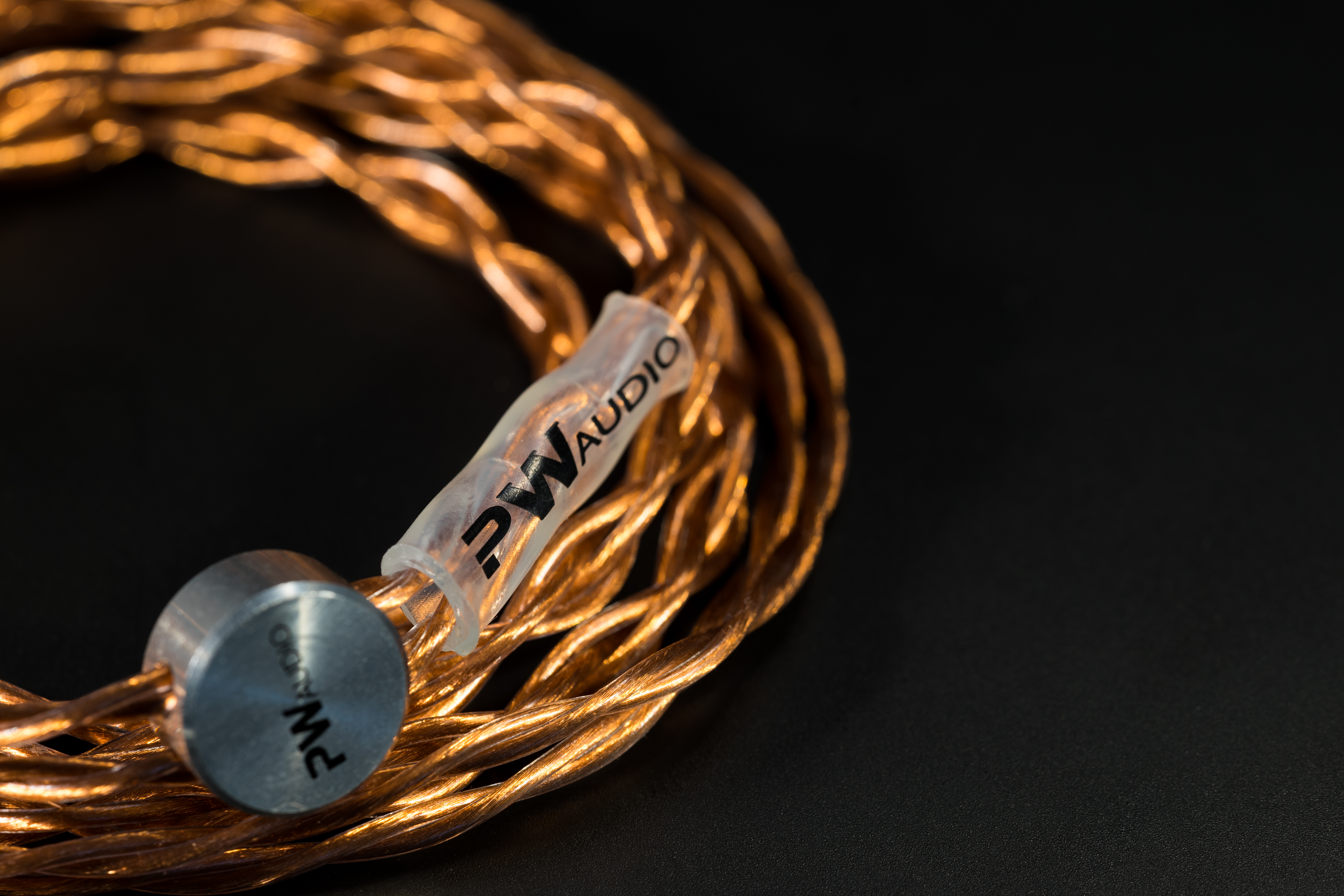 The PW Audio no. 5 is the last instalment of a three-part series of affordable copper cables, priced at $150. As the review builds further on the previous instalments, it might be worthwhile to take a look at the Ares II and HanSound Audio Zen reviews if you missed them.

PW Audio is a relatively small boutique cable manufacturer, which has gained in popularity over the last years, especially in Eastern Asia. Peter Wong, the founder of PW Audio builds all cables himself, to ensure the highest quality for his products. A while back I took a look at their spectacular flagship cables, the 1960 2- and 4-wire. But their entry-level no. 5 equally offers great value, at entry-level cost.

The no. 5 bears close resemblance to Ares II in its design; it conveys a high quality feel, with a somewhat rustic look from its coppery brown Litz wires. The no 5 uses quality components for its connectors: a Furutech jack,  with durable top-end connectors in a similar color. A round silver slider with the PW Audio logo makes for a nice finish. Similarly, the top-end of the wires are pre-bent with heatshrink, rather than using memory wire – both a practical as well as comfortable solution. 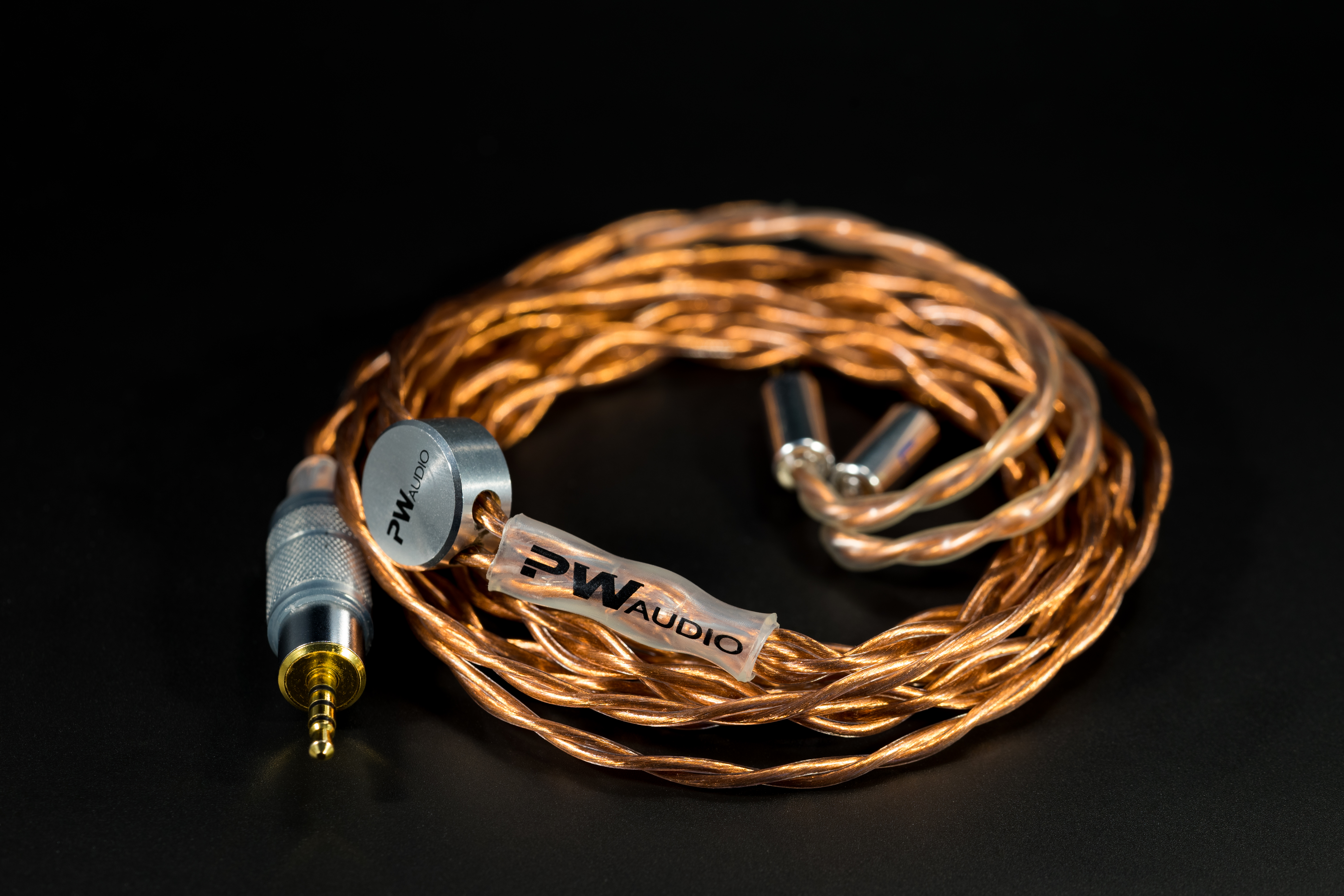 The no. 5 diverges from regular copper cables by providing a warm timbre, while maintaining a clean presentation – the result of a controlled bass, with a slight dip in the upper-bass. The bass has sufficient body and impact, but the warmth isn’t dominant throughout its stage; the no. 5 sounds remarkably airy. The no. 5 shares similarities with Ares II in this regard, as both provide a clean and well-defined presentation, which benefits the separation. By comparison, the HanSound Audio Zen creates a slightly thicker note with a smoother top-end, ensuing from a richer upper-bass. Even so, this in turn comes at the cost of some airiness, when compared to the other two.

In accordance with the clean bass presentation, the no. 5 creates a neutral note size, feeling neither lean, nor full; there isn’t an added thickness to its note. Similarly, its vocals are neutral in body, while sounding transparent. It constructs a well-balanced vocal, encompassing the lower- to upper-midrange. By comparison, the lower midrange of Ares II is slightly more laid-back, resulting in a leaner vocal body. In addition, its upper-midrange is a bit brighter, where the no. 5 has a warmer timbre throughout its midrange.

While the no. 5 leans towards the smoother side, it’s not emphatically characterised as such; the no. 5 still provides an articulated sound, with a modest touch of sparkle. Its mid- to upper-treble however is relatively laid-back, resulting in its warmer, and generally accurate timbre: its specialty. By comparison, both the Ares II and Zen offer more sparkle.

My foray into the affordable segment has given me renewed appreciated for affordable copper cables. In the end, it’s all about matching; especially when it comes to cables. The three reviewed cables all offer slight variations in sound that can tweak an iem’s signature more to one’s liking, for instance by affecting its tone or smoothness. As a rough guide, I would advise the relatively brighter Ares II for pairing with warmer iems that can use a touch of clarity, or cleaner stage. But equally, it will suit those that just prefer a more transparent, technical sound.

The no. 5 shares similarities with Ares II in its presentation: a clean, well-separated sound. But in contrast to Ares II, it offers a warmer, more accurate tone. For people that prioritize instrument timbre, it pairs well with both warm and bright iems. The HanSound Audio Zen in turn diverges from the other two with a more classic copper sound. It sits right between the other two in terms of warmth, but has a smoother top-end. Zen pairs well with neutral-to-bright iems, offering a nice balance between warmth and sparkle.