AAW established their name with their former flagship, the W500. Sporting a hybrid configuration with an unusually powerful dynamic driver, the W500 soon became a must-have for bass enthusiasts, while achieving instant fame for its high ranking on jelt2359’s FFAB shootout here on The Headphone List. Two years later, they’re back with its successor, the W900. The W900 shares some similarities in its tuning philosophy, but has matured across the board: smoother, more refined, and technically highly capable. 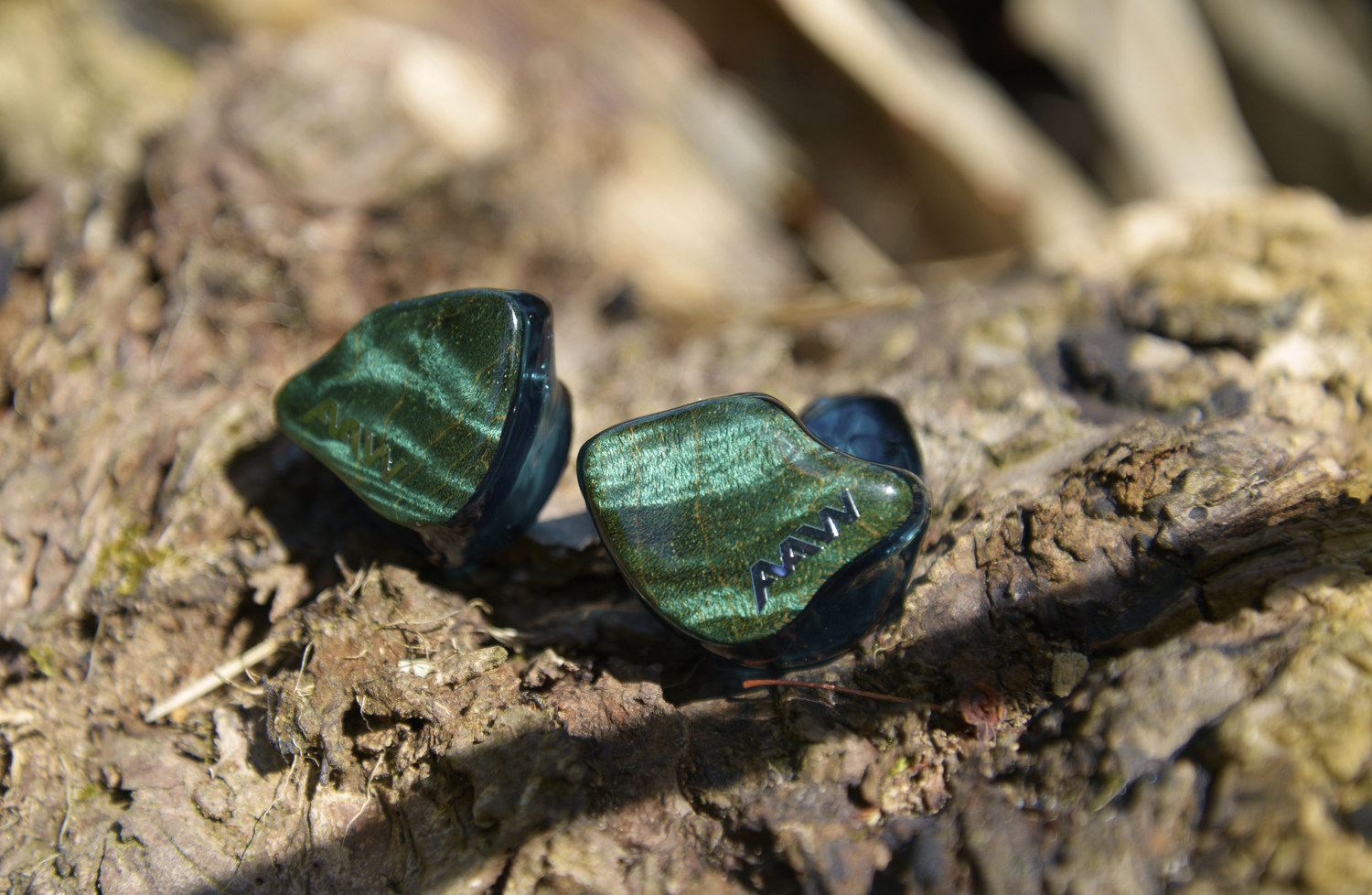 The W900 comes with a stock 4-wire SPC cable, which is neither particularly warm nor bright. However, there is a bit of dryness in the sound, and a trace of harshness in the upper midrange depending on the pairing. It sounds cleaner, but less warm than the common OFC 3-wire. However, its top-end extension is similar, and not particularly impressive. Accordingly, it doesn’t improve the W900’s performance, although it does sound a bit airier. However, I might have preferred a warmer cable pairing to benefit its timbre. That being said, I’m not a fan of the typical SPC tone despite their popularity for pairings with top-tier monitors, so this doesn’t only count for the W900. There tends to be a trade-off of cleanliness and the perception of detail for tone and naturalness, and I’d personally choose the latter. But of course, one might correctly argue this comes down to preference.

Presentation
“Give me a wide as possible stage, and awesome bass”– without a doubt the two most popular requests when asked for recommendations. AAW seems to have taken these two key concepts as a starting point for the W900. But even so, they weren’t content with just a ‘fun’ tuning; they wanted to take the W900 to the next level – the top-tier level, competing with the best. As a result, the W900 has a mature tuning that demands to be taken seriously; let’s keep the wide stage and enhanced bass, but add a flagship worthy midrange and resolution to the mix. AAW accomplished this with a balanced signature, full-bodied midrange, and impressive top-end extension.

The W900’s signature is hard to fit within a specific category. It’s served with a nice bump in its midrange, providing density and body to the sound, while being powered by its dynamic driver down below. The tone is balanced by a lift in its lower treble. As a result, it not only boasts a full-bodied midrange, but a clear-sounding one as well. Yet, the treble itself remains remarkably smooth, and even somewhat laid-back. As a result, the W900 manages to be neither particularly warm nor bright. Instead, it sounds clear and detailed, while simultaneously remaining smooth, and even somewhat dark. One might say it’s a variation of neutral, specifically its upper midrange and treble approach. But even so, neutral doesn’t really seem to capture this signature, especially considering the fun element that its bass provides – a light-hearted note, reminding us not to take everything too seriously.

But the W900 impresses most with its stage presentation. ‘Wide’ wouldn’t sufficiently capture the W900’s stage; impressively wide seems to be more apt. The W900 seems to have redefined a new limit for an iem’s width, one that can finally rival headphones. In addition, the stage is rather tall, effectively creating a large screen. It’s like watching your music on the big screen – paying a few dollars to go to the cinema, rather than streaming it from your laptop. Its depth is roughly average, although the W900’s extreme width tends to make it seem less deep, by means of their proportion. However, there’s sufficient space for its layering, and its imaging is quite precise. Nevertheless, the separation mostly works well by taking advantage of its width, positioning instruments more alongside vocals rather than right behind them. Strictly speaking, it might not be the ‘correct’ way to do it from an audiophile perspective, or at least, not the traditional way. But it’s a staging that works, as witnessed by its excellent separation – so I’m not one to complain.