Bass
The UE18+ Pro’s coherent signature begins with its bass. In terms of impact, it’s a relatively neutral bass. But it’s a very natural sounding bass. Due to the attenuated treble, the bass has a warm, soft feel, while its tone is very accurate. The result is an instrumental-sounding bass: whether bass lines or kick drums, they sound like they’re being produced by musicians, completing the rest of the band. Nevertheless, it’s a bass that feels comfortable remaining in the background. It’s not a mean, hard-hitting bass, so it might not be sufficient for the more bass-enthused. This too is a result of its laidback treble, that subdues the clarity of its impact. But even in the background, it’s a bass that remains felt, due to its excellent low-end extension. Its definition and speed are around average.

While the bass is relatively neutral in sub- and mid-bass quantity, the UE18+ Pro’s warmer tone results from an equally linear upper bass. This is a region that often tends to get cut in order to create a cleaner sound, and an airier stage. But in doing so, it removes a layer of richness from the music, such as the lower harmonics that add their own sense of realism and naturalness to the presentation. And equally important, attenuating it affects the warmth of the tone, and the lower end of the vocal region. Reason for the UE18+ Pro to choose differently. Accordingly, the UE18+ Pro doesn’t create an analytically clean stage or the most separated sound, but it does contribute to its natural signature. Overall, it’s a quality, audiophile bass in tone and extension. It might not be the most impactful, but it’s very coherent in the presentation. 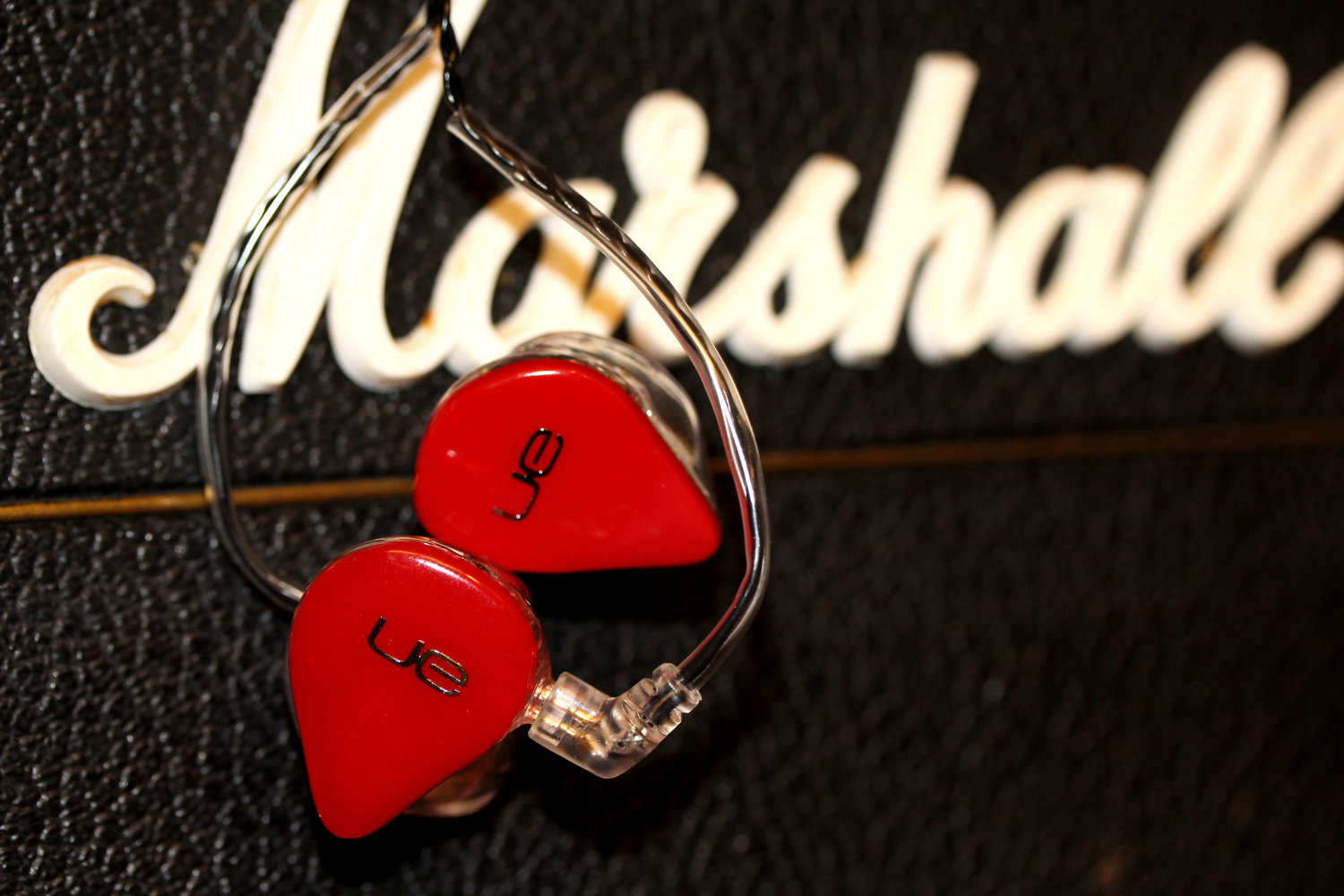 Midrange
The UE18+ Pro’s midrange is slightly forward, with a moderate amount of thickness in its notes. Due to the excellent balance throughout the midrange, instruments have a fair amount of body, and convey a nice sense of power – this midrange rocks. But the first thought that comes to mind is how accurate it sounds, how lifelike. It’s a realistic reproduction of sound, resulting from both its timbre and lower harmonics; the subtle traces following a note, that contribute to an overall sense of realism. But this isn’t a clinical return of how an instrument should sound; it sounds warm, smooth, and inviting – this is a seriously natural-sounding midrange, resulting from an inherent warmth throughout the midrange.

Many iems struggle with the upper midrange tuning. Manufacturers commonly choose to add a lower treble peak in order to boost an iem’s clarity and precision, preceded by an upper midrange dip. But the dip affects the balance in the midrange, both the instrument size and timbre. The UE18+ Pro’s upper midrange instead remains very linear, followed by a lower treble dip. This not only results in a more linear, and accordingly more beautiful upper midrange, but an overall warmer and more accurate timbre. Whether the chord of a guitar, the beat of a drum, or the sensual note of a saxophone – the tone is just right. Not overly bold, impressive, or sparkly – just a close approximation of how it should sound. At the same time, electric guitars are allowed to screech a bit, but they might miss some bite when moving up the scale. Similarly, there’s only a modest touch of sparkle on an acoustic guitar – a tuning intended on keeping it safe. It’s the result of a tuning that starts to dip after 4 KHz, effectively avoiding the whole sensitive 5-7 KHz area. Because above anything else, the UE18+ Pro’s midrange is smooth.

The UE18+ Pro’s vocals are a highlight; not only within this tuning, but in this shootout. They’re slightly forward, and nicely sized. But most of all, the UE18+ Pro’s vocals are extraordinarily well balanced, resulting from a linear tuning from the upper bass all the way to the upper midrange – the full vocal range. Accordingly, the UE18+ Pro excels in both male and female vocals. And in both cases, the vocal presentation is exceedingly natural. It’s not an overly powerful presentation – it’s just a very realistic reproduction. When you listen to a vocal, there’s little doubt this is exactly how a voice should sound. It’s not just because of the warm tone and smooth sound; it’s like the producer told the vocalist to stand really close to the microphone so they don’t have to stress their voice, while still allowing you to capture the most subtle nuances – the rasp in a voice, or a subtle vibrato. This is the definition of both a natural and realistic vocal reproduction – an outstanding performance. 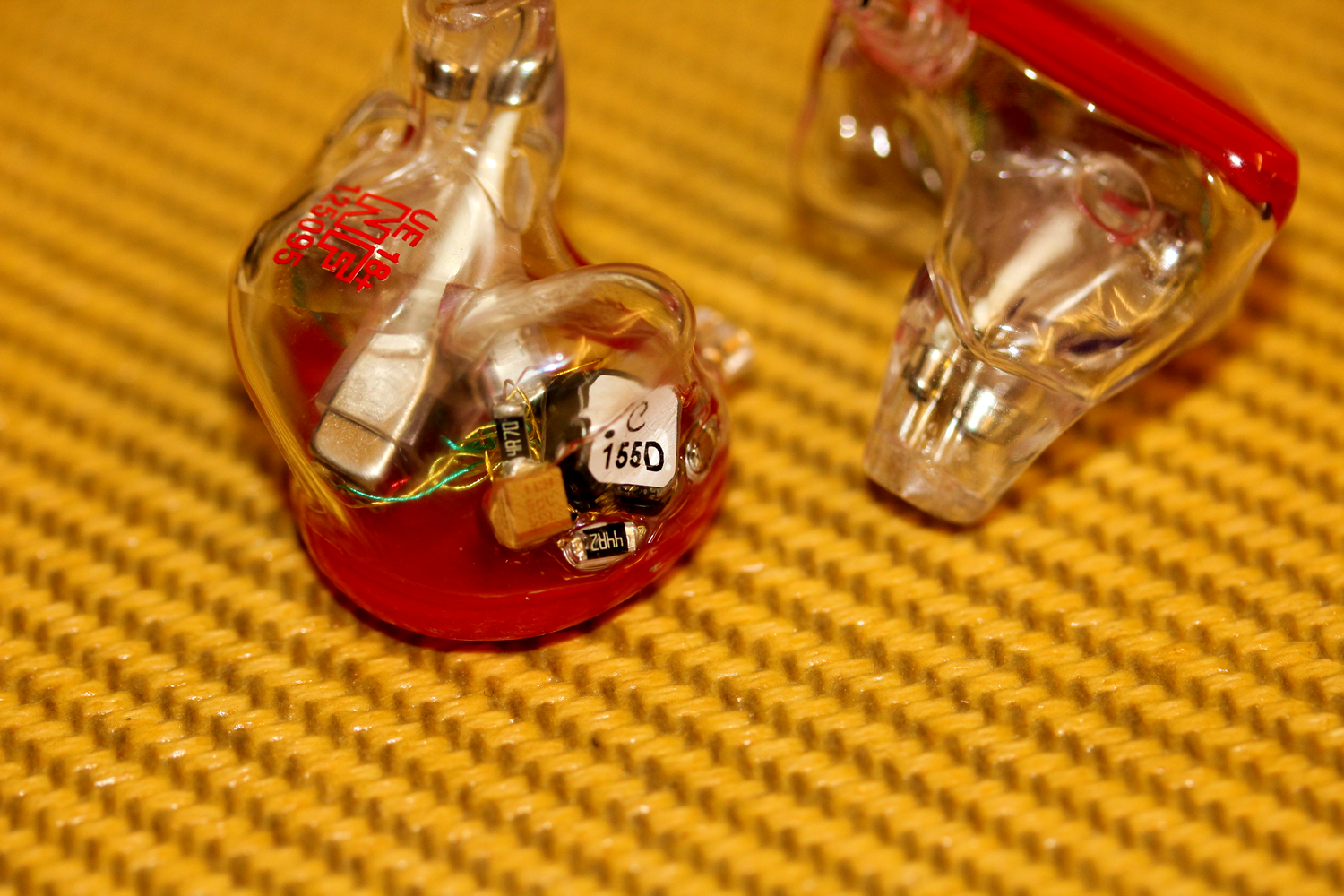 Treble
More than anything, the UE18+ Pro’s natural tone and smooth signature is determined by its treble tuning. Significantly dipping the lower treble results in a simply beautiful treble tone; slightly warm, and oozing in naturalness. It’s the type of treble that makes listening to drums a delight. The attack of a snare drum is a rare treat, but the same can be said of a cymbal. Of course, it won’t be the most sparkly in nature, nor is it particularly upfront in its detail retrieval. And its definition and speed are only average. But it’s the type of treble tuning that actually makes you want to listen to the treble.

But no good deed goes unpunished. Unfortunately, the treble dip comes with its own consequences. The lower treble tuning produces a smooth note release, but sacrifices a bit of its precision in doing so – the articulation of notes, and precision of imaging. In addition, while the UE18+ Pro’s tone excels for band-based instruments as guitars or brass, the attenuated treble affects the tone of string instruments. There’s just a slight wooliness around the note of a violin or piano. This is also partially the result of its main critique; the lower treble dip affects its transparency. As a result, instruments don’t come across as pure as they could, which becomes especially apparent with an instrument like a violin. Even so, it doesn’t necessarily feel as a downside, due to the coherency of the presentation.