Satin Audio’s Griffin is a vibrant, linear and airy-sounding cable. Tonally, it’s a well-balanced neutral, but the Griffin encourages musicality by producing large, well-defined images. More impressively, it possesses the extension required to ensure stability and headroom, so those instruments don’t suffocate during longer listening sessions. This is aided by the Griffin’s measured doses of smoothness and body. Stage size is admirable, given the price. Where the Griffin most definitely impresses is in layering and separation. Channels of clean air travel between instruments, achieved without egregious treble peaks. It truly is this balance between fun and composure that earns the Griffin much of its success.

Bass definition is one of the Griffin’s strongest assets. There’s an airiness, clarity and control to the bass that brings out the textures in kick drums and toms that might’ve initially been masked by warmth. An example would be the kick drum in Snarky Puppy’s Chonks. When heard through Custom Art’s FIBAE Black with its stock cable, the bass is more bloomy and bloated. With the Griffin, you can hear more of its tone; there’s more of a thwack beyond just the thump. But, you lose none of that organic warmth either. And, impact is more palpable as well. It’s not boosted per se, but by cleaning up that bloom, the bass transient comes through more cleanly. Hits don’t sound as messy, so they possess more impact.

Another key player to the Griffin’s lively, vibrant signature are its upper-mids. It’s brought forward with a crisp, neutral timbre which adds crunch to electric guitars, snap to snare drums and articulation to vocalists. But again, the rise has been kept light to preserve the linearity and naturalness of the entire presentation. The lower-mids are comparatively more laid-back, but they’re definitely still even-handed. All this results in the bigness of instruments I described earlier, which serves dividends in musicality and engagement. They loom large, but they keep their distance too for headroom’s sake. Perhaps the mids aren’t the most transparent I’ve ever heard. Background blackness isn’t absolutely flawless. But, for an entry-level cable, this is clearly stellar performance – again, a delicate balance between energy and composure.

This is then topped-off with a smooth, refined and yet clean top-end. There’s a hint of bite to the treble that perfectly matches the energy of the bass and the midrange, without overdoing articulation. Because of this, the low-treble has no glare whatsoever, and the top-end overall resides on the warmer side of neutral. But, it isn’t rolled-off either. The treble extends sufficiently, so articulation never sounds dulled, stunted or muffled. Cymbals and hi-hats sound complete, and they pop admirably from the background as well. Like the mids, the treble perhaps isn’t the most resolved in the world. But again, at this price range, I’ve rarely ever heard better. In tone, presence and sharpness, it hits the spot remarkably.

Because of its charming tonal balance, the Griffin possesses an impressively versatile signature that works with a large majority of monitors, and genres of music as well. Here are its top three attributes that I think are worth highlighting:

Well-balanced, vibrant musicality: By focusing the bass and raising the upper-mids, the Griffin adds subtle pockets of liveliness throughout its frequency response without coming across overtly-coloured or artificial. If you have a natural-sounding IEM in need of punch – like Custom Art’s FIBAE Black – the Griffin will deliver without compromising tone.

Increased bass definition: The Griffin is excellent at tightening the low-end and getting rid of any bloomy, excess warmth. But, that doesn’t mean the resultant response is recessed or laid-back either. The Griffin retains the monitor’s inherent impact, and allows the transient to come through more cleanly – ideal for less-resolving IEMs marred by bass bloom.

A refined, inoffensive top-end: The Griffin’s top-end is smooth, refined and relaxed, but not rolled-off. There’s a hint of sparkle there to complement the raised upper-mid presence for crunchier guitars, snappier snare drums, etc. So, if you want a smidgeon more bite to the top-end without any brittleness, sibilance or glare, the Griffin will definitely deliver. 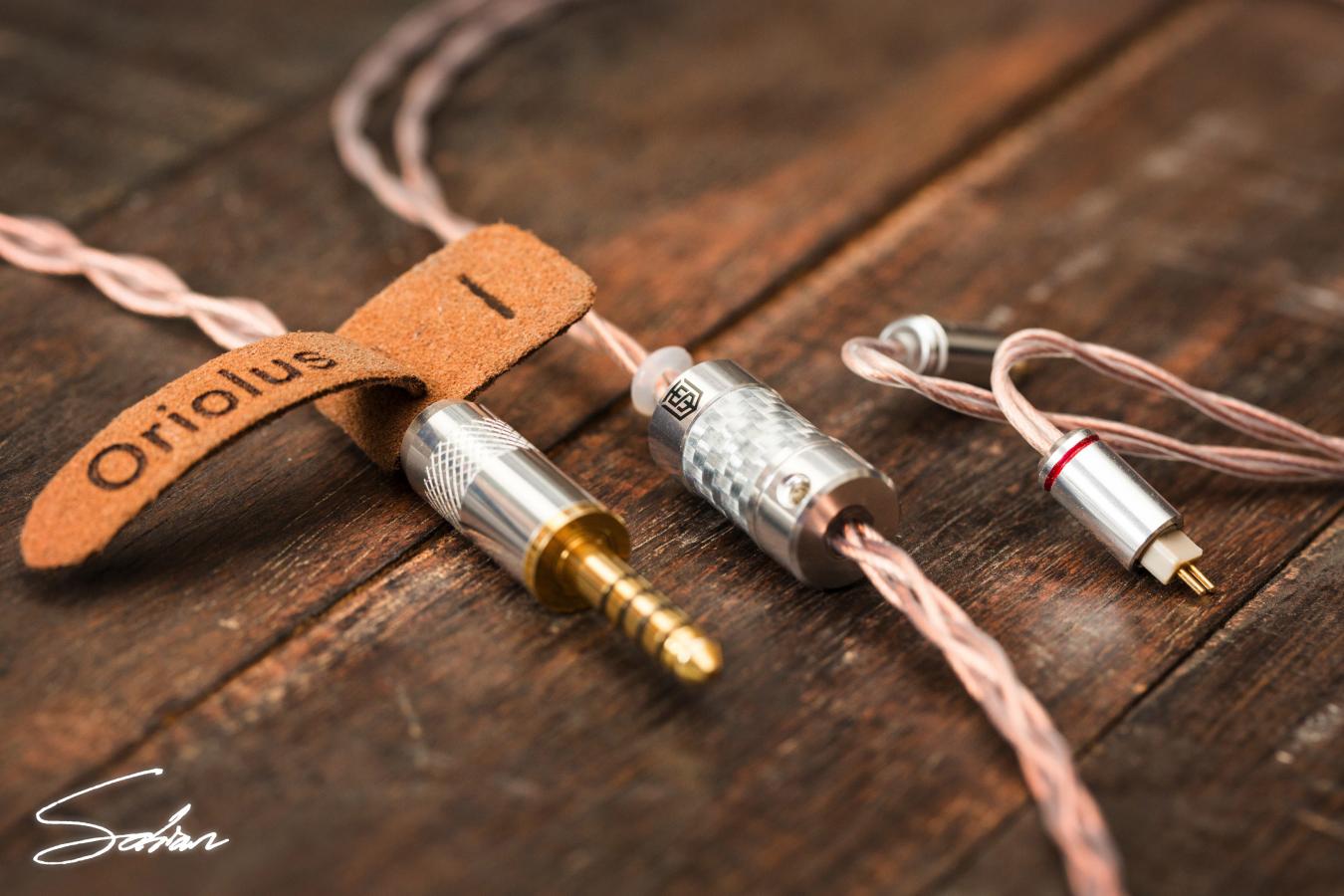 Because of its evenness, the Griffin also does not possess much colouration in either of its extremes. More than anything, it engages through musicality in the midrange. As a result, it cannot fulfil the following three qualities:

Thick, syrup-y warmth: It’s reasonable to expect a warm, full sound from a copper cable. But, the Griffin is unique in that its low-end is tight and compact. Similarly, its lower-mids are more reserved in favour of the upper-mids taking centre stage. If a thick, bass-dominated sound is what you desire for your monitors, the Chimera is the more suitable option.

An ultra-dynamic sound: Again, because of the Griffin’s emphasis on the midrange rather than the extremes, it won’t add much contrast or punch to your in-ears. It’ll add a crunchy, forward timbre to instruments like the electric guitar, and it’ll focus the low-end by tightening it. But, if extra bass impact or top-end snap is what you desire, the Griffin won’t provide.

Immense treble presence: The Griffin refines the top-end and adds a certain amount of texture, but it’s laid-back-sounding at the same time; quality over quantity. You’ll be able to hear more clarity and definition compared to the stock cable, but those details won’t be brought any more forward. So, the Griffin isn’t ideal if crispness and sparkle is what you want.