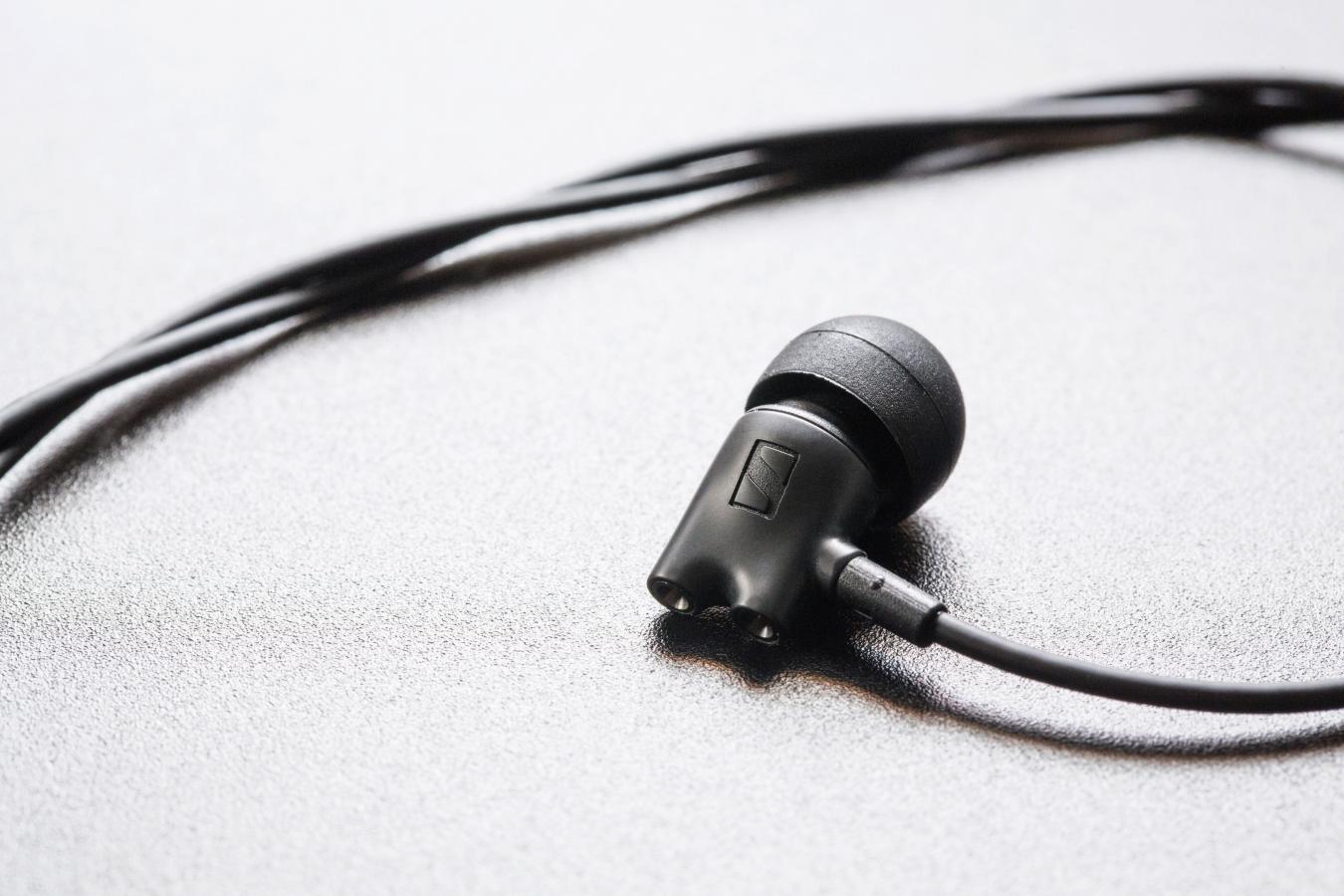 The Rosie is a six-balanced-armature monitor designed by JH Audio. Like the IE800S, it’s a sub-$1000 in-ear aimed at redefining what’s possible at that price range. And, I believe both companies have made truly admirable efforts. The Rosie possesses a balanced signature with a neutral tone, but it differs from the IE800S in note structure and top-end timbre. Unlike the IE800S’s upper-mid dip, the Rosie possesses great vibrance around 2-3kHz, which adds a wetness to instruments like electric guitars and horns. Those very same instruments sound more compact and less playful on the IE800S. But, they sound cleaner on the latter. This is also because of the IE800S’s noticeably sharper top-end peaks. 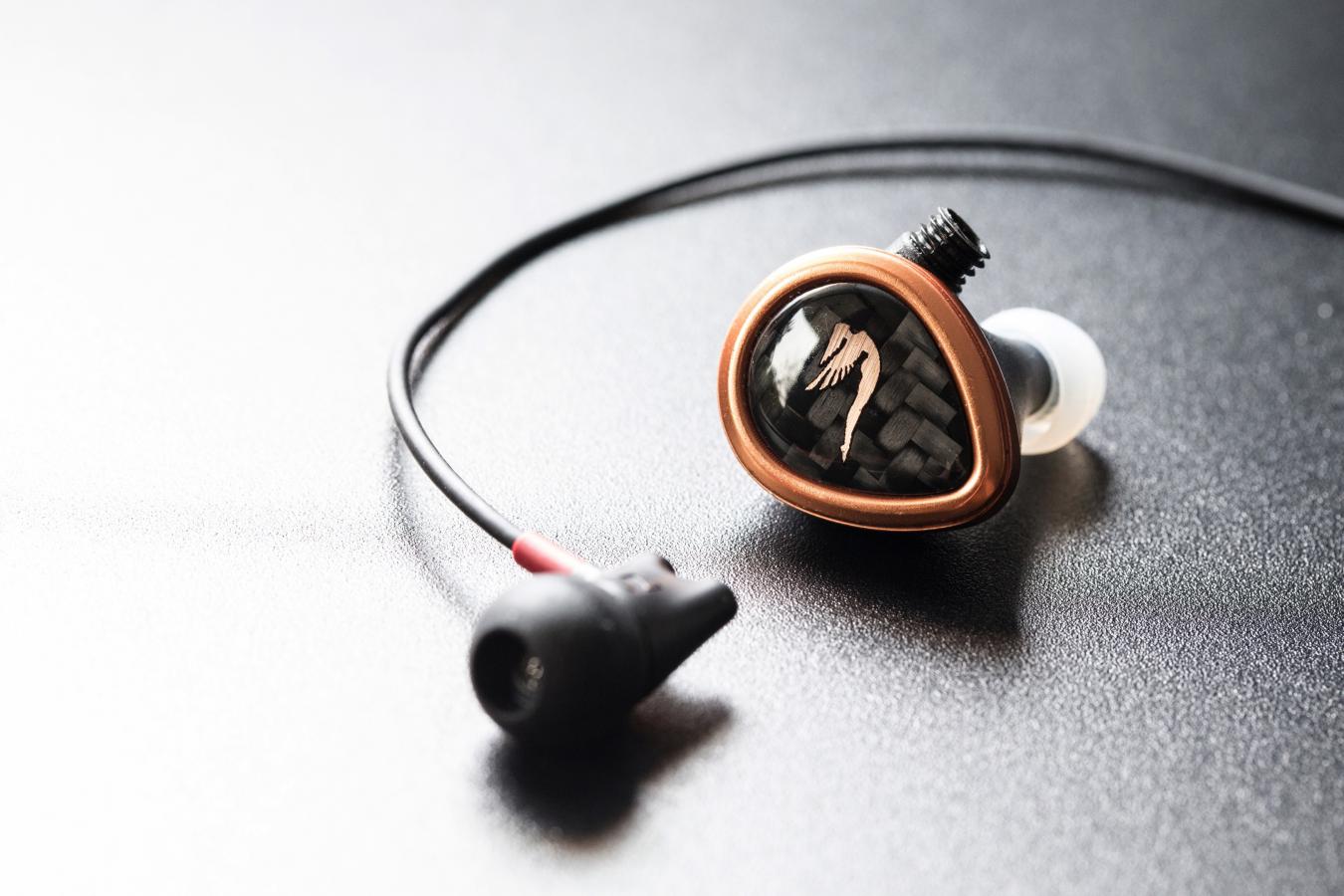 The IE800S possesses a more prominent upper-treble. Aside from the crisp transients that produces, it also accentuates the contrast between the notes and the background. So, you get sharper, more dynamic and clear-cut instruments with the IE800S, while they’re more laid-back on the Rosie. Finally, that top-end energy highlights the air between instruments as well, which enforces the IE800S’s perceived separation. On the other hand, the Rosie comes across more linear and more even-handed. Its transients aren’t as energised as the IE800S’s are, so they’re easier on the ear. Of the two, Rosie has the edge in long-term listening. Plus, the Rosie’s impressive extension allows it to achieve similar levels of resolution without forcing the top-end. It can’t achieve the IE800S’s level of contrast, but it gets close with less tonal compromise.

64 Audio’s A6t follows a similar tonal direction as the IE800S. It’s neutral and clean-sounding with full-bodied, meaty and dense-sounding instruments. In addition, it’s muscular and powerful down low as well. Although they strike similar hues, they do differ in presentation. The IE800S compacts its notes and emphasises the spaces around them, which highlights separation, cleanliness and background blackness. The A6t possesses larger, wetter, more vibrant instruments that play and intermingle with each other. Although it resolves just as well, the A6t webs them just enough to form an engaging, interweaved wall of sound. So, it wins points in musicality, long-term listening and fun. Conversely, the IE800S distances its instruments as far as possible. So, it has the edge in organisation, left-right separation and background blackness. 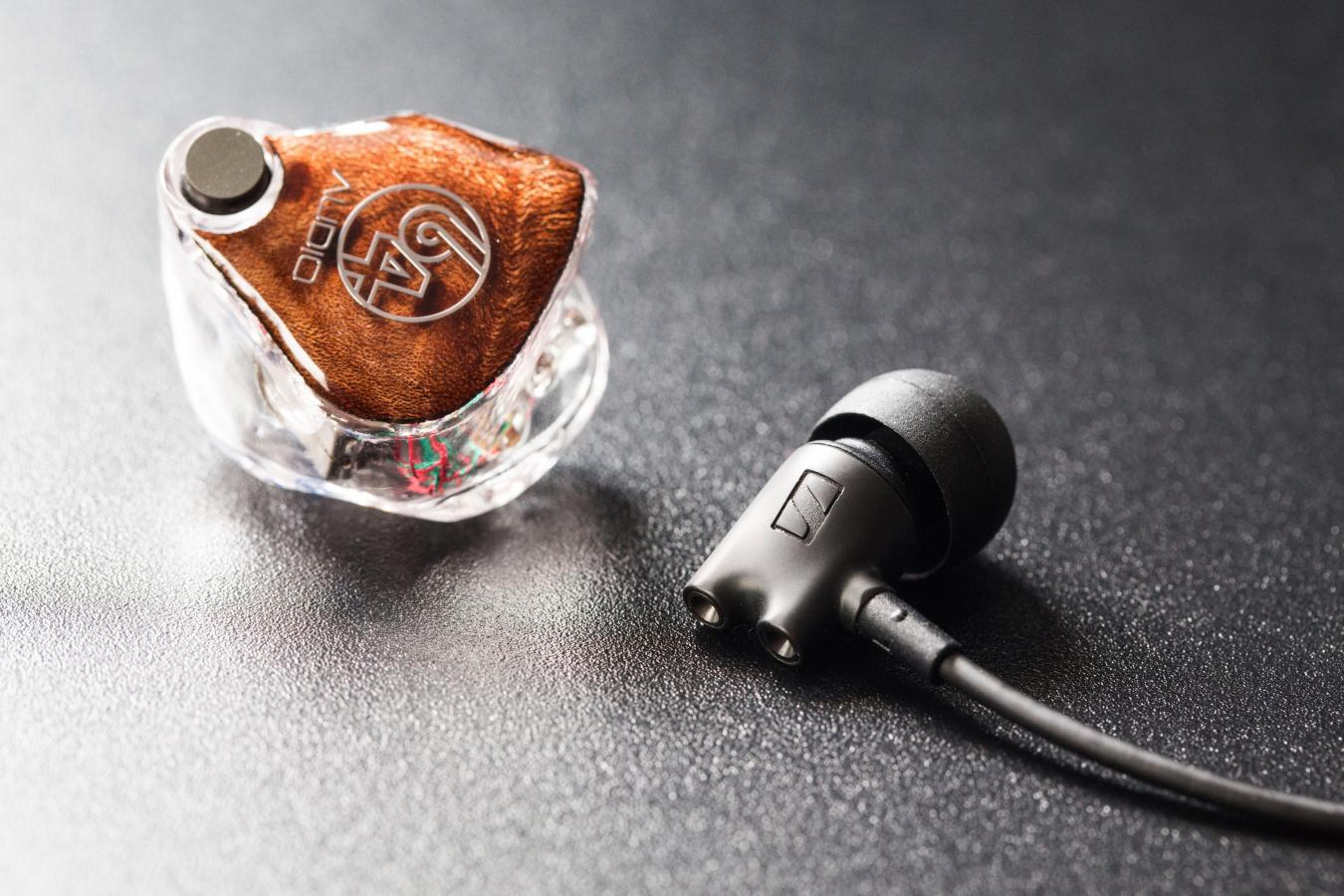 The A6t possesses more bass presence, which adds a great foundation to tracks like Lake Street Drive’s Good Kisser. The IE800S’s low-end is tighter and more authoritative, but that’s a given considering the technology at play. In timbre, it’s aimed more towards retrieving nuance and dissecting mixes, but the extension it possesses gives it the ability to be fun-sounding as well. The A6t’s low-end isn’t as clinical, but it’s more pleasurable to rock out to with genres like hip-hop and modern pop. Vocals are positioned further forward on the A6t. The IE800S’s midrange is comparatively leaner. How tight those notes are certainly help bolster the IE800S’s separation and clarity. But, they may come across small at the same time. The A6t’s livelier images are more actively engaging, but less surgically precise. So, it depends on the presentation you prefer. The top-end is crisper on the IE800S for utmost clarity, while the A6t’s is thicker and more linear to my ears.

The EarSonics EM64 is somewhat of a bridge between the 64 Audio A6t and the IE800S. It shares its neutrality with both monitors. All three are tonally well-balanced and refined. With the A6t, the EM64 shares its vibrance and note size. The images within the EarSonics monitor’s stage are large, lively and engrossing. But, it terms of segregation and the ratio between instrument to background, it has more in common with the IE800S. So, the EM64’s instruments are tighter than the A6t’s, but less clinical than the IE800S’s. In terms of stage construction, it’s certainly more akin to 64 Audio’s A6t. The IE800S’s stage is clean and clinical, but a hair deeper than it is wide. The EM64’s image is more carefree by comparison with more forward instruments. However, its resolution is in the ballpark, even if its notes aren’t as surgically separated. 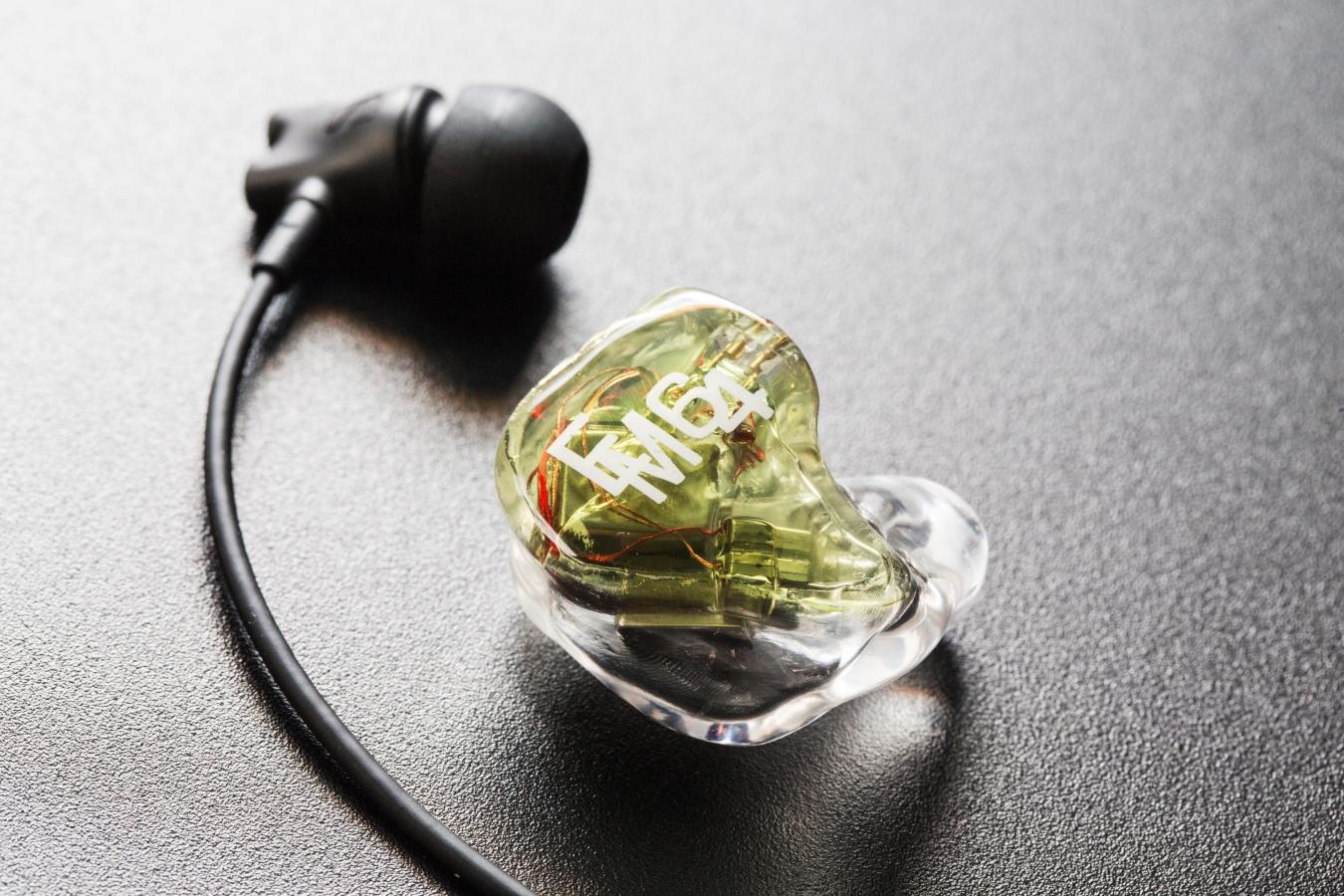 The EM64 is most like the IE800S in top-end timbre. There’s a touch more crispness on the latter, but both trebles are crisp, airy and articulate, yet infinitely refined as well. Both possess excellent headroom, which allow whatever bite-y notes there are to breathe. The IE800S does have a brighter low-treble, which makes it more susceptible to glare with less ideal tracks. Despite this similarity, the EM64 is the more coherent monitor overall because of its fuller midrange; the upper-mids, specifically. The IE800S’s 3-4kHz dip creates a slight gulf between the lower- and upper-ends of the spectrum to achieve its separation. It’s not egregious enough to be harmful, but it’s noticeable. The EM64 bridges more effectively. Stereo separation may not be as high, but the edge in linearity can certainly end up being more appealing.

Sennheiser’s IE800S is a technical triumph. At $999.95, it offers a great value for neutral in-ear monitors that emphasise separation, clarity and resolution without compromising bass performance, coherence and organicity. The definition it possesses makes it ideal for audiophiles who love dissecting mixes and discovering nuances. The black background and stability it exhibits is top-notch. But, the meatiness and unity that single dynamic driver brings allows all of it to come through as naturally, effortlessly and refined as possible. If you like your monitors warmer, wetter or more intimate, the IE800S won’t perhaps be your cup-of-tea. A couple issues with the cable threaten to bring it down too. But overall, I believe the IE800S to be a very impressive performer that exemplifies why Sennheiser are the icons they are today. 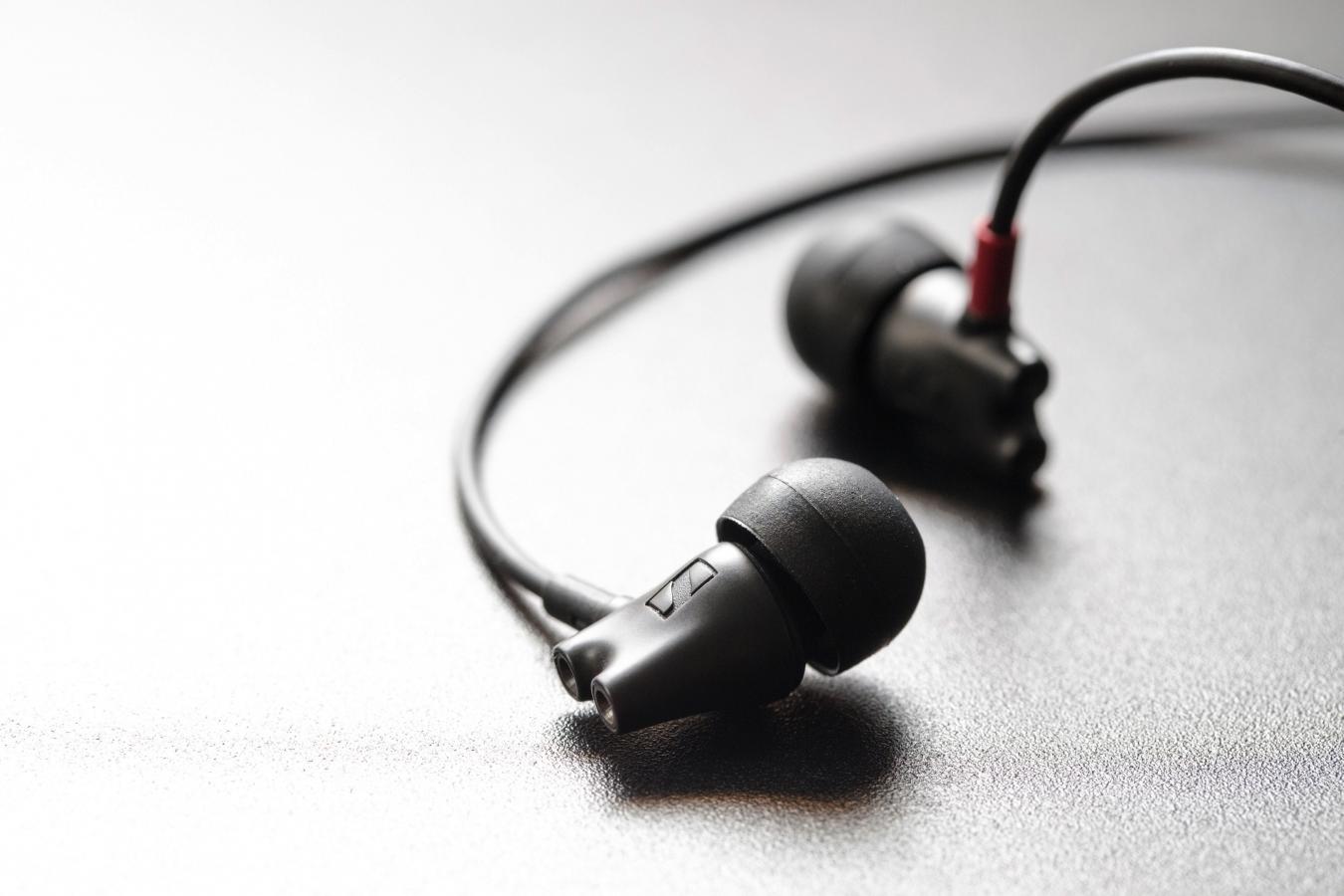