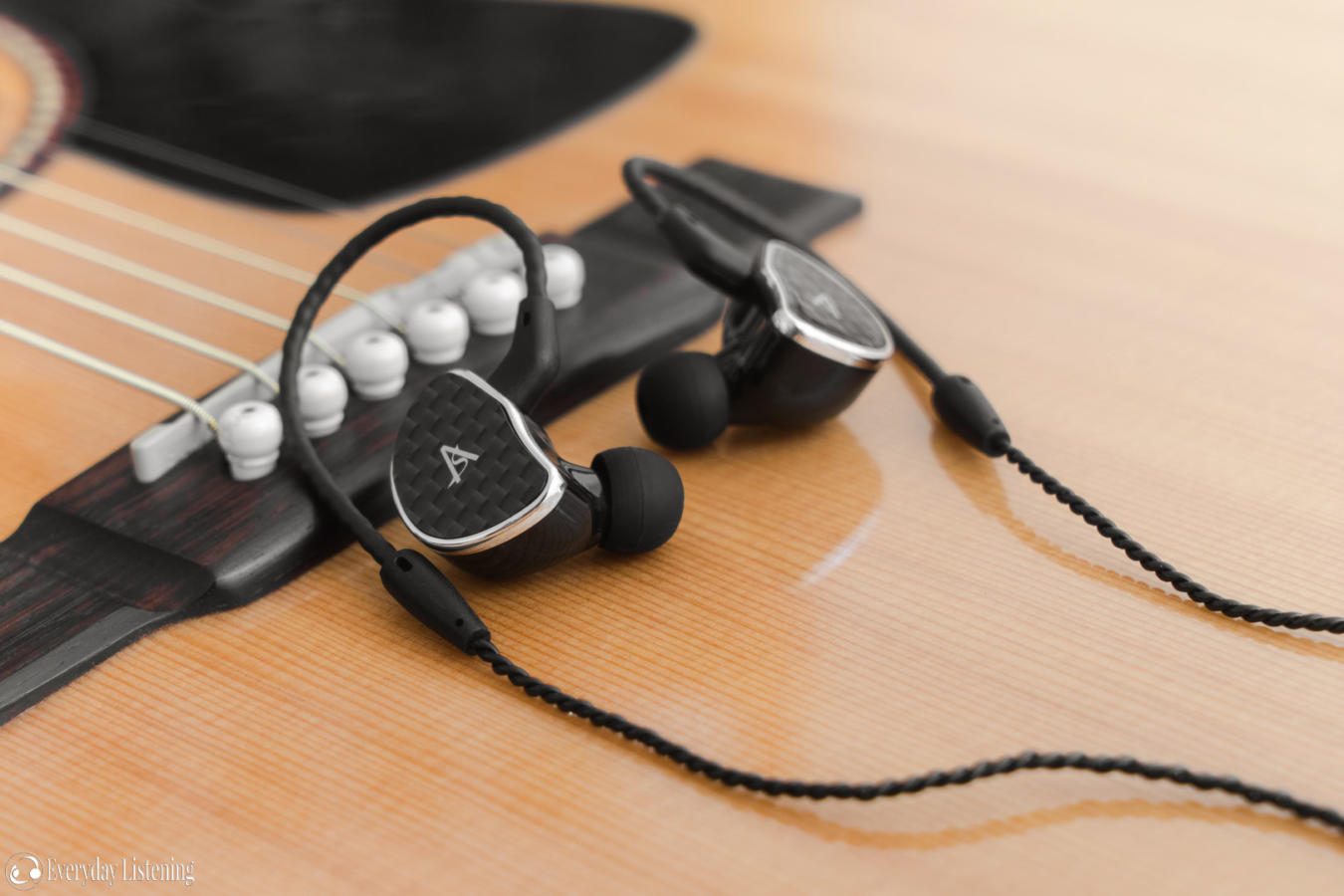 Both the Hibiki and Hibiki MKII are quite upper-midrange biased, the source of their high clarity and also some contention regarding brightness and unnatural timbre. However, where the original Hibiki had a lean low-end, creating a heavily coloured sound, the new MKII brings up the bass, enhances extension and also emphasizes the upper-midrange to a slightly lesser degree, creating a more balanced presentation. It, therefore, represents a great refinement of the same style of tuning similar to that we’ve seen from Kinera’s earphones.

Though still coloured and clearly upper-midrange forward, the MKII forgoes the lean sound of its predecessor in favour of a substantially more impactful low-end and a more natural midrange. It has a particular focus around the sub-bass frequencies, with a slightly fuller mid-bass filling in body. Bass is more extended, with impressive rumble and slam for the price. It retains the Hibiki’s speed and modest mid-bass quantity produces a light warmth without bloat, enabling high definition.

Control is also quite good, ensuring its enhanced sub-bass never becomes muddy and ill-defined. The Hibiki MKII, therefore, presents a very pleasing low-end that has pleasant sub-bass fullness and light warmth all the while maintaining strong separation. It’s impactful enough for listening in louder environments, but not overly enhanced for more critical home listening.

Upper-bass and the lower-midrange are both substantially attenuated, so mids remain thin and cool in tone in addition to being well-separated from the bass. Male vocals are notably laid-back and quite dry as a result, however, as emphasis quickly picks up into a very present upper-midrange, female vocals are very forward and clarity is immense. As the MKII now has more body emanating from its greater low-end presence, vocals no longer sound so thin and raspy, however, mids still aren’t especially natural either.

Treble also avoids over-emphasis so though the midrange is forward, it’s not especially sharp. This is the main differentiator between the Hibiki MKII and other Chi-Fi competitors that tend to compound upper-midrange emphasis with further treble emphasis. Another notable feature of the Hibiki MKII is its flawless upper-midrange extension. This makes it very open and clear, however, it also negatively affects body. As such, those searching for a natural timbre likely won’t be converted to the Hibiki train, but female vocal lovers will have a great experience.

Treble is also refined compared to the original. As the lower-treble is attenuated, the Hibiki isn’t too fatiguing and vocals aren’t over-articulated. Upper-mids are forward but not overly sharp, rather, they are quite smooth. The MKII is appreciably smoother here than the original too, and with regards to detail presence, neither are crisp but both have adequate detail presence. On initial listen, the original Hibiki may sound more vibrant with its slightly more forward high-frequencies, however, it doesn’t sound as well-bodied or natural as the MKII so actual detail retrieval is lower.

Like Campfire Audio’s Comet, the Hibiki MKII achieves its detail presence through an upper-midrange peak as opposed to actual treble emphasis and it, therefore, avoids sibilance. However, it may lack attack and crispness for many, especially coming from competitors that are enhanced in this region. Otherwise, the Hibiki MKII extends fairly similarly to the original and provides a small bump in the middle treble for air. Users still shouldn’t expect high-end resolution and micro-detail; this is undeniably an earphone that caters towards the upper-midrange lover.

The MKII has a slightly larger soundstage than the Hibiki and it’s hugely more coherent due to greater balance. In the grand scheme of things, expansion is admirable for the price and imaging is quite good as midrange body is increased, creating more defined layers and more easily located details. It may sound counterintuitive that the warmer, fuller MKII has better separation, however, the original comes across as rather diffuse to me, and it misses the fine details the MKII discerns. The MKII is, therefore, quite a strong performer in this regard.

The Hibiki MKII has the same 18ohm impedance and 102dB sensitivity as the original making it quite efficient. Like the original, it also varies slightly by source, Shozy even recommends running the earphone from an under-powered source to deliver a warmer sound, albeit at the cost of detail. And, in listening, I would agree, the Hibiki MKII had noticeably more sub-bass when driven from my HTC U11 than from my dedicated sources. I didn’t find it to scale hugely in terms of resolution, however, this does provide an interesting option for listeners; offering a bassier sound on the go and a more balanced one at home from a dedicated DAC/AMP.

Ocharaku Co-Donguri ($60): The Co-Donguri is slightly more V-shaped. It has greater bass extension and slightly more mid-bass, creating a warmer low-end. Both have an attenuated lower-midrange creating a cooler midrange. The Co-Donguri has a more forward upper-midrange, however, a dip around 4KHz aids density. As a result, it sounds more accurately bodied and more natural than the Hibiki MKII while being similarly clear. Another prime difference includes a later peak just before the lower-treble. As a result, the Co-Donguri has more detail presence and it’s crisper, yet as it has a subdued 6KHz region, it also isn’t too sharp. The Ocharaku is the more detailed earphone and it has better extension. The Hibiki MKII has a larger soundstage while the Co-Donguri images better.

Hibiki ($60): Both are quite similarly tuned, with a forward upper-midrange, however, the MKII is slightly less bright and its bass is considerably more forward. This is especially so with regards to sub-bass, however, mid-bass is also brought forward. Upper-bass and lower-mids are similarly attenuated while upper-mids are similarly forward. However, as the MKII has a warmer low-end, its midrange is significantly more natural, especially with regards to body. Treble is less forward on the MKII and more linear, creating higher detail retrieval. Both extend similarly and have fairly similar soundstage expansion. That said, the MKII images appreciably better.

The Hibiki MKII retains the same upper-midrange first character of the original while introducing a more balanced low-end, more natural midrange and slightly more detailed high-end. In terms of technical ability, the MKII is quite comparable, however, due to the nature of its tuning, it discerns more fine detail than its predecessor. This is most notable with regards to the soundstage where the MKII doesn’t make huge strides in terms of expansion but provides an immensely more coherent presentation.

Moreover, the MKII makes a few small steps forward in build quality while retaining the beloved design of Shozy’s first budget in-ear. The MKII represents a commendable evolution of the original that will not only provide an upgrade to fans of the original but may even convert some who disliked the MKI Hibiki too. With an almost identical asking price, the Hibiki MKII is a great choice for commuters and lovers of female vocals due to its more natural voicing, retained midrange clarity, tough build and strong noise isolation.

The Shozy Hibiki MKII is available from Penon Audio (International) for $65 USD at the time of writing. Please see my affiliate link for the most updated pricing, availability and configurations.