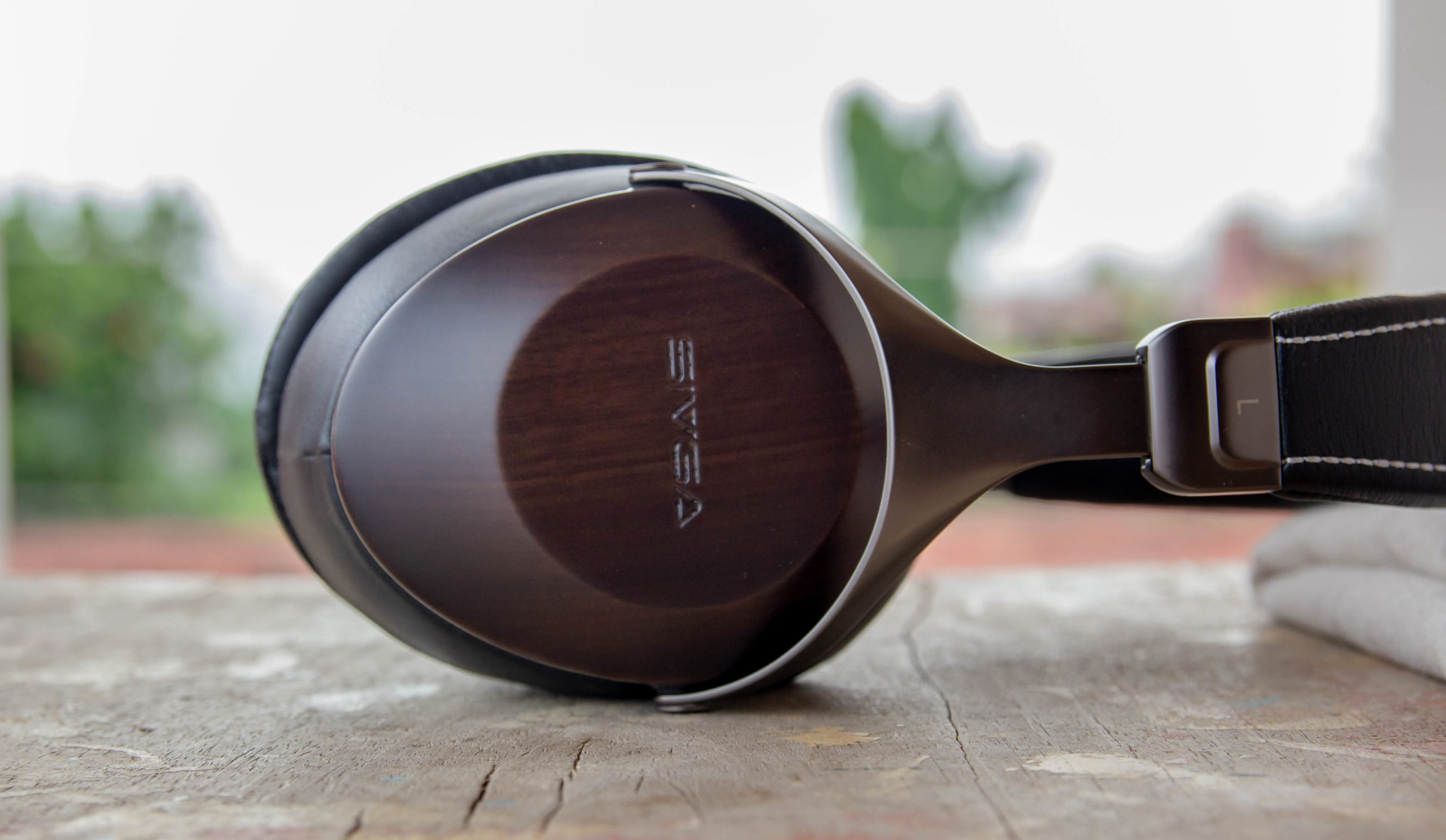 Sivga, originating from China has been making some of the most talked about headphones of recent times. They raised their head a couple of years ago and have a handful of headphones under their belt. Sivga has been delivering eye-catching designs as well as intriguingly equipped headphones since their arrival. The Phoenix reviewed by Ryan has been one of their most popular headphones.

What I am reviewing here is the SV021, aka Robin. This is their answer to the competition at $200. Just like any other Sivga headphones, Robin too has wooden cups and comes in two colors, black and brown. It houses a 50mm dynamic driver and is currently priced at $150.

I will compare it with a few old timers like SRH440 and and new gen Headphones like Blon BL-30.

Get one for yourself:

Robin ships with an all black box with some info graphics on it. Unboxing experience is very straightforward, and doesn’t have any tricks here. First thing that shows up inside the box is the headphone. A compartment within the headphone cavity contains the HEMP carry pouch and externally braided cable. There is a quarter inch adapter to use with AMPs.

HOW IS THE CABLE:

Sivga barely has any information about the cable but it is safe to assume that it’s a 2 meter (strangely their website has it at 1.6m) Copper cable with protective fiber braiding over it. This braiding will keep the cable safe for a lot longer than other without giving into general wear and tear and keeps from tangling. On the down side it makes this cable a bit stiffer than expected.

Components used in this cable are of very good quality. All the connectors and even the Y splitter is made out of metal, giving it a premium feel.

Robin has a very sturdy build quality. It uses a metal skeleton to hold the cups and head bend. It has protein leather on the head bands and earpads while the ear cups are made out of wood.

Even when the egg-like shape of the wooden cups looks eye-catching it is slightly on the smaller side and sits a bit on the lobes of my 9cm long ears but thanks to the soft and supple pads it’s done not bother at all even after hours of usage. Another problem is, it doesn’t have any sidewise movement. The cups do move vertically but that barely compensates for the uneven bone structures around the ear. It kind of feels like there is some gap and feels a bit odd, compromising it’s closed back nature. I will like a bit of sidewise movement or a slightly bigger cup, this does feel a bit odd on my bigger ears.

Sivga Robin has an impedance of 35ohm with a sensitivity of 105db making it harder to drive out of mobile phones. It doesn’t show any anomalies when driven out of weaker sources but it doesn’t get much louder. Using a portable DAC/amp is advised. A bit of power does open up it’s stage as experienced with the Earmen sparrow and TR-amp. Giving it a much more powerful source doesn’t make much sense.

I wasn’t expecting a lot out of a $150 headphone. I have a few headphones in this price range, while all of these are very good, none have the accuracy of the Sivga. The Robin with its 50mm dynamic driver delivers a well rounded performance. It’s not bass heavy but do have a dip just after the vocals while the treble region is a bit more forward. SV021 does all this without suppressing or trimming out resolution or definition. It does have a different kind of v shaped sound signature.

Just like most of the head-gears of recent times the Robin too doesn’t have much coloration while having a neutral timber.

I have used Earmen Sparrow and Qudelix 5k for this review.

This 50mm dynamic driver has a more balanced approach and doesn’t exaggerate the lower end but delivers very good details. It has excellent extension and very good sub-bass rumble but doesn’t have the volume or weight to it. Mid bass is fuller and more voluminous but is still not in the bassy category. It doesn’t try to bring the bass unless the track asks for it, exhibiting it’s control and dynamic abilities. Upper bass is slightly less voluminous but is equally capable as the Robin uses it to place notes more dynamically. It has the layered feel without slowing down or dropping frames. Decay speed is on the faster side and is neck in neck with more expensive headphones like Austrian Audio HI-X55.

If you are looking for hard hitting bass with lots of vim and vigor, please turn around. Robin doesn’t have any interest in pleasing the bass heads. It is more into accuracy and precision while keeping the air clean of any wooly stuff.

After coming from a neutral lower end we are treated with a mid range with very good transparency and clarity but this headphones only weak point lies in its mid range. The transition from upper bass to lower treble is nicely done with very good energy and clarity. Vocals have accurate notes body with neutral tonality. Both male and female vocals are aptly accurate without trying to be overly thick or thin. Finishing definitions are spot-on. Texture and details are very good too. Yes male vocals could have been slightly throatier but can’t complain about that on a $150 headphone.

What could have been better is the balance. The vocals could have been more leveled. And if the instruments after the vocals and before the upper mids have had the same projection levels as the vocals, the SV021 would have been a bit more balanced. Don’t confuse it with veil or lack of clarity though.

Instruments before the vocals and at the upper mids have very good projection and emphasis. Notes have better height and fuller feeling. From there on, the energy levels start to rise, notes get more forward and the upper mids can feel a bit sharper at times but doesn’t have any sibilance to worry about. It can feel a bit more aggressive for sensitive ears.

If we see the whole spectrum, SV021 has a V shaped signature and it’s mostly because of the elevated treble region. The rise in energy we see with the upper mids is carried over to the treble region. Unlike the mids where the Robin is willing to compromise a bit, in the treble region it doesn’t hold back. It has the forwardness and energy too. I have had a few headphones in this price range but none of them, even the MSR-7B has the treble details and extension of the Robin. It has very good contrast and details. It’s sparkly with a livelier feel. I would have liked a bit more air between instruments but I am getting greedy. It’s an excellent sounding headphone, and it’s natural to expect a bit more from it.

Surprisingly this budget headphone has a much bigger stage than its counterparts, let it be SRH440 or HD598. Robin has a very tall and wide stage which has a reverse conical feel. The best thing is, it doesn’t feel limited, it manages to deliver good dynamic cue placement.

It has a good concentration near the head and further to the head while the region in-between these are slightly thinner and a bit less dense. The treble region takes the lion’s share here but nothing feels clumsy. Cue placements and sonicality is very good, not as good as the SRH440 though.

SRH440 has been one of the classics and is still on sale.

The Shure is a more neutral sounding IEM with a slightly less extended sub-bass and less rumble. The mid bass is smaller while the upper bass is slightly more elevated. Both have similar details, texture and definition. Mids is where the Shure has a bit of advantage at first with a more forward projection but when looks in depth SV021 has better timber and notes accuracy. Both have similar details but the Robin has better separation. Treble of the Shure is lacking energy and doesn’t have the extension of the Robin. In simpler words Robin has better details and transparency with treble notes but can feel a bit aggressive.

Picking one is more about preference. If you like details, both will do, but the Robin is more sonically and technically capable headphone.

The Blon headphone has a similar sized driver but its cups are bigger. It is an open back headphone and has the similar kind of sealing issue because of its stiffer pads. Build quality of the BL30 is slightly better but it still is a bit difficult to handle because of heft.

BL30 gas slightly smaller sub-bass rumble but have similar extension. Mid bass is a bit softer with slighter bigger volume. Decay speed oddly is slower on the BL30 and lacks a bit of layered details. Mid range of the BL30 sounds hollow and lacks weight but is well balanced. It has a more organic a warmer feel. It is crisper and slightly thinner too. Vocals have very good height but are slightly on the thinner side and male vocals are oddly hollow. Female vocals are much better but the Robin is better with both. Instruments are less attacking and doesn’t have the extra bit of finishing definition but have better timber. High are less defined, less extended and can feel a bit veiled. The only place where the Blon is slightly better is with the stage. It has a more rounded stage with better sonicality and dynamic cue placement. It has slightly better layering and contrast too.

Robin is a more technically capable headphone while the BL30 is sonically better. Both won’t disappoint depending upon their applications and requirements but Robin has the upper hand.

Robin has a very good frequency response. Even if it’s not perfect it has very good transparency and details. It doesn’t veil or try to hide its sound signatures behind hollow or edgy notes. It does have the V shape but owns it with a smile. This is a neutral sounding headphone which delivers some of the best details for under $200. The bass is aptly voluminous but could have been slightly fuller, the mid range instruments could have been a bit more forward and the treble can be a bit less energetic when seen separately.

All these bits do not feel inspiring individually but put all this together with excellent transparency, very good resolution and details, it not easy to sideline the Sivga Robin SV021, especially when you are not looking for a bassy headphone. It is a very capable headphone, highly recommended.

That’s it, enjoy your music!! Cheers!! 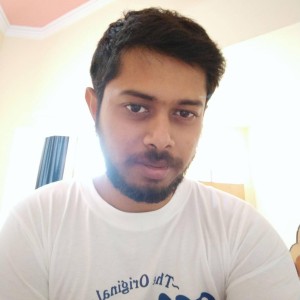