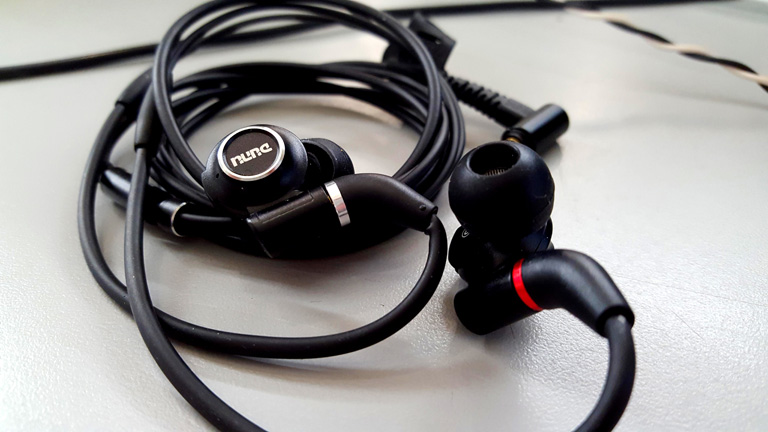 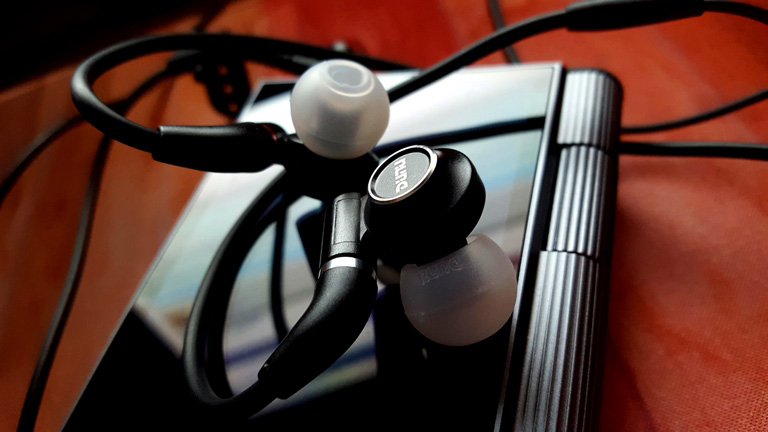 The DUNU DK3001 is a 4-way hybrid IEM, utilizing three Balanced Armatures for mids and treble, and a bad-ass 13mm Dynamic Driver for bass. It’s warm and smooth, with absolutely stellar air. I don’t mind telling you, I was nervous to test a DUNU, as I’d always read now bright their treble is. But the DK3001 is utterly natural, without a fatiguing note to its name.

That treble is masterfully peaked and raised over the other frequencies. Not to accentuate detail, and thus sharpness, but for air and light. The tuning is such that all this extra treble is smooth and natural, simply countering all that warmth from the lower frequencies. It’s needed to accomplish the remarkable balanced the DK3001 showcases.

Vocals possess a rich, warm fullness. But also more transparency than I expected, mingling with that treble air for a very open, clean presentation. DK3001 is not about high resolution, or aggressive details. I’m sure people will feel they lack in these areas. But sweet lord it makes up for it with the degree of naturalness… the rightness, of tone. Within the first hour of listening, straight out of the box, I was teary-eyed. I didn’t know what has happening… what part of the signature I was reacting to. I just knew I loved what I heard. Desperately loved it. 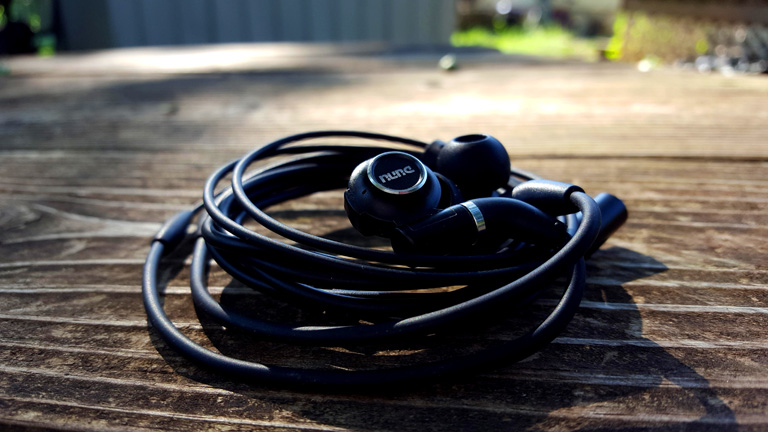 Much of that love is earned by the low-end. If you want to impress Pinky, there’s no quicker way than with killer bass. It might not be enough to sustain my enthusiasm—I do require more than that—but it’s an EXCELLENT place to start. DUNU’s bass is breathtaking. It extends so bloody far, with monstrous impact and rumble. And yet it’s really not overshadowing anything. Nor does it seep much into the mids. That airiness is here also, giving the lows such breath and spaciousness. DK3001’s bass has a depth and maturity that sounds more like full-size open-back headphones. It’s so realistic, with a very organic decay.

Soundstage is better than average. I won’t say it’s enormous, but you certainly feel a great since of space, like listening in a large, acoustically warm hall. Height is good, but depth is difficult to determine. The reason for this is the layering and separation isn’t great. Nor is resolution very high. so instruments are a little hazy and undefined. Imaging is decent, but again, the sharpness of the elements could be better.

Comparing DUNU to the Campfire Audio Dorado ($999), and I hear much less air. The treble might sparkle more with Dorado, but there’s much less of it, making the whole presentation warmer. Light is also less, as is clarity. Dorado’s highs have a thick, sweet character I’ve come to associate with their TAEC design. It’s fun, and has its own beauty, but the DK3001 sounds airier, and more natural.

Dorado’s mids are its weakest asset. They are seriously warm, and lack clarity. A real sense of veil covers them. DK3001 is just as rich and full, but has more air and transparency. And certainly more clarity. On both IEMs the vocals come through strong, but DUNU simply gives you a cleaner render.

Bass is Dorado’s forte. It’s titanic. Until I got my hands on the DK3001, this was the best bass I’d heard. But now, I can hear how it lacks some of that air and realism that DUNU offers. Dorado’s bass is larger, and perhaps that’s its only fault here. It’s too big. DUNU holds it back just enough as to let it shine all the more. It balances everything so well that the whole signature sounds its best. Dorado doesn’t quite have that balance.

The DK3001 and Dorado share a lot in common. Soundstage width is about the same. DUNU owning greater height, and maybe a touch more depth. Imaging is more or less the same. Resolution isn’t great on either. Separation is good, but again, that resolution makes the elements a little hazy.

The greatest difference between these two, apart from the price, is ergonomics. Dorado is the most comfortable IEM I’ve ever tried, and DK3001 is the least.

Taking this over to the Noble Audio Sage ($599), and I immediately miss the dynamic driver bass of DUNU and Dorado… even though Sage has nearly the same quantity as DK3001. Now, Sage does some interesting shit with its low-frequency Balanced Armature. It has one of the most natural-sounding bass I’ve heard from a Balanced Armature, being full and deep, with slightly slower decay. But still, it’s no dynamic.

Sage’s treble is decent, but I feel it’s rolled off too early. DK3001 gives you better extension, greater air and light. Yet they share a lot in high-end tonality. Both IEMs have very clean, natural-sounding treble. Sage is not without air. In fact, it does quite well in that department. Better than Dorado. But DK3001 does beat them, handily.

Sage has very warm, smooth vocals, like DUNU. But they fall more on the side of Dorado, with a veiled, low-detail quality. DK3001 is clearer, possessing more air and transparency. They are both rich and weighty, producing lifelike timbre.

Soundstage is very much alike on all axes. As is imaging, separation and layering. These three IEMs are mediocre in resolution, and I couldn’t name a winner or loser. They’re each “meh” in this category.

Again, Sage is quite comfortable, especially with a good cable. Whereas DUNU is anything but.

Recently I came into possession of an in-ear monitor that shares DK3001’s driver configuration. Just like DUNU, it’s a 4-way, with three BA’s for the mids and highs, and a single dynamic for the lows. This earphone accomplishes all those things I love about DK3001, but also gives you world-class resolution and transparency, along with industry-leading soundstage, on all axes. And that would be the 64Audio tia Fourté. At over seven times the price, I don’t feel right about doing an in-depth comparison with DUNU. Suffice to say, it’s better at everything. That’s not a cop-out. It’s genuinely better at everything. With the exception of bass. I actually prefer the quantity of bass, particularly mid-bass, DUNU offers. Gives the music a warmer tone, which I love. Still, I thought it was interesting to see two IEMs share so much in common, and yet sit so vastly far apart in price and performance. How do they do it?!