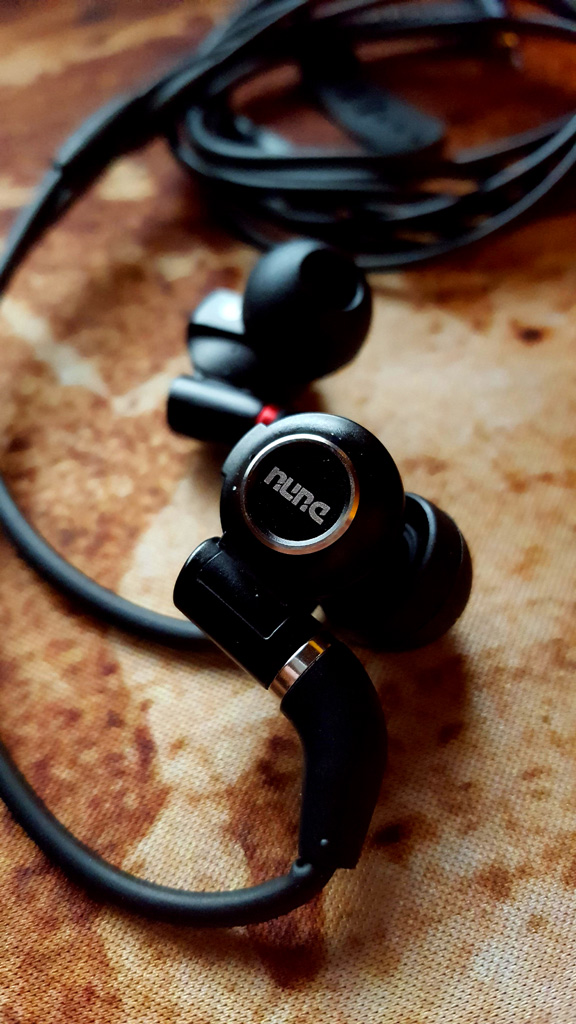 ::Disclaimer::
DUNU provided the DK3001 free of charge for the purpose of my honest review, for good or ill.

I could not avoid the DK3001, whether I wanted to or not. The goddamn thing came at me from all angles, like a swarm of Kamikaze fighter planes. I had to tell Nic I could not review it for him, since I’m already reviewing it for Joker. The tears he wept betrayed the reassuring utterances that he understood and would not hate me for long.

Oh, the pressures of being Pinky… how they weigh on a soul.

I consider the DK3001 a tremendous achievement. Seldom do I stumble upon a piece of gear I can love and loathe in more or less equal measure. These IEMs sound so good to my ears, all while actively trying to destroy them with razor-sharp edges. Finding a comfortable fit is like trying to seat a Shuriken in your ears; an agreeable orientation is one elusive bitch.

Without any of my usual hyperbole, understand that I’ve experienced pain. Real pain. That hardly ever happens. With all the IEMs I’ve tried, a little discomfort is usually the worst that might befall me, while fiddling with fit. But DUNU has made a nasty tool for torment here.

The number one rule of IEM design, as established by the Pinky Doctrine of 1766, states, “There must exist in the structural form of the monitor no sharp edges.”

DUNU broke the golden rule. The faceplate of the DK3001 is raised in relief by a steep slope, ending in a razor cut-off. Now, I know they imagined that was a safe place to put such a thing. It’s the faceplate, after all. Why would that touch any part of a person’s flesh?

Well, in Asia, I bet they never see this problem. But for larger Western ears, the IEM can fit deep enough into the canal the faceplate can rest at an angle DUNU did not foresee, and come in contact with a part of your ear. After about forty minutes, I’m in so much pain I can’t have ANYTHING in my ear for quite a while. 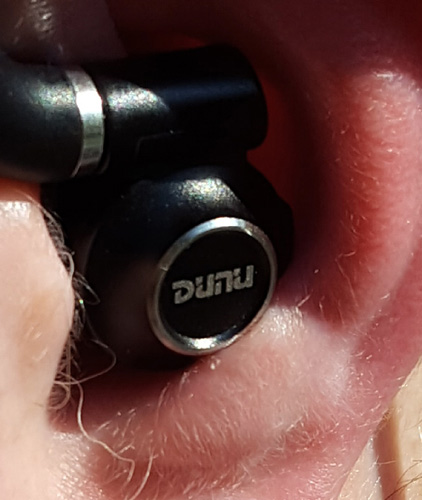 It took me a lot of trial and error, but I have found a trick that seems to work fairly well for me. First, I knew some satisfaction by using the biggest SpinFits included with the DK3001. But I also needed to add spacers, so the tips sat high on the nozzle of the IEM. While this did keep the shell far enough out of my ear to avoid touching that ridge, the sound was too hollow for my tastes. Clearly the seal was not the best, and there was leakage. But none of my other tips came close to giving me a painless experience, so I grudgingly accepted it.

However, weeks later, after f**king around with them more, I gleaned some new insight. I had shaped the memory wire wrong. I know how to shape memory wire to make all IEMs fit their best. All, it seems, except the DK3001.

You see, most shells need to go in at a slight angle, because your ear canal is at an angle, and it fits in naturally that way. So I shape the memory wire at that angle in relation to the shell. That is wrong for the DK3001. You want this shell to go in PERFECTLY straight. The nozzle is at a strong enough angle to throw the sound down your ear in the right direction. But you want to keep that sharp ridge centered, and away from the edges of your ear.

I reshaped the memory wire to be flat with the shell, so the shell would go in flat with my ear. And vualá! I can even use my Large JVC Spiral Dots now, with no spacers!

This does not mean perfect comfort, though. There are enough problems with this design that true comfort is never going to be possible.

Another thing that’s crappy is the cable. But it’s not really crappy. Just a bit. That memory wire I talked an awful lot about is the longest you’ll ever find. It’s absurdly overdone. A good-size memory wire only needs to be half that, at the very most. The rubber sheath is heavy, and springy, and there is this foolish rubber cable-wrap permanently attached to the plug. For all that, still, it’s a decently comfortable cable, with little-to-no microphonics, that somehow avoids interfering with whatever clothes I decide to wear. Indeed I’d call this cable quite serviceable. Oh! And there’s a balanced version included! That’s a nice treat.