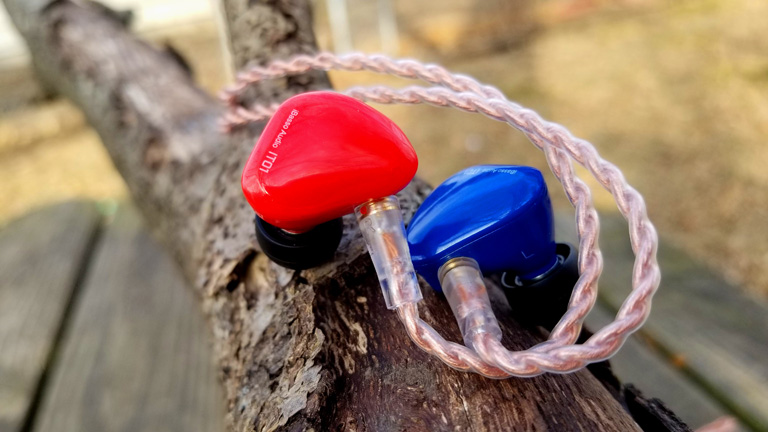 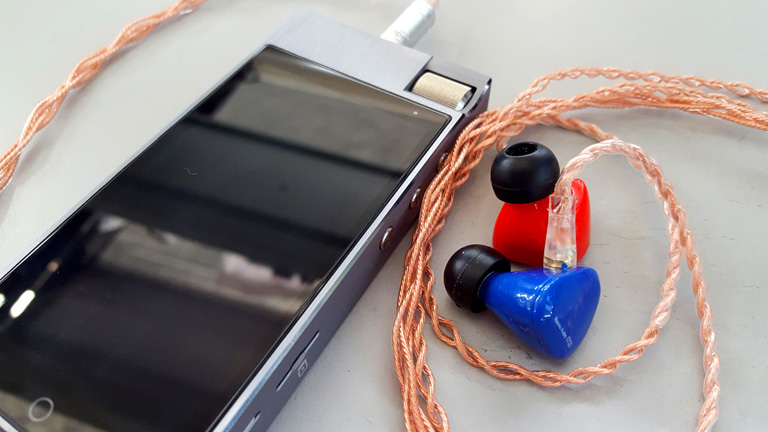 I rate the iBasso IT01 at neutral-warm, with strong leanings towards clarity and resolution. After a full-week of burn-in, these monitors deliver a controlled, yet highly musical performance. They are energetic, yet know how to rein it in and gently romance you. There is a richness of tone and well-layered depth. Couple that to a highly revealing profile, and you have a special kind of creature that sort of does it all.

Treble is accentuated, but not spiky or harsh. It walks an interesting line between warm and bright. It feels dead center, like it could tip either way with just a nudge. Refinement is not the highest I’ve ever heard, though it is better than almost anything in the mid-range, let alone budget-tier, which is where the IT01 sits. The highs are a touch splashy, yet well within acceptable margins. Extension is remarkable, giving you all those upper-register notes, for an airy, spacious environment. Listening to classical violins is really very pleasant. 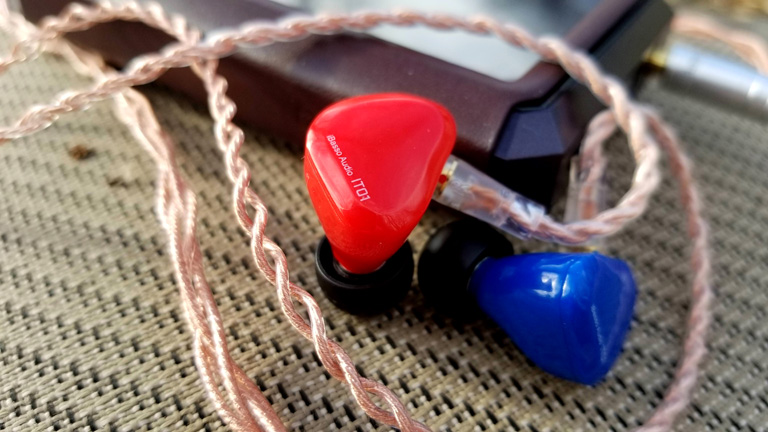 They’ve been called V-Shaped, or U-Shaped. I don’t hear it quite like that. Maybe a gentle U. The vocals certainly aren’t forward, and probably do stand a step back on the stage. However, the artist is portrayed with good size and can be heard loud and clear. Details, texture, and articulation come through in a big way. Note weight is well balanced, so neither thick nor thin. There is a smooth, natural quality to voices which belies the amount of detail present. The IT01 is not artificially aggressive, but rather bold and powerful.

Bass may sound overwhelming out of the box. I didn’t listen to it long enough to say for sure. But after burn-in, I can say it’s very well balanced with the rest of the signature. Rarely do I hear it standing out as the main focus. Nonetheless, it can do just that when the song calls for it. BLACK SABBATH by Black Sabbath shows you the monster lives. The IT01 packs one mean punch. The lows are textured and quick, large-sounding, and capable of such delicious rumble.

Soundstage is quite large in width and height, and better than average depth, giving you a thoroughly out-of-head experience. This is bolstered by the IT01’s talent to separate the elements in a clean, vivid fashion. Imaging seems more or less flawless, marking every sound with adequate precision. Then great resolution completes the presentation, resulting in one of the mightiest performers I’ve come across under $400. 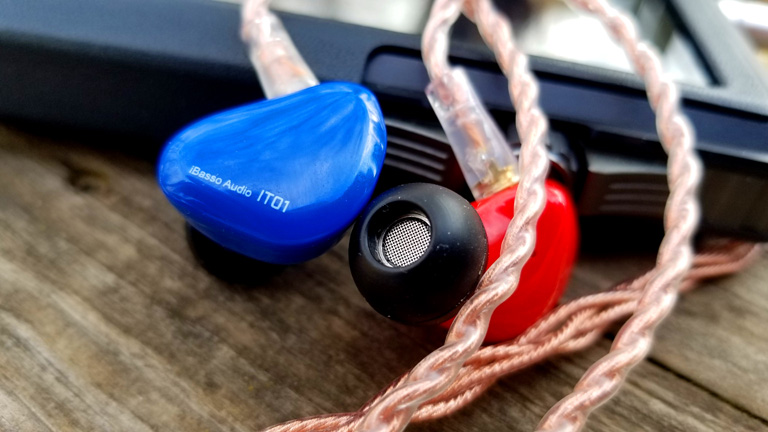 I have much fondness for the Oriveti Basic, another $99 single DD IEM. It has a very warm, easy sound. Yet compared to the IT01, Basic sounds like $99. By that I mean Basic has nowhere near the same level of clarity or separation. Details come off blurry and resolution is downgraded by many units of measurement. It honestly doesn’t seem fair to put Basic against IT01, but it’s the only other $99 IEM I own. In regards to tuning, Basic is much warmer, with lots of mid-bass that bleeds into the vocals. The treble is less extended, less airy, and in the background of the mix. Mids are smooth, big, and warm. Yes, it’s a fun IEM, but it doesn’t perform anywhere near the same level.

So let’s jump to $300, with the FLC8S (Review HERE). This race is significantly closer. Using the filters Red, Black, and Gunmetal, the tuning is not far off, though FLC is a little warmer, with more mid-bass to thicken the mids. As a result, FLC8S presents a slightly fuller, warmer sound. Clarity and transparency goes to IT01, with FLC not far behind. iBasso also takes it in detail retrieval, resolution, and separation. FLC’s treble, on the other hand, is a bit more refined. IT01 turns the tables again with bass, delivering better texture, speed, and resolution. Vocals are great on both, though IT01 renders bigger and more vivid. Finally, soundstage: IT01 creates a gander venue, no question.

One must go all the way up to the DUNU DK-3001 ($469, Review HERE) before a proper victory can be had over iBasso. Here I am met with a profound sense of depth, allowing for holographic immersion, which you simply don’t get with the IT01. The bass is also on a whole other level, not only in quantity, but timbre and scope. You really feel the size of that 13mm driver. However, iBasso gives more texture and detail. DUNU lays out the frequency spread with awesome silkiness, from the lowest of lows, all the way to the furthest reaches of treble. In comparison, the IT01 sounds grainy. The DK3001 carries thicker notes and more body. The vocals are front and center, not back on the stage at all. DUNU’s soundstage is also a bit bigger, on all axes.