With various AMP modules comes various strengths and uses. Because of the succulent warmth of AMP9, brighter monitors will sound their best. AMP8’s savage output power drives full-size headphones to damn-near their potential. I won’t talk much about AMP1mk2 because it’s the vanilla option, and easily summarized by saying, “It’s adequate for most scenarios.” As good as it sounds, and it does sound very good, most folk will be drawn to the superior audio of AMP7, 8, or 9. AMP7 being the single-ended version of the high-current AMP8, which is balanced. 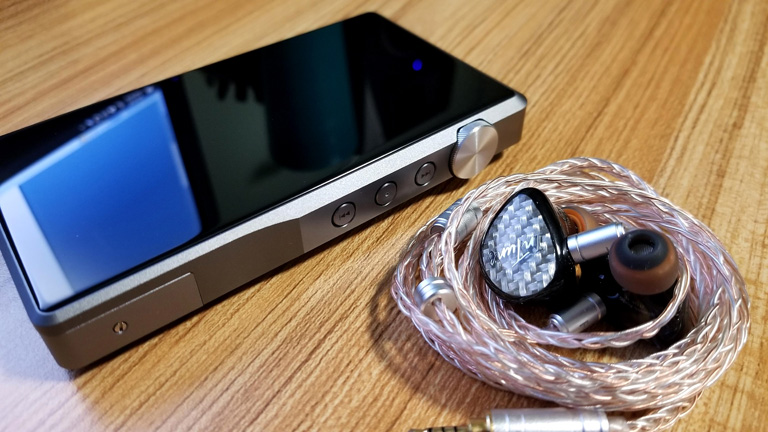 Let’s start off with an iBasso IEM, the InTune IT04 ($499, Review HERE). This thing is relatively affordable, in the world of audiophilia, tuned for clarity and detail, air and soundstage. It leans a little to the thin and bright. So it ought to come as no surprise that AMP9 is the best pairing. Even though there is a little background hiss, the Korg tubes fill her out, introducing a hint of lushness and low-end dynamics. The IT04’s bass driver is capable of so much when properly encouraged. AMP9 even warms up the treble, which is usually a tad cold on the IT04. This pairing is the perfect example of the beauty in marrying two complementary voices. They are stronger together, and you are the one who profits from it.

iBasso also has an excellent set of semi-open cans, the SR1 ($499, Review HERE). Thanks to their super efficient design, they do not need AMP8’s power, so you can bask in the vacuum tubes of AMP9. The SR1 is one of the best-balanced monitors I’ve ever heard. It does everything with just the right measure. There’s clarity, and profound detail. Yet it never strays into brightness or stridency. The bass is full and delicious, warming up the mids to create a very natural, full tone. Due to the masterful balance it walks, the SR1 plays well with every source. Bright, warm, or neutral. Connecting it to AMP9, you are treated to the very essence of lush musicality. And without any sense of veil or claustrophobia. 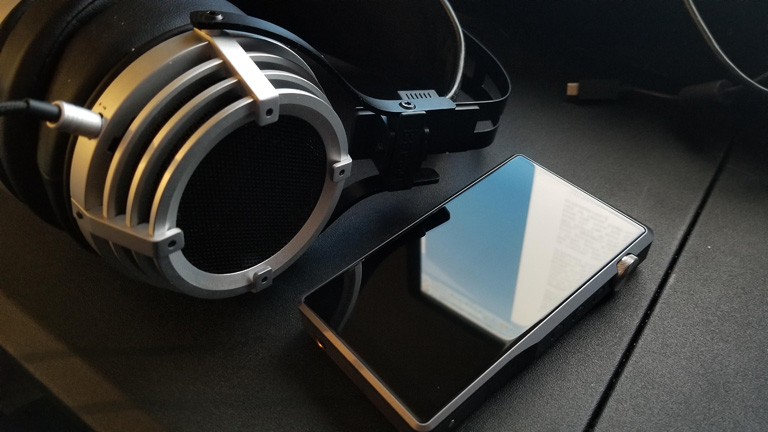 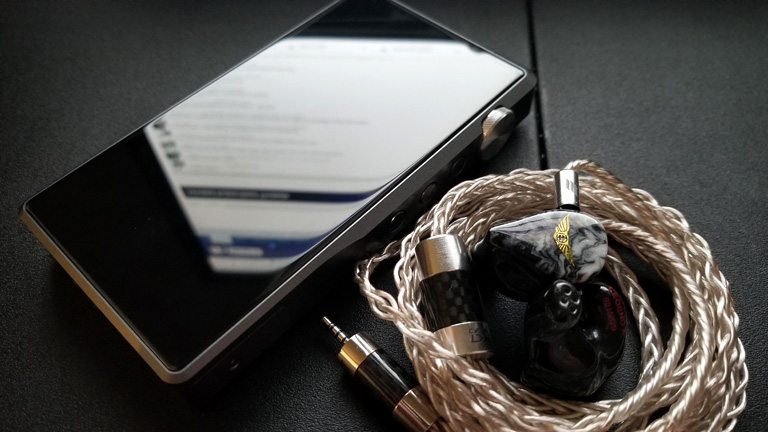 I spent most of my listening time with the Empire Ears Legend X ($2,299, Review HERE). LX has enough treble clarity, enough low-end weight, enough mid-range vibrancy… it has enough of everything. More than enough. There’s not a source that makes these sound bad, so choose whichever AMP module you like. LX will shine like the sun. The virtues of this monitor are of such a high degree, their technical prowess so great, I consider them the ultimate IEM to unlock the full potential of any DAP. And indeed, they showcase the DX220 like nothing else can. 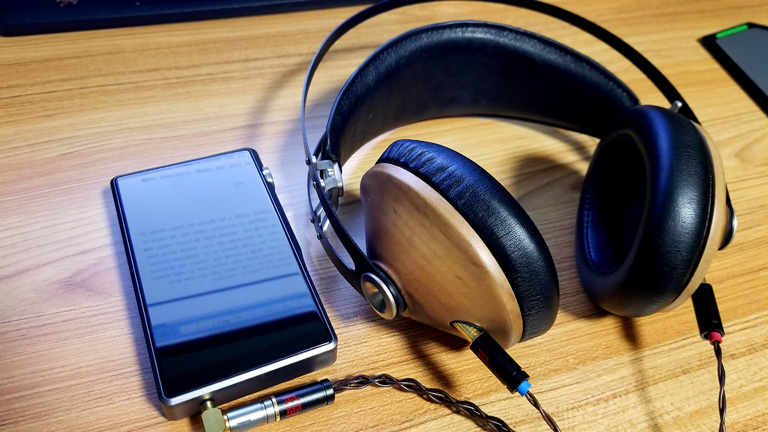 For those on a modest budget looking for portable, closed-back over-ear cans, I always recommend the Meze 99 Classic ($309, Review HERE). You just can’t beat them in this price-range. They have a sound very few people won’t find enticing. Tons of detail and air, crystalline clarity, and a glorious bass presence that bleeds into the mids just enough to give them warmth and character. They are ever so slightly on the thin side, with treble that can be a little bright. So AMP9 really warms these up nicely, elevating Meze to new heights of greatness.

If you have no budget whatsoever and don’t mind an incredibly bulky set of closed-backs, my personal favorite are the ZMF Headphones Atticus ($1,199, Review HERE). These are the cans I take to work with me every day. While Atticus is 300Ω, most DAPs seem to drive them well. I especially like these with AMP9, as the Nutubes really bring out Atticus’ musicality, making them sound like an acoustically warm concert hall. There’s just enough head-room on the volume that you should be safe with even the most quiet albums. But of course there’s always AMP8, which eliminates any such concerns. And god knows I have no complaints with that pairing. 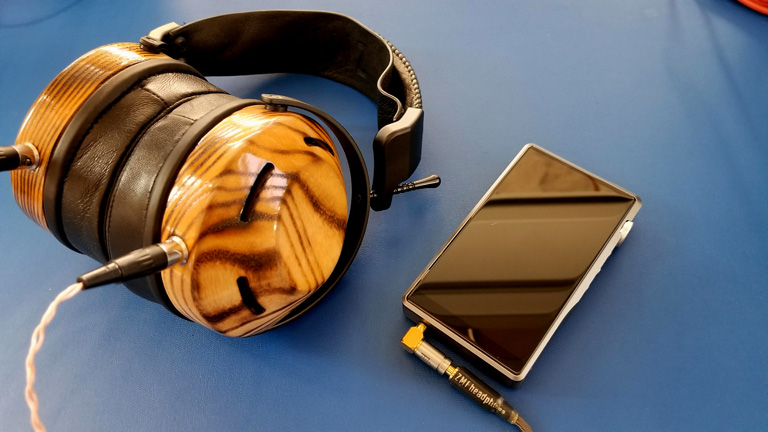 Now, the Audeze LCD-3F ($1,999) absolutely requires AMP8. Being of Planar Magnetic design, they are hungry f**kers! I tried them with AMP9, but I was maxing out the volume on a medium-loud album. You will run into trouble there. But AMP8 did great. The smooth, laidback sonics of the LCD-3, with their inherent warmth, mingled in such a lovely way the DX220’s own rich timbre. It’s a heavenly experience, and I love taking this setup to the back porch when I smoke a cigar. 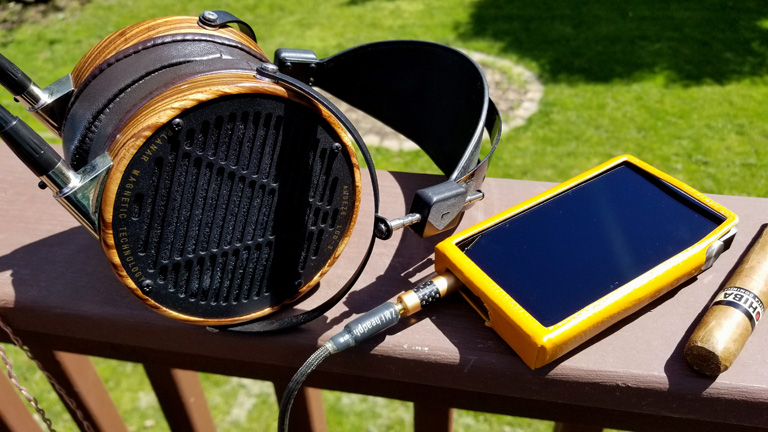