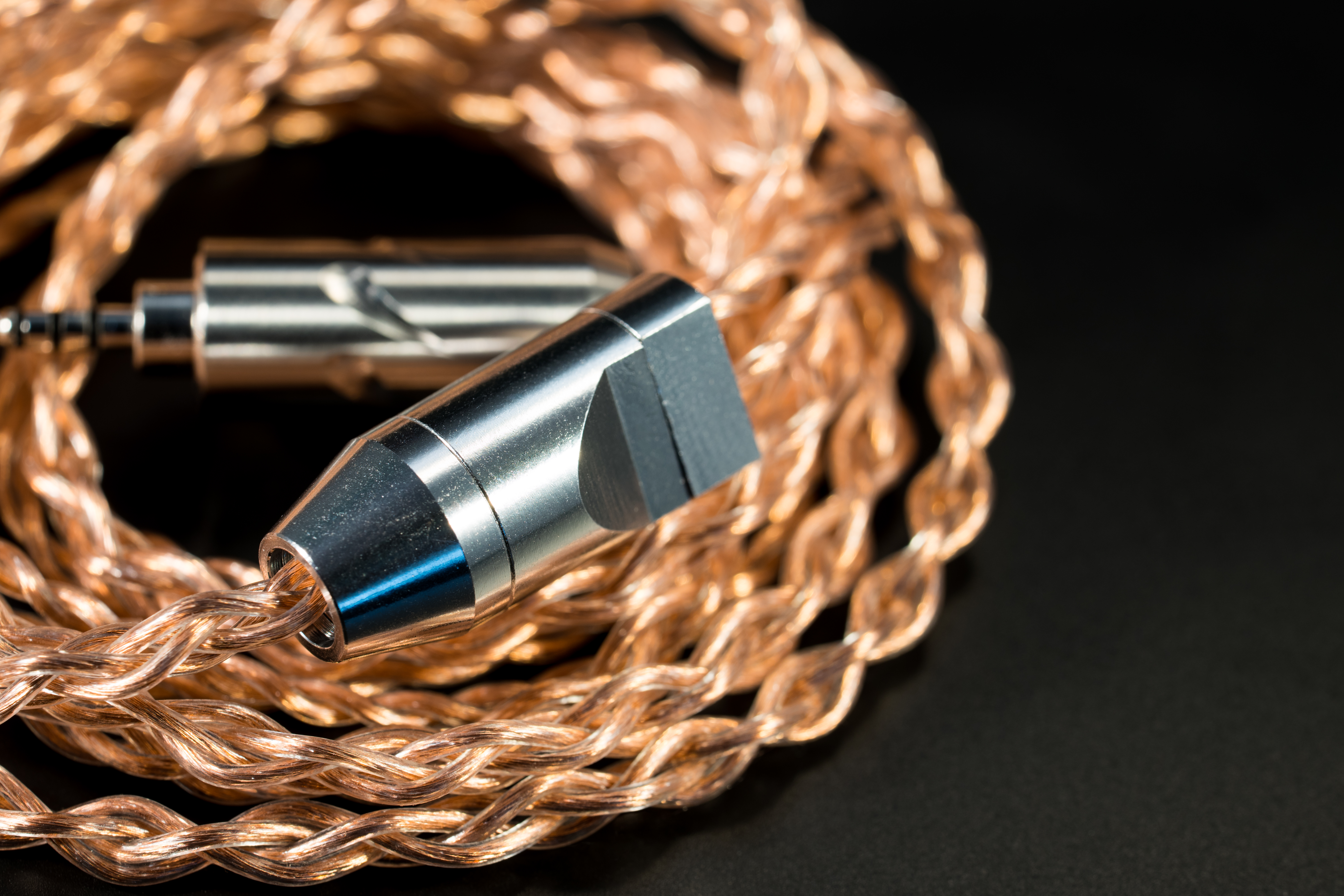 The HanSound Audio Zen is part of a three-way cable review series of affordable copper cables. As the Zen review builds further on the previously reviewed Effect Audio Ares II, it might be a good starting point to back there if you haven’t read it already.

The Zen’s wires consist of an orange-pinkish color, common to many copper cables; nothing out of the ordinary here. The silver-colored Furutech jack and connectors not only provide a nice finishing touch in looks, but provide a sturdy and qualitative feel. The cable is finished off with a dark grey metallic splitter. It has a modern design, with alternating round and straight edges. While it’s slightly on the heavier side, the pull isn’t heavy enough to be noticeable after a while. Where most cables go for a predetermined fit of the connectors by means of heatshrink or memory wire, Zen has neither. I personally might prefer the pre-bent heatstrink for ease of use, but this has the advantage of being able to be match iems with alternative polarisation, such as the EarSonics iems.

Han’s Audio Zen has a balanced signature, which can be classified as a slightly warmer variation of neutral. Its moderately enhanced bass provides a nice low-end impact, while adding a smoother tone to the midrange. In addition, its stage is slightly wider than Ares II.

Zen has good low-end extension, which reaches slightly deeper than Ares II. In addition, the general bass presentation has more body, which creates a generally warmer tone. Zen doesn’t have a severely enhanced bass, but it has a nice round texture that carries weight. Ares II’s bass in turn is more compact, and especially its upper bass is slightly more attenuated by comparison. This creates a cleaner stage, but also a slightly drier sound. Ares II’s bass is punchy, but it feels lighter and airier by comparison. Zen’s bass is warmer in tone, and can be considered more engaging.

Zen has a very nice balance in its midrange; neither the lower or upper midrange feels particularly prominent. Its lower midrange is neutral, and vocals aren’t relatively more full or forward-sounding. The instrument size however is a bit larger than Ares II. Zen seems to have a slight bump around 3 KHz, putting a bit more emphasis on the vocal presence area, although it doesn’t affect the tone. Generally, Zen’s midrange is smooth and easy to listen to, due to its warmer tone. It’s a quite natural sounding midrange. 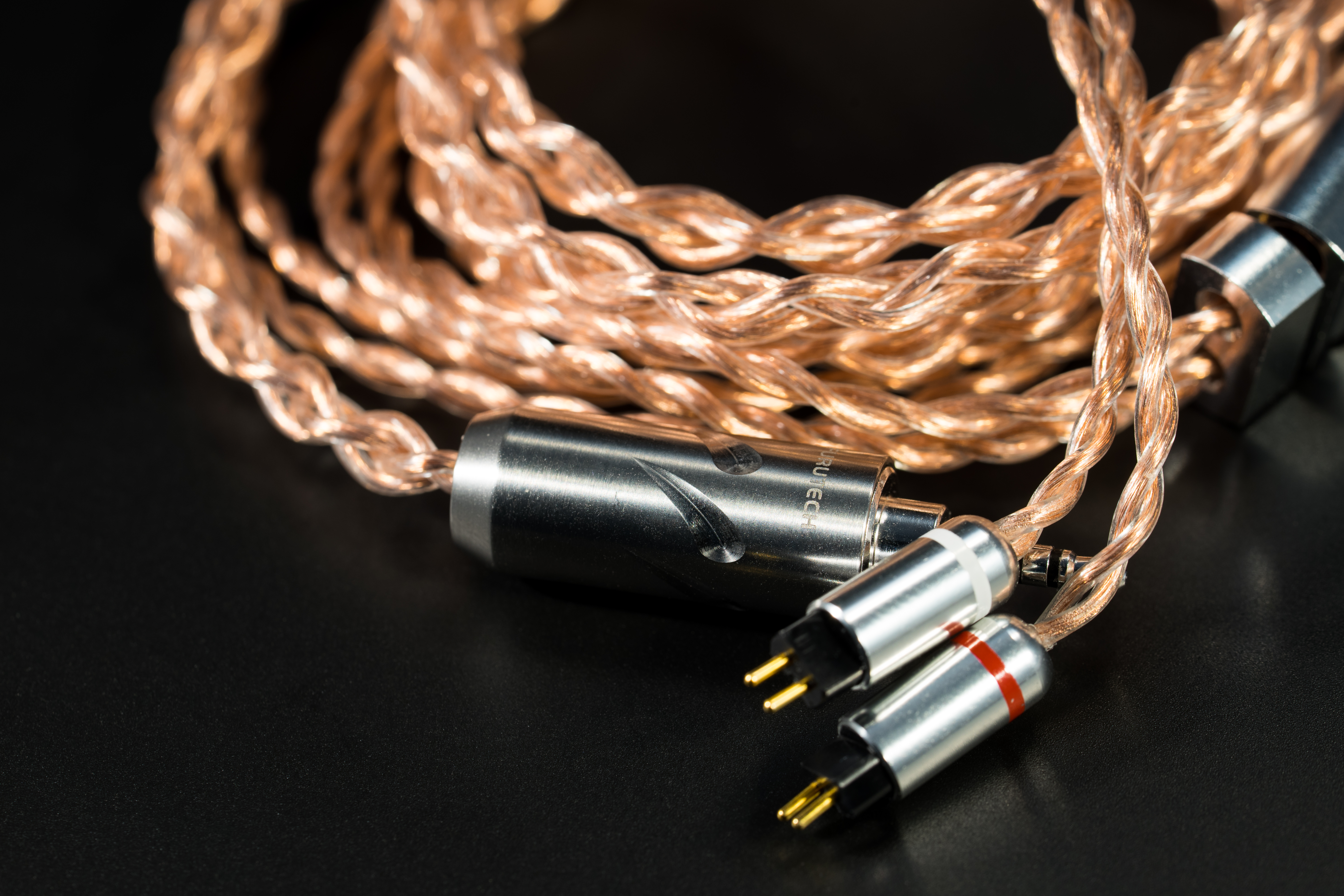 By comparison, Ares II is less warm, and its midrange notes are a bit leaner as a result of its upper midrange emphasis. Accordingly, Ares sounds a bit more detailed. While especially string instruments sound more prominent and articulated, Zen’s midrange sounds a bit more coherent. On the other hand, Ares II’s midrange is a bit more transparent, and sounds cleaner overall.

A similar pattern returns in its treble. Compared to Ares II, Zen’s treble is warmer in tone. Combined with its moderately enhanced bass, this results in a more natural signature. Ares’ slightly brighter tone in turn makes treble notes sound clearer. In addition, it also has a blacker background. As a result Ares II’s signature might be a bit drier overall, it creates a cleaner stage by comparison, resulting in a slight advantage when it comes to separation.

HanSound Audio’s Zen is a nice alternative in the entry-level of aftermarket cables. It contrasts the more technical Ares II with a warmer and smoother signature – a more natural sound. Overall, its midrange is more linear than Ares II, and it sounds a bit more coherent. Ares II in turn sounds a bit cleaner and more detailed by comparison. While Ares II’s signature is a bit uncharacteristic for a copper cable, Zen’s warmer signature seems to more appropriately fit the bill.