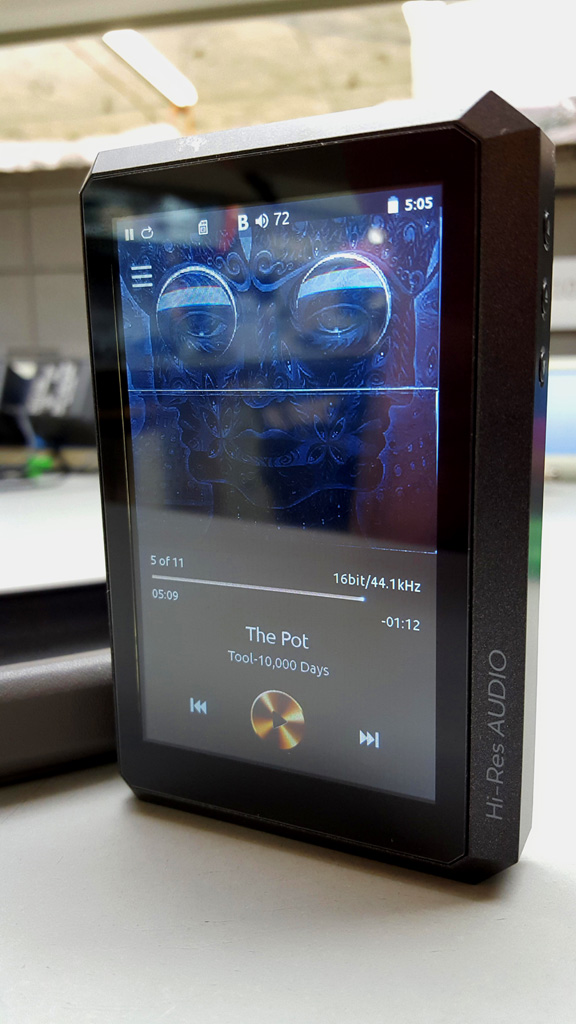 ::Disclaimer::
theBit provided the Opus#1 at half-price in exchange for my honest review, for good or ill.

The Opus#1 sells for $599 MSRP
Audio-Opus.com
Opus on Amazon
What follows is a revised version of the review I published months ago on Head-Fi.org.

I tested it for a week or two and, as you’ll read, fell in the love with the beast. When I joined THL, one of my first goals was to acquire the Opus#1 as a permanent cast member in all my future reviews. I wanted it for headphone pairing and comparison against all competitors. The Opus#1 is THE BEST DAP I’ve heard anywhere near its price range. So when theBit rejected my offer for a free review sample, I agreed to pay $220, even though I now own the Opus#2. But as a “reviewer”, I felt I could not do without such a strong horse in my stables. It tickles me to watch every other mid-tier DAP strive to meet its performance. Maybe someday one of them will.

To fulfill my obligation, I present unto The Headphone List readership my review. With a few updates here and there, for good measure. Enjoy.

I give Nik (AKA nmatheis of Head-Fi) many thanks for lending me his own personal unit for this review. This device opened my eyes and changed my thinking on a number of things, and for that, he has my deepest gratitude.

I spent a little over a week with the Opus#1, by theBit. This was not a DAP I pursued. I didn’t join any tours, for there were none to join. The opportunity merely came along, and I thought, “Hell, why not?” What serendipity, that what amounted to a text-based shrug, would land in my lap one of the best players I’ve ever heard.

But I’m getting ahead of myself. Let me talk about the build first.

It’s solidly made. That’s the extent of my praise. It’s sturdy. It won’t fall apart on you. The buttons work. The screen works. Everything works. But it’s so boring! Where’s the artistry? Where’s the flare? Look at the Cayin i5. It’s so pretty! I want to touch it when the lights go out. That’s the sort of reaction I want from a DAP: carnal desire! I guess I have a DAP that does this for me. It’s called the AK120II. Astell&Kern spoiled me with the level of luxury they offer. Of course, they charge you a premium for it. But Cayin doesn’t. The N5, and now the i5, are stunning, and reasonably priced.

theBit could learn a lot from them.

In my portable music players, I’m more than a little obsessed with volume wheels. They delight me something fierce. I flat out won’t buy another DAP without one. And it seems I won’t ever have to. They’re all moving in that direction now. Or at least a good many of them are. The Opus#1 doesn’t have a volume wheel. Ok. I’m a big boy. I can deal for a week. But that’s not its biggest sin. It’s that the buttons aren’t easy to use. They’re small, and if you have the case on, there are no cut-outs, just impressions stamped into the material. This makes for some clumsy use of the hardware interface.

It’s not an indomitable burden. Nothing like on the scale of the FiiO X5 Classic’s scroll wheel. No, the Opus#1’s hardware just reminds you in small, subtle ways that it’s not as fancy or as nice as other players. That’s a damn shame, because it doesn’t sound anything less than a top of the line product. 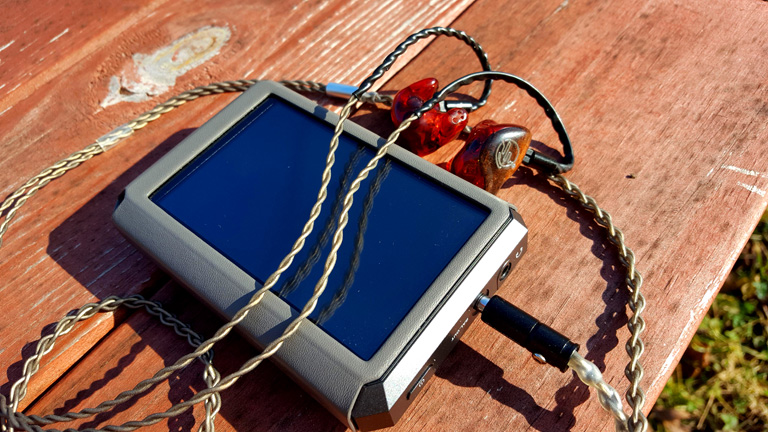 There isn’t an over-abundance of features to cover, which I appreciate. Yet, a few items caught my attention.

There are two slots for external microSD cards, in addition to 32GB of internal storage. That came as a great surprise, and I immediately gave it extra points for being so thoughtful. It’s amazing how rare that is these days. Opus has Balanced output, which, at the very least, I found convenient, since so many of my cables are terminated for 2.5mm TRRS. The Opus#1 sports one of the best Deep Sleep modes. When I first opened the package from Nik, the device turned On instantly. It had been On during transit, and yet it was close to a full charge. Sleep Mode is so efficient I never felt the need to turn the DAP Off, and the battery did not drain to any noticeable degree.

As great as Sleep Mode is, you will drain the Opus#1 through hard use. When you do, I am happy to say, it charges very fast. But only when powered up. I don’t think it charges at all when shut off. Even from the USB port on your PC, it takes just a few hours to reach Full. My AK120II takes many more hours to charge, when not using a wall-socket adapter.

The software UI is simplistic yet feature-rich. Finding the settings menu took a few frustrating minutes, however, but I eventually figured it out. You swipe down. Of course you swipe down. But you must swipe fast, because if you hold your finger at the top for even a full second, swiping down only brings up the time and date. F**cking useless. That information is also present in the full drop-down screen. So making it its own screen only confuses what should be an easy procedure.

Since I complain so much about DAPs trying to be Smartphones, I feel I ought to give theBit kudos. The Opus#1 does not suffer from a development whose focus and resources were divided and ultimately squandered on idiocy. There is no Bluetooth. No WiFi. No Apps Store. All their money and energy went into sound quality. And OH GOD does it show! 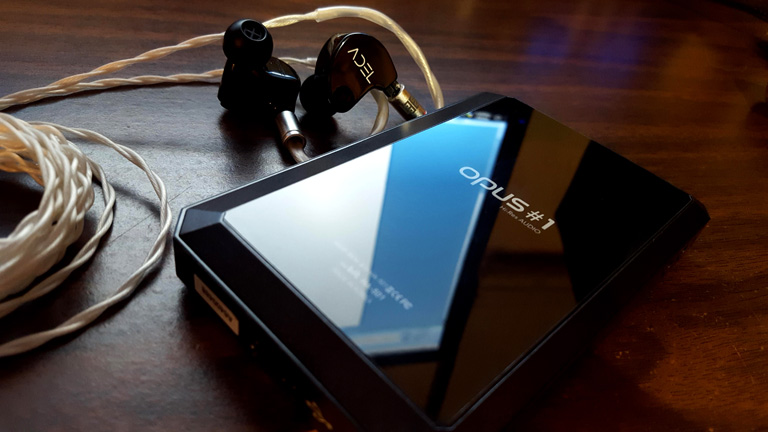