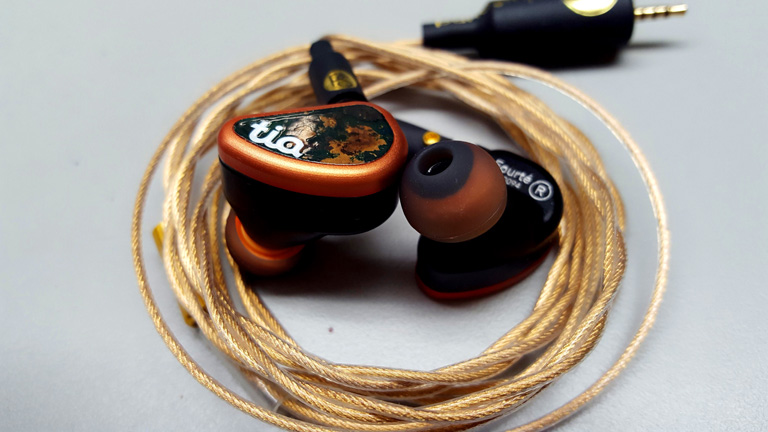 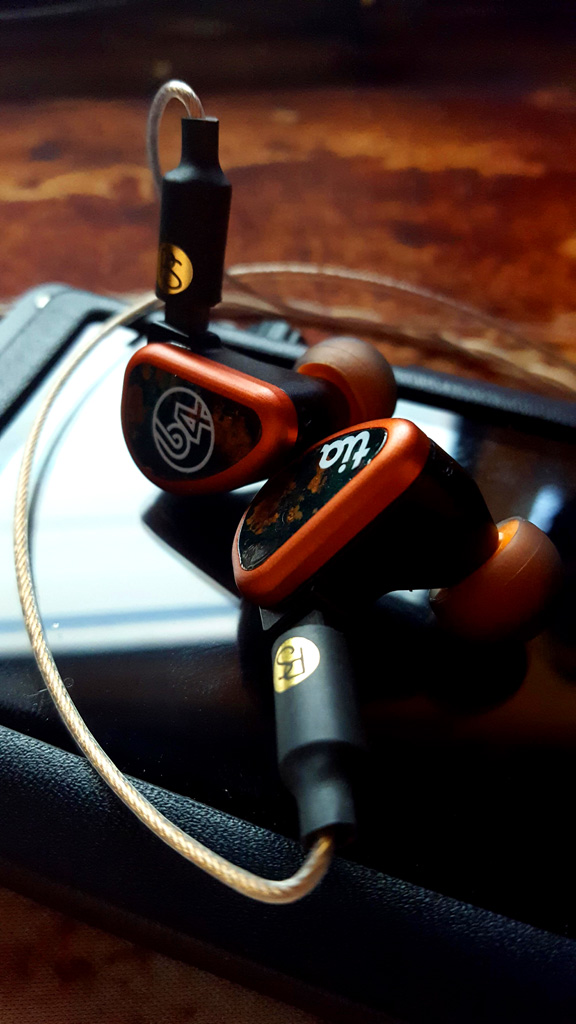 ::Disclaimer::
No disclaimer. I bought this f**ker. hehe

So… Pinky was not searching for a new IEM. I don’t know what I was looking for—maybe nothing—but seeing as I found myself on the Head-Fi Classifieds I imagine a shrink might claim otherwise. The demon was at it again, driving me to the rhythm of insatiable lust. This culminated in a feargasm the likes of which the Earth has never seen when I stumbled upon an ad, selling a B-Stock tia Fourté for $2300.

I knew in my heart I would pay it. Yet dignity demanded that I at least ask for $2000. As I waited for a response, I began the psychological rigmarole of deescalating my hysteria, consoling myself with the reality that these IEMs were almost certainly sold. The price is too good, and Fourté is a goddamn hotcake. No way a deal hasn’t already been struck.

It turns out I was right; this was a hot-ticket item. Folk were offering him much more than his asking price. But it also turns out he knew me and liked my reviews. Though I suspect what really synched the deal was the most serendipitous aspect of it all: We both live in Kansas City. In fact, we made the hand-off in the parking lot where I work, mere moments after I clocked out for the day.

Words cannot express how unlikely all this is. The Mid-West is a dry-zone for audiophiles. There are no high-end stores in which to audition prospective buys. Indeed, this was the first time ever I got to listen to something before I sent payment.

It took less than five minutes of Fourté in my ears before I said, “F**k yes! I’ll buy it!” 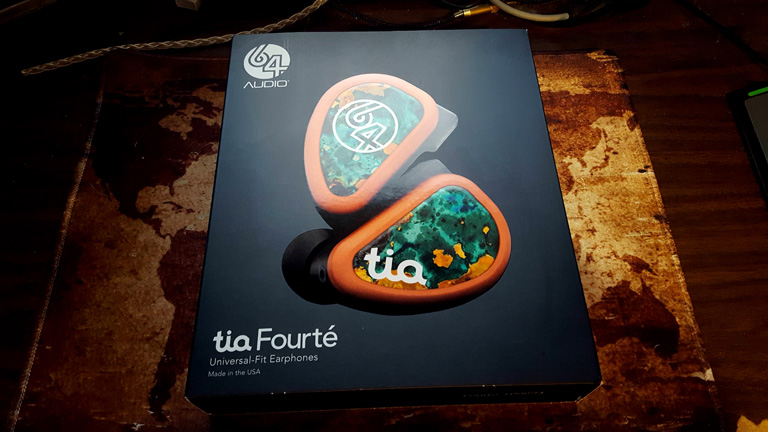 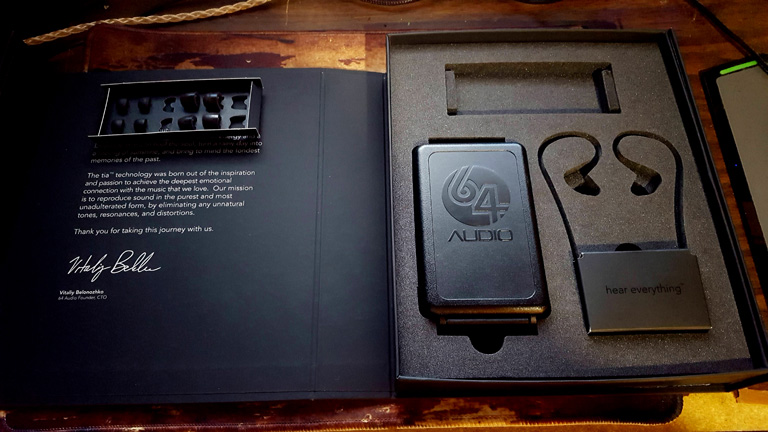 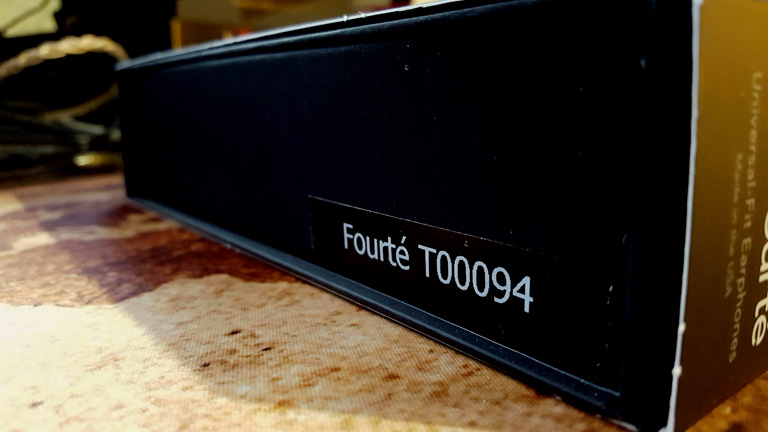 And here we are. I’ve enjoyed tia Fourté for over a month now… maybe two. Hard to keep track. My impressions of it have changed some over that time, but for the most part, it is as I originally knew it. But we mustn’t get into all that just now. Let’s talk about build, first.

You could be forgiven for thinking Fourté is ugly. It looks particularly bad in the photos. In person, I find it less offensive. Part of that is due to the obvious quality of its construction. Solid black aluminum housing, and textured faceplates. Color scheme aside, it’s a fine piece and looks and feels upscale.

The only thing that makes these B-Stock is a subtle double-stamp of the name on the inside shell. And for that, I saved $1,400. 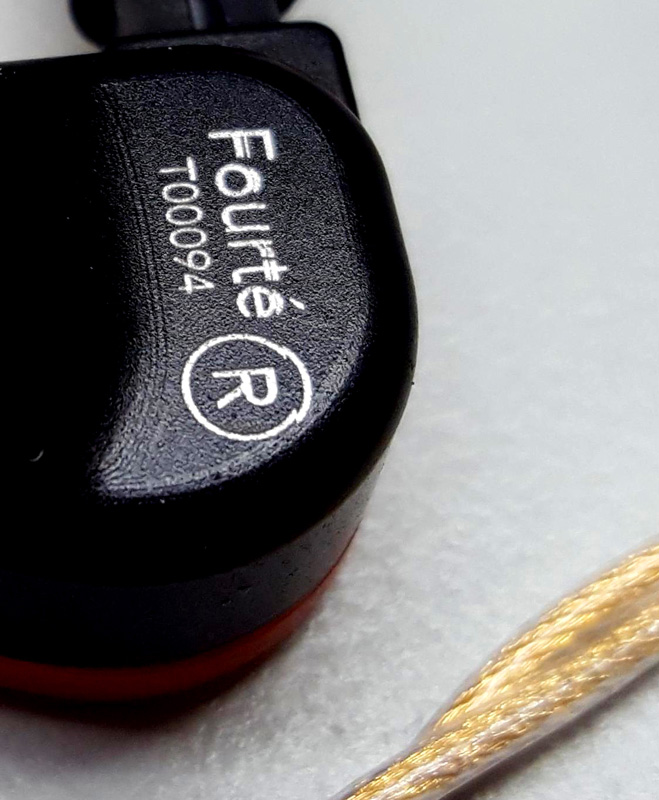 These are fairly large IEMs. Not JHAudio large, but still. They’re certainly bigger than my U12, which is hilarious, considering how many more drivers U12 contains. But I’m not complaining. The acoustic chambers Fourté uses may take up space, but the sound they deliver is well worth the sacrifice. I may not feel that way if they were much bigger. As it stands, these monitors fit rather comfortably, and don’t stick out much. Actually, it’s only on my left side they stick out at all. Nice and flush on the right. They isolate quite well, given the APEX tech and the Dynamic venting port. I’d say they’re about as good at blocking out environmental noise as most universal multi BA IEMs. 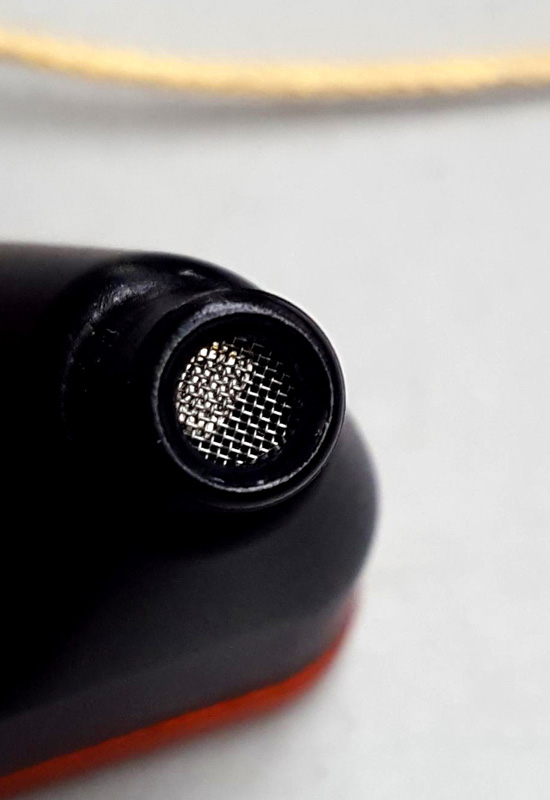 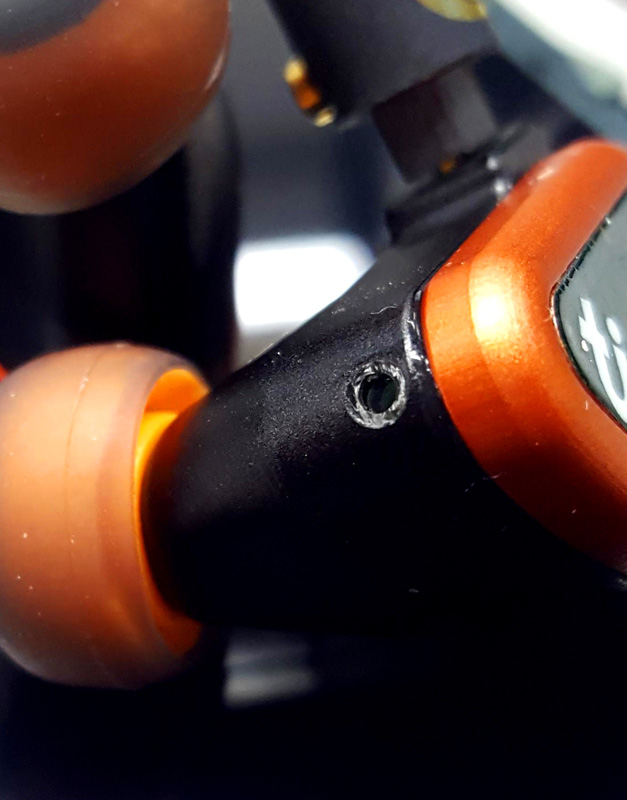 tia Fourté showcases two tia drivers. One for the upper frequencies, which 64Audio is calling the tia High Driver, and incorporated into their A18 co-flagship. What the A18 does not have, however, is Fourté’s tia Mid Driver. Just wait till you hear that shit! Fourté is also unique among 64’s lineup due to the Dynamic Driver dedicated to bass response. Then, just for kicks, they threw in a single traditional Balanced Armature for the High-Mid crossover. So let’s recap: That’s a 4-Way driver config, but a 3-Way hybrid. A motherf**king hybrid using three different driver technologies.

This is officially the Frankenstein IEM.

As is my twisted habit, I refused to even look at the included ear tips. JVC Spiral Dots worked great, as always. But it was the MandarinEs Symbio W that won a permanent position on these lordly earphones. They simply stay in better than all others, and make a more lasting, complete seal.

If you’re familiar with the traditional 2-pin stock cable that comes with most high-end IEMs, Fourté’s cable is a step up. It’s sturdier, thicker, and has an altogether nicer feel. But even that wasn’t enough for me. The moment I got home with this baby, off went the stock cable and on went one of my custom jobbies. I have a number of nicer cords terminated for 2.5mm TRRS, so I can use the balanced output on my DAPs. I shall include a cable-pairing section towards the end of the article, to give you some sweet options.

It comes with a carry case and tips, cleaners, and other random accessories, blah, blah, blah… NO ONE CARES! Let’s move on to sound. Next page, please.