Trending
You are at:Home»Reviews»Headphones»Timbers of the Goodly Tree – A Review of the ZMF Headphones Atticus

The ZMF Headphones Atticus is neutral-warm, with breathtaking clarity and richness of tone. It walks a fine line between energetic and laid-back. I find it remarkably relaxing, while portraying such intricate dynamics. Naturalness defines the character. All things exist in superb balance, with no range dominating the signature.

They produce a grand, cavernous experience, with the blackest of backgrounds, and notes which flare with vibrancy.

Atticus’ treble has medium body, not very thin or bright, though does possess subtle sparkle. There’s a sweetness and wetness about it, which I vastly prefer over dry or cold. Only a touch of warm infuses the highs. For the most part, though, they are simply neutral, nimble, and lively.

Lots of air fills the stage. The treble extends well, exhibiting a lower hump in the presence region, and an upper lift to bring out some twinkle. Lovely light shines down, illuminating to such a degree that you can make out every element with ease. These are revealing, detailed highs. Yet they hold back from becoming strident or in any way fatiguing. They are not bright, but they sure aren’t overly warm, either. I imagine they’ll please most ears.

Vocals are clear and articulate, rich and deep, and remarkably present. Details pop in a pleasant, effortless way, and without aggression. Voices have great size and prominence. Perhaps not forward, per say, though anything but recessed. Vocals have a magical duality about them: Note weight seems authoritative, yet a splendid airiness and transparency exists, allowing you to perceive the elements beyond. They sound awesomely realistic. 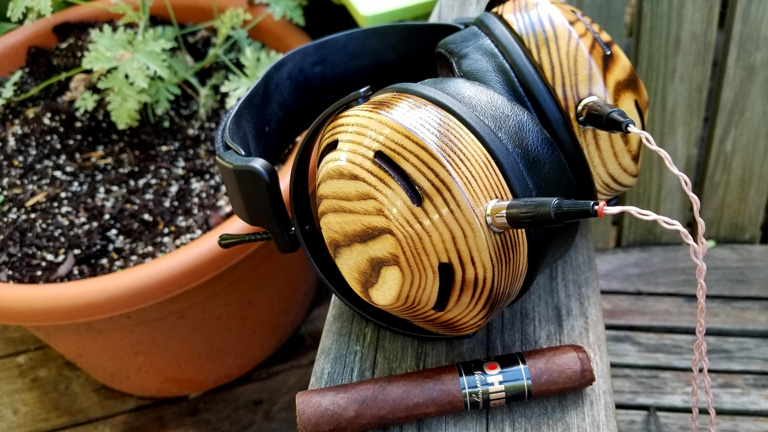 Mid-range instruments are a special treat for Atticus. A healthy warmth enriches each one, providing weight, harmonic overtone, and authenticity of timbre. Quick transients and a sharp render give even complex passages a coherent performance. The crunch of electrics, the wholesome strum of acoustics, and the fathomless depths of a grand piano… Atticus handles all with romantic truth. Honesty, but with a fun spin.

The low-end is properly neutral. Meaning it is full, satisfying, and lends its warmth to the rest of the profile. It towers right up to the threshold, but never crosses over into exaggeration. Now, don’t get me wrong, I love exaggeration. Pinky has a little basshead inside. Atticus does not meet that criteria. Nonetheless, you will take note of the bass, for there is more than enough to demand appreciation.

And appreciate I do. Sufficient sub-bass provides deep rumbles you can truly feel, while a mid-bass hump rounds the signature for optimum body. It is not so much as to give prominent warmth to the whole. Instead, there is just enough to establish the wonderful, organic tonality for which Atticus is famous. The speed of these lows is more than decent, but not exceptional. Likewise, texture and bass detail will please you, even if you can name a few cans that do it better.

Soundstage on Atticus is most excellent. Maybe it’s due to the crazy size of these wood cups, but I find myself in a huge hall, wide and deep, with a vaulted ceiling. Thanks to the size of the instruments, nothing feels too stretched out. They are all spaced naturally, with you sitting in the 2nd row. Imaging is fantastic. Separation is clean and precise. Resolution is very, very high. Indeed, the resolving power of Atticus is one of its greatest strengths.

The LCD-3 has the darker sound. I noticed that instantly. The treble isn’t as bright and doesn’t have the same sparkle. This shifts the tone to a warmer, mellower creature. Atticus has the greater energy in both highs and lows. Shimmer up top and bigger bloom in the bass. LCD-3 is so very smooth and refined. Absolute liquid. Both these headphones sport a luscious, rich tonality, and belong on the warmer side of the spectrum. Audeze is simply warmer. It has the more mature disposition, whereas Atticus is more fun and exciting. It comes off less refined, where details and artifacts pop more, but ultimately feel less natural as a result.

Both have tons of air and a clean, well-separated stage. LCD-3’s bass is even throughout low-to-upper bass, and it extends deeper. Atticus has less sub-bass and more mid-bass, making for a boomier low-end. Vocals are where these two find a true middle-ground. There isn’t much difference here. Note weight, size, forwardness, it’s awfully similar. Soundstage feels just a bit larger with Audeze, thanks to the open-back design. But I can’t say for sure if it is in fact any bigger. Resolution may be a little sharper on LCD-3, but they are close.

So let’s move on to closed-back cans I use in exactly the same way I do Atticus, as portable solutions for on-the-go and work use. In other words, the real competition in Pinky’s eyes. AudioQuest’s NightOwl ($400, Review HERE) has recently been discontinued, and can be found at a massive discount. These used to be around $700, and they were worth it.

Goddamn, I should listen to these more often. NO is one hell of a transducer. And it’s not very different than Atticus. As I sat down to listen to these side by side just now, I expected to mark a greater change in profile.

What strikes you right off is NightOwl’s warmer, thicker voice. It’s neither as airy nor transparent as Atticus. NO fills in the empty spaces, so elements don’t separate as cleanly. Where this darker tone comes from has less to do with the bass, and more to do with treble. NO has a smaller bump in the presence region, and no real elevation in upper treble. This casts a shadow over the proceedings. On the plus side, you get tremendous warmth and comfort from your music, but you lose much of the clarity found in Atticus’ tuning. 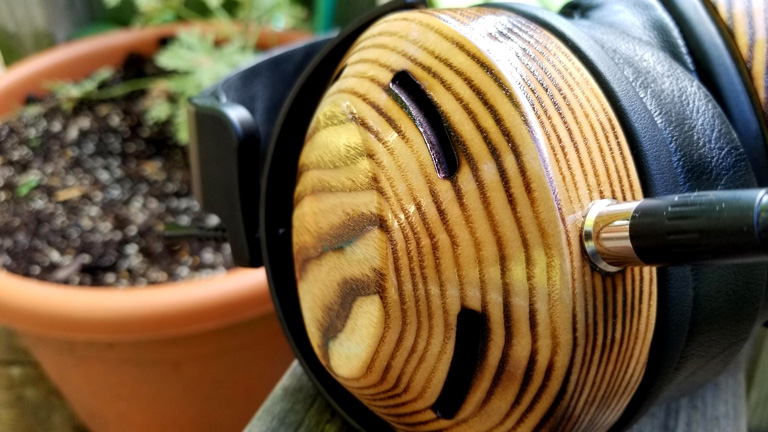 The highs are less extended with NightOwl, but the bass feels very close. Atticus shows more texture and details, yet the overall shape of their lows mimic each other. I can’t even say for sure if one has a dB or two more in this area. My ears tell me they are just incredibly close. Vocals sound smoother on NO. Some folk will not like it, and claim they are veiled. I wouldn’t go that far. They are just very lush. Still, Atticus conveys the clearer vocals. Soundstage is also larger with Atticus. NO is not what I would call small, but in comparison, you feel the difference. It can be felt in every aspect, from bass, to instrument separation: Atticus delivers a chasmal presentation. NO also fails to match ZMF in raw resolving power. It’s not far behind, but still…

If you seek an Atticus-like headphone that is lighter, more portable, less expensive, and warmer in the treble, NightOwl is worthy of your attention. Honestly, it reminded me today just how amazing it is. I find myself not wanting to take it off. That said, I can’t deny which is the better performer.

Meze’s 99 Classics ($309, Review HERE) is the epitome of why I love headphones so much. What you get for that price is a headphone I could live with as my end-game. Not because it’s “the best”, because it’s tuning resonates so perfectly with my tastes. I can never get enough of the 99 Classics. For a time I thought NightOwl had usurped it was my favorite portable over-ears. Eventually, I returned to Meze. I crave that signature above all others.

Atticus is truly Meze-Ultra. Their signatures are damn-near identical, yet Atticus trounces the 99C in every single category. The presentation is the same. Atticus simply does it better. They have the same clarity. But Meze suffers from graininess and reduced resolution, so Atticus presents far superior transparency. They have the same treble tone. But Atticus is silkier and more pure in extension, so there’s more air on stage. Vocals possess more or less the same size, shape, and placement. Atticus manages to remove a final veil, exposing the artist completely. Bass structure varies in just the slightest of ways, where Meze has a hair more mid-bass and less lower-bass. Soundstage is big on both. Atticus is bigger. Separation is great on 99C, but ZMF is cleaner. 99C has decent resolution, while Atticus is awe-inspiring.

Meze 99 Classics is lighter, smaller, and cheaper, and super efficient. Somehow, though, ZMF Atticus is more comfortable. They are both gorgeous wood-wrought pieces of art. Indeed, the champion may be clear, but if you can’t afford Atticus, you ought to know there is an alternative which still puts a gigantic smile on my face, each and every time I listen to it.