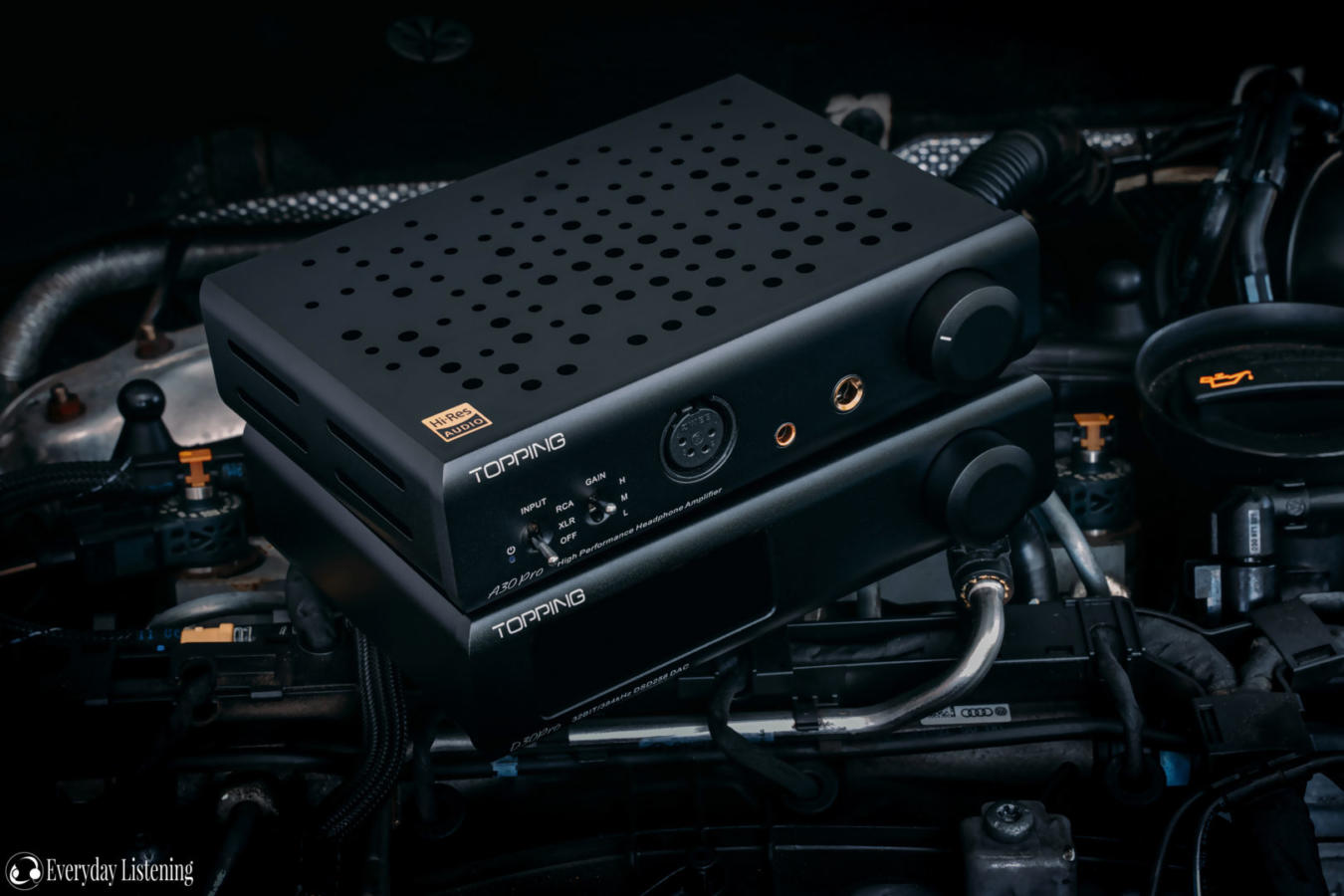 It’s certainly nostalgic for me to see Cirrus Logic back in action as I’ve been a fan of the company since they acquired Wolfson back in the day, themselves a darling of the audiophile community. With their new release, Cirrus have fully committed to confronting the big two head on in the enthusiast scene and we’ve seen increasing implementations popping up in recent years. The D30 Pro utilises 4 of their newly refreshed high-end DAC chips in quad-mono configuration, meaning it is a fully balanced design. This has enabled them to beat the reference SNR by 2dB over XLR. Cirrus Logic DACs are known to provide a clean, slightly smoother sound with a focus on multi-dimensional imaging, of course, this depends heavily on the implementation.

The D30 Pro has a linear frequency response suggesting that it represents audio with great fidelity. Due to the quality of my sound card, I am unable to reliably test other measures such as distortion and crosstalk so they will be used as a personal reference only. Qualities here can also impact the sound as I will detail via subjective listening.

What I’m hearing is a linear, balanced sound as one would expect from any objectively well-performing source device. This is a clean and smooth sound with a hint of warmth in the lower-registers filling out coherent and well-structured notes. This makes it easy to listen to for prolonged periods of time while still upholding more than respectable fine detail retrieval for critical listening. Rather than any attenuation throughout the frequency range, I find the smoother character does come down more to its note presentation though treble also doesn’t stick out quite as much as some competitors. It’s versatile sound with a nice, rounded note structure, defined but not razor sharp nor thinly bodied.

The low-end is non-fatiguing and mellow, being neither aggressive in its attack nor especially quick in decay. It is even-handed but is defined by a slightly more diffuse sub-bass slam and a hint of additional mid-bass fullness instigating its more rounded note structure. As the note presentation is smoother, it isn’t a super punchy or engaging source but rather a slightly lush one. Individual note definition is a step down from something like the SMSL SU-9 in turn and I did notice a bit less texture in the mid-bass with fine details being smoothed over at times. Notes overall aren’t presented quite as concisely as on many competitors. Despite this, separation remains admirable as the extent of the change is very small and the source does excel with certain genres such as jazz, it gives it a nice sense of room and depth. I also do not want to lend the impression here that this is a woolly, bassy or congested source in any way. Tonality wise, it would be perfectly accurate to call it a reference source. However, the note presentation is on the smooth side which reinforces its uptick of warmth relative to others.

Despite the low-end tuning, the midrange comes across as impressively linear and clean. I’m hearing just a hint of additional contrast enabling excellent tonal cleanliness if a little dryness on some tracks. This does work to improve the perception of definition here, as separation is improved. However, note definition and resolution on a micro scale are similar to the bass and treble, being on the smoother side. The timbre is otherwise accurate, and the net note body is about neutral too as the additional smoothness and mid-bass fills in overall well-structured midrange notes. It has a slightly smoother articulation meaning the D30 Pro isn’t hugely open nor resolving of fine textures but remains well-separated and impressively layered, nonetheless. I find this a good balance between tonal cleanliness and midrange texture. The smooth note presentation and articulation mean it is able to achieve an especially refined sound without upsetting the timbre or separation.

It should come as no shock that the D30 Pro also has a smoother treble, albeit, it is not laid-back. Rather, notes lack the hard-edged attack of many competitors giving it a more forgiving character. One may make the case that this would indicate a lack of detail but that wasn’t the case exactly in my testing. Indeed, switching over to something like the D70s of the SU-9 provides a more energetic and defined response and details are more apparent. But the D30 Pro isn’t lacking here, it is simply less sharpened. Scrutinous listening reveals a well-textured image with zero fatigue, harshenss or glare. It has a dark and clean background if not the most sparkle and energy up top. Resolution is sound, fairly mid pack for the money. Micro details are not quite as apparent as on competitors. The D30 Pro has a modest amount of air and headroom that mean its sound isn’t closed in or claustrophobic despite being generally easy going.

The soundstage performance is impressive that said. It expands nicely for a lower-midrange DAC, width is more intimate but it has very good depth projection. The imaging especially, is quite sharp too which aids immersion and atmosphere. Though directional cues aren’t highlighted, localisation is very sharp and the presentation is layered with good delineation between layers as well. Centre image is strong and organisation is very high, so despite not having the sharpest transient response, I never found the DAC to sound muddled or busy on complex tracks. This is aided by the clean tuning, especially its linear mid and treble ranges that maximise separation. In turn, the D30 Pro provides an inspiring overall presentation despite its below average note definition.

Next Page: A30 Pro Sound & Comparisons