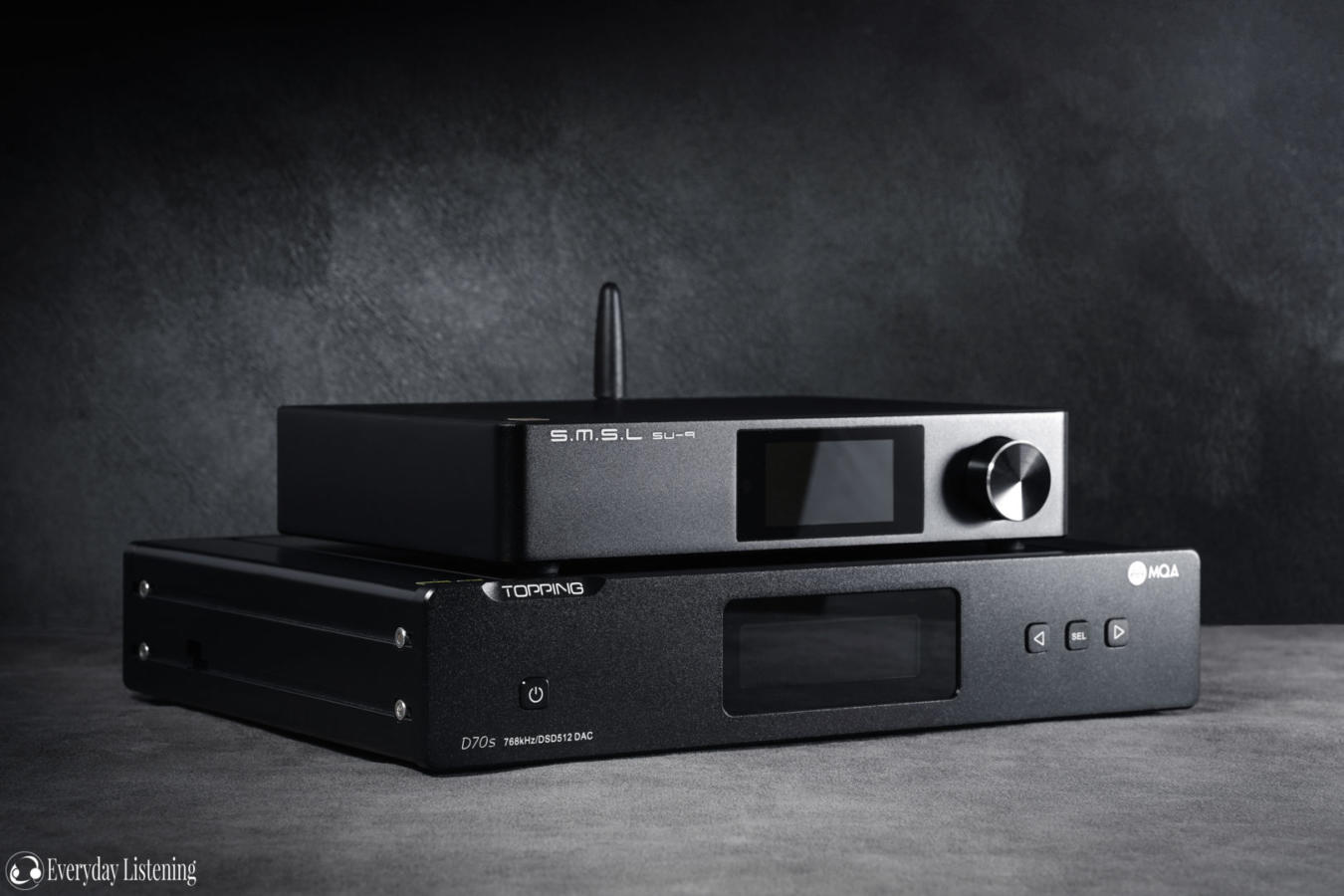 As I haven’t looked into the source market for quite some years now, I was very curious to see how it had evolved. And, where there were unspoken guidelines before, such as ESS chips being brighter, AKM designs being warmer, it appears that modern implementations dispel this entirely – it really does change on a case by case basis. Immediately, the D70s dispels these former notions, delivering a detailed and immediate sound. Though not overtly bright, it is certainly is a technical-orientated source focusing on a swift and highly defined note presentation in addition to high-resolution throughout. In turn, this also cannot be considered a laid-back source in any manifestation, erring a touch on the aggressive and engaging side. Such a note presentation is realised through a balanced and highly linear sound signature. What differentiates the D70s from the plethora of considerably cheaper sources that also hit a highly linear signature is its space, resolving power and range that enthral the listener.

A strong point of the D70s, the low-end is endlessly extending, powerful and controlled. Do not mistake these descriptors for suggesting that there is any form of emphasis here as the D70s comes across as very even and balanced in its expression. It has one of the most accurate timbres I’ve heard with a clean tone and minimal colouration to my ears. Note size, separation and positioning are all faithful to the source material. This, in my eyes, is a huge asset of the D70s, granting it versatile synergy whilst upholding engaging depth and dynamics.

The note presentation is as aforementioned, being concise, controlled and highly defined. Compared to even the SU-9, the D70s has noticeably stronger bass definition, the SMSL DAC being smoother and slightly fuller but also less resolving. The D70s also has a harder-hitting sub-bass, again, impressive considering the lack of any emphasis. Timing is excellent as is separation, delivering a rather effortless portrayal of complex tracks. I’m sure a greater amp would unearth further findings, however, even on the very mid-fi THX 789, I was able to appreciate Topping’s achievement.

Much like the low-end, the D70s targets linearity and cleanliness in the midrange, delivering a highly accurate timbre by association. Once again, the highly defined note presentation and agility of the source comes to the fore, creating the impression of a slightly more engaging and vivid sound despite a lack of any forwardness or brightness. This is an articulate source, not sharp or fatiguing, but surely concise, prioritising definition and resolution of fine detail over smoothness and warmth.

The SU9 once again comes across as a lusher source with greater warmth and body but also less articulation up top. It is not as defined nor as well-separated though does come across as slightly more layered to my ears. It is also an easier listen and I can see some preferring this style of sound due to personal preference. Still, undoubtedly, the D70s is the more detailed and resolving source here, delivering music with great tact and precision.

Perhaps I hear the slightest hint of emphasis in the lower-treble, especially relative to the smoother SU9. The D70s provides a slightly crisper sound with a sharper transient response. Despite this, instrument body is similar, just a hair thinner and treble isn’t forward in the grand scheme of things – the SU9 simply being a slightly laid-back source. The D70s is rather neutral, leaning towards slightly analytical to my ears. It does have superior fine detail retrieval though the SU9 is not far behind despite not being as overtly resolving.

The SU9 impressed me with its dark background and in juxtaposition, the D70s provides a more linear expression here with greater air and headroom. It has similarly strong extension as that model and a bit more sparkle in its top-octave. It’s not an energetic or sharp source once again, but an agile and resolving one for sure. The linear extension permits high resolution without glare or sharpness and I do personally find the foreground detail presentation to be in good taste as well.

The D70s provides a medium sized soundstage, clearly more spacious and expansive than the lower-end sources I’ve heard but not quite as large as the SU-9. In fairness, the D70s has a very different style of presentation, you sacrifice some space and atmosphere instead for a presentation that is more focussed and direct. The SU-9 has better layering on behalf of its more laid-back top-end that enables a stronger ability to project distance and a dark background that provides stronger contrast.

By comparison, the D70s has sharper imaging with a much sharper centre image especially. While its layers may not be as delineated, it has quicker, more defined directional cues, the SU-9 being more holographic but less precise in its positioning. The D70s also has a leg up on separation due to its highly defined note presentation combined with its neutral and linear presentation throughout. These qualities contributes greatly to its effortless detail portrayal.

With a linear, slightly vivid sound and focus on technical performance, the D70s is best paired with a neutral to warm source. The slightly more powerful sounding THX789 was on the cusp of balance with its slightly higher contrast sound to my ears, though with a hugely dynamic bass that I found healthy counterbalance and immensely satisfying in general. The slightly less substantial sounding SMSL SH-9 meanwhile, did come across as a little thin so I would personally recommend a fuller, warmer or dead neutral source as ideal companion for the D70s.

We truly live in blessed times to see such a mature implementation of high-end parts at reasonable midrange prices. Whilst not as accessible as something like the Khadas Tone Board, the D70s is considerably more outfitted in terms of IO and features, and does provide very tangible performance benefits over cheaper models. The design isn’t the sleekest and access to the settings could be refined, though as any great source should, the D70s provides a streamlined daily experience alongside a focus on delivering superlative sound. As Topping have achieved renown for, the D70s provides a highly linear, balanced expression, engaging with its focused, highly-defined note presentation. A larger soundstage can be found, similarly, a more musical tonality – this, arguably, is not the D70s’ intention. Rather, its strength lies in its ability to effortlessly resolve the minutiae and do so without any fatigue, all the while upholding an almost perfectly even-handed presentation. If this sounds like your schtick, the D70s represents a strong value proposition.

The D70s is available from Apos Audio (International) for $649.99 USD at the time of writing. Please see our affiliate link for the most updated pricing, availability and configurations.