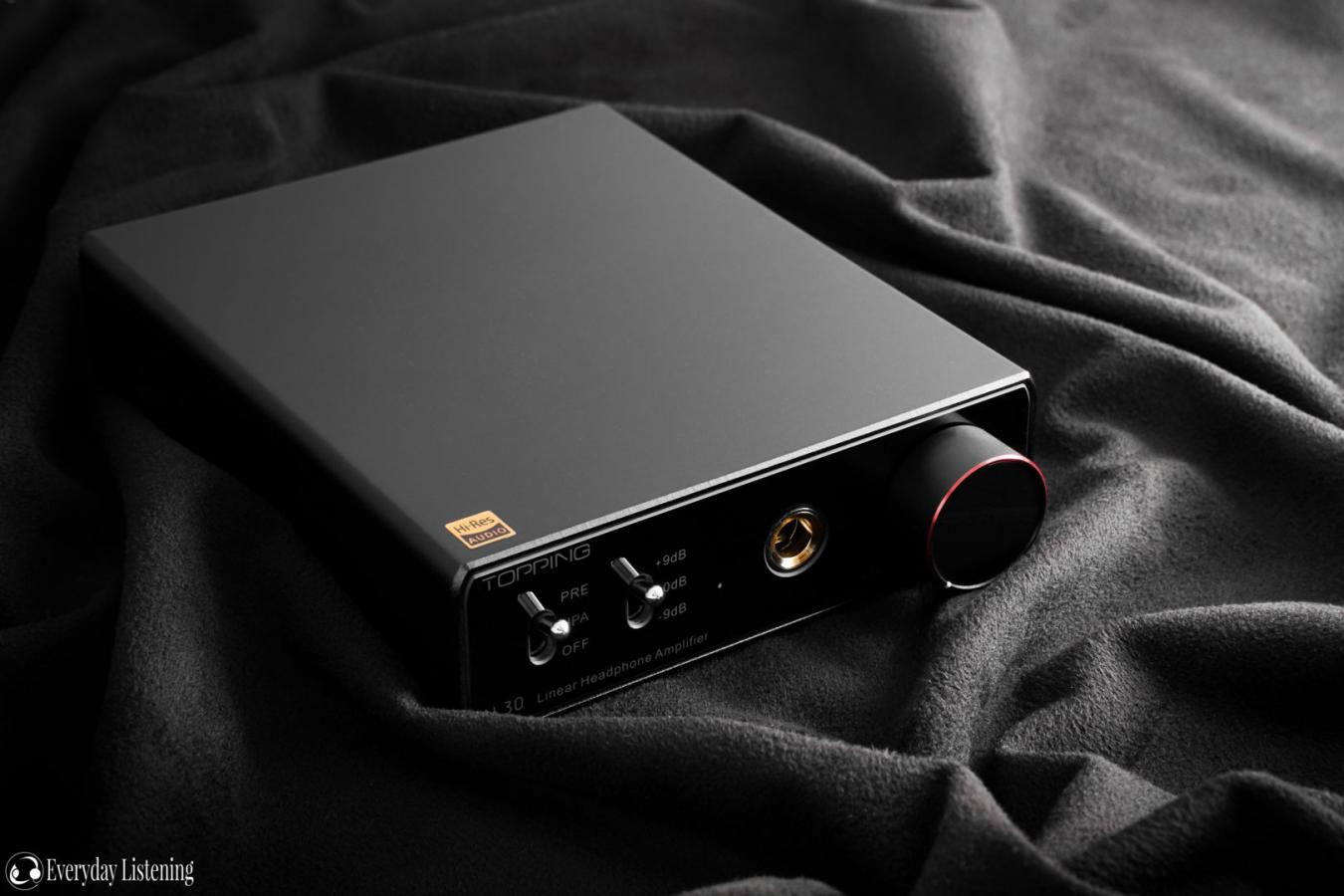 The L30 absolutely nails the fundamentals making the it an easy and versatile recommendation from me.

When Topping first entered the audio scene, I was cautious of their products as, at the time, source designs were not so objective backed as they are now. In turn, they weren’t held to the same standards now set by companies like THX and JDS Labs. I think the same stigma went for many consumers who were weary of new, smaller brands. However, the company quickly dispelled those notions and have proven to be one of the most competitive and cost-conscious brands on the market. They back each design whether entry-level or flagship with a slew of objective measurements, most of which are later confirmed by third-party sources. Interestingly, the company has gone its own route with amplifier design as, rather than adopting a THX module like many others, they’ve created their own competing NFCA module – nested feedback composite amplifier. This was seen in their flagship A90 but, interesting, the very same has been implemented in their entry-level L30 amplifier too. Though obviously a less fully-featured device, the L30, therefore, promises excellent audio performance to match, even exceed, the similarly stellar performance offered by leading competitors.

I would like to thank Apos Audio for providing me with the L30 for the purpose of review. The company is a sponsor of THL, however, all words are my own and no monetary incentive has been provided at any time for a positive review. Despite receiving the amplifier free of cost, I will attempt to be as objective as possible in my evaluation.

Topping utilise an ultra-high performance NFCA module identical to that utilised in the flagship A90. It is an amplifier topology that  uses voltage current hybrid feedback architecture in conjunction with ultra-high gain feedback to provide very low distortion, high current output and a high dynamic range. The NFCA module also drives the pre-amp circuit promising strong performance for external speakers as well. Audiosciencereview have done several deep dives on Topping’s technology and have found it to offer lower noise than even THX’s modules in some instances making it one of the best measuring systems on the market.

As many will know, the power supply is integral to the performance of a high-end amplifier and, thankfully, Topping have opted for a linear power supply on the L30 as opposed to switch-mode that is more commonly seen around this price. Linear power supplies are not as efficient, larger and are substantially more costly to produce. However, they provide a much quicker transient response in addition to lower noise output. This means there’s less chance of introducing noise from your power network into the amplifier which should translate towards better noise levels and higher fidelity.

Like many desktop source devices, the L30 has a fairly basic unboxing experience that it more functional. It is, to me, the best place to cost cut when filtering high-end components down to a accessible asking price. Inside a large white Topping box is the amplifier within soft-touch plastic and a protective foam inlet. Beside is a box containing the AC adaptor and a ¼” to 1/8” adaptor for use with IEMs and portable headphones. A user manual and warranty card are also provided.

The L30 is a very appreciable step up over the older A-series amp designs from Topping with a design congruent with the E30, Topping’s accompanying DAC. In terms of design and build quality, it also handily beats out competitors around this price like the JDS Atom and Schiit Magni 3. Though Schiit’s designs have grown more refined over the years, the level of finish is markedly higher on the L30. It sports a smooth and even sand-blasted finish alongside rounded corners and very soft edges that are easy on the skin. The shell is all-aluminium with exception of the gloss acrylic face-plate that imbues a more high-class aesthetic than the usual alu plate + screw design.

It has silicone feet to prevent scratches and keep the device planted when plugging in or unplugging headphones. The rear is quite utilitarian, with only RCA inputs and outputs for pre-amp functionality in addition to a 15v AC input for power. There are no balanced inputs or outputs as this is a straight-forward single-ended headphone amp that focuses on the essentials. On the front we observe a hidden power indicator, the ¼” main headphone output, a red-ringed volume dial and two switches – one controlling power and output, the other toggling between the 3-gain settings.

The pot has very satisfying action too, being heavy and fluid, similar to a more expensive amp such as the THX 789 while the very lightweight plastic Atom presents little competition in this regard. One thing that the Atom does provide is an additional input in the form of 3.5mm and it also automatically switches to pre-amp output when headphones are disconnected. This makes it a little easier to live with when used with both speakers and headphones. Still, I applaud Topping for offering such an appealing form factor at this price as it is appreciated, but not expected by most buyers.

The L30 is easy to setup, especially with its straight-forward connectivity. I observed no hiss or pop when plugging in or unplugging headphones nor when switching between outputs or power state which is a blessing for sensitive IEMs. The L30 does get warm during use, but after several hours of listening on high-gain was still perfectly comfortable to touch and no harm to surrounding equipment. It was roughly on par with the Schiit Magni 3, however, neither the Atom nor THX789 produced any palpable heat by comparison. I would posit that airflow would be beneficial but this is acceptable for a small metal amp. I found that the amp was not heavy enough to remain planted when unplugging and plugging in headphones, but this may change as the port wears in, being quite tight out of the factory. There is a several second delay when switching between HPA and Pre-amp output, otherwise, nothing intrusive to the listening experience was noted. In pre-amp, you can also use the volume dial to adjust output volume which is handy and adds to the amp’s versatility.