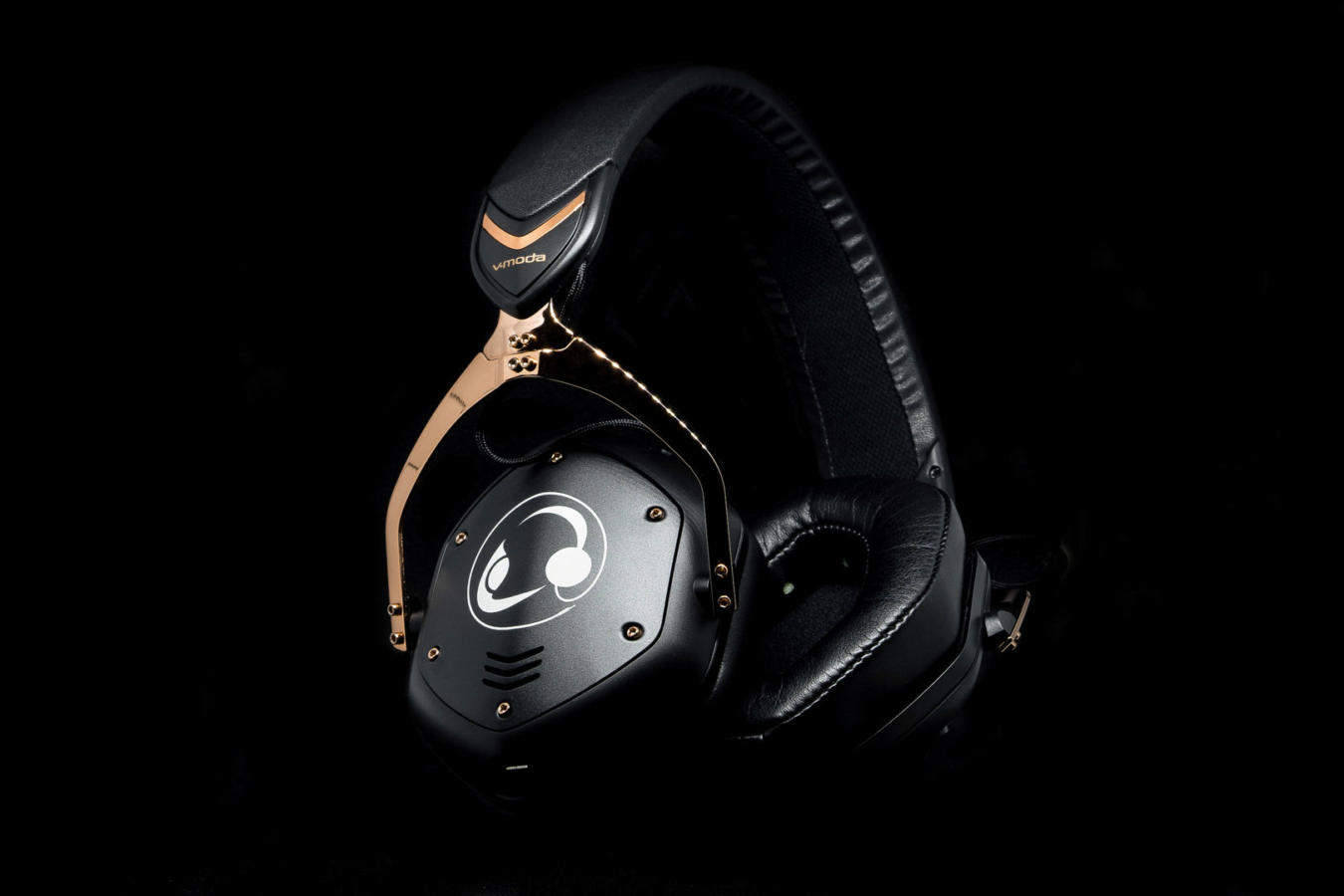 Denon MM-400 ($400): The Denon’s aren’t wireless, but they are subjectively one of the best bass-orientated portable headphones on the market. Its wooden build is just as iconic as the Crossfade’s angular customizable design but they trade the hard-wearing properties of the V-Moda for additional aesthetic charm. The MM-400 is slightly more comfortable as it is lighter with larger pads that fully encompass the ear. Both fold, but the Crossfade gets a lot smaller if bag space is a concern.

It’s in listening that the Crossfade’s interesting bass tuning reveals its strengths and weaknesses. The Denon is notably warmer than the V-Moda, but also more linear and balanced. It has a slight mid-bass focus and lacks the upper-bass dip of the V-Moda’s, sounding a lot more natural as a result. The Denon also delivers tighter rumble and greater deep-bass definition. However, mids are a lot clearer on the V-Moda as they are less coloured by its bass. The Denon is more natural and possesses the density that the Crossfade lacks, but lower-mids can sound a little muffled as a result.

That said, the Denon’s have a similar upper-midrange lift that enhances clarity and they retain their more natural timbre on top. The Denon has a little lower-treble emphasis but it is noticeably less aggressive than the Crossfade 2. It also lacks the middle-treble air of the V-Moda but has a little extra extension and upper-treble energy in return. As such, both are clean sounding headsets with similarly engaging tuning whose unique character is derived from their differing bass tuning.

Master & Dynamic MW60 ($549): The MW60 is among the most prestigious wireless headphones on the market. It has a gorgeous metal/lambskin leather build that feels more opulent but less hard-wearing than the more utilitarian V-Moda. Its design isn’t as sleek as the Crossfade’s, but its deeper pads are more comfortable during longer listening. Both fold for storage and have excellent wireless implementations with great range and Apt-X support.

The MW60 has a warmer, darker sound that is more linear but also considerably less vibrant, lacking the high-end and midrange energy of the Crossfade 2. Both are bass boosted, but the MW60 has more evenly distributed emphasis and is a little tighter. However, the V-Moda has quite a lot more midrange clarity and is a little more transparent; as the MW60 is darker with greater bass spill and colouration.

Highs also have a little aggression on the M&D headphone but they are vastly smoother overall where the V-Moda has greater emphasis and air. The MW60 does extend a little further despite its less revealing nature and delivers higher resolution and greater detail as a result. Both have fairly impressive soundstage presentations for portable headphones, the V-Moda is more spacious and a lot more separated but lacks the coherence and precision of the MW60.

Mad Max is a tale of redemption. And, much like the film, the Crossfade 2 Wireless does much to redeem the reputation of consumer headphones. Because, though not without its flaws, the new Crossfade forms a synergistic blend of form and feature; this isn’t a statement in fashion or luxury, but a hardened headphone adapted for daily use and abuse.

Their combination of engaging tuning, rock-solid build and practical form factor culminate to produce a headphone that excels with daily use; a vital trait to all wireless headphones. Their sculpted sound is slightly unnatural and may be a little over-cooked for home listening, but it is immensely engaging and balances out nicely in louder environments. Additionally, low-latency apt-x wireless lends them well towards videos and films. This is a versatile headphone perfectly evolved for its intended uses.

Verdict – 7.5/10, These are not lounge chair headphones, Bluetooth was never designed with such uses in mind. Rather, the Crossfade 2 Wireless pursues functional excellence; a road warrior, imperishable and enchantingly coloured.