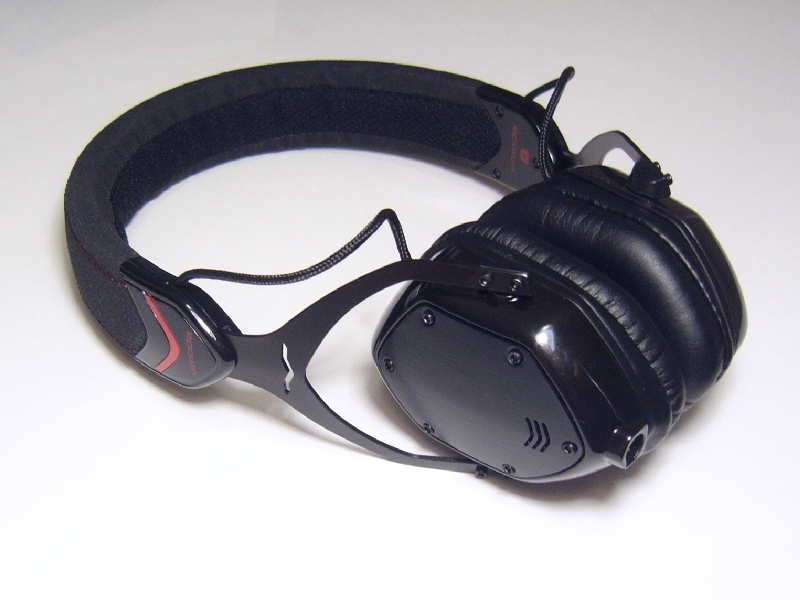 Build Quality (10/10): In terms of design, the M-80 is a miniaturized version of the older Crossfade LP and more current LP2 models. As with the LP, the metal and plastic structure has an air of heft and solidity, and yet the M-80 is not heavy enough to be damaged by its own weight if dropped. In addition, unlike the high-end supraaural headphones from Sennheiser, Beyerdynamic, Audio-Technica, and others, there are very few moving parts to the M-80 so there is very little to go wrong. The included protective carrying case is a nice touch as well, as are the sturdy detachable cables that interface via a standard recessed 3.5mm jack. The only downside of the cloth-covered cords is a bit of microphonics when they rub against a shirt or jacket collar. I also find it a bit strange that a standard stereo cable is not included in addition to the smartphone-compatible mic/remote cords.

Comfort (7.5/10): The M-80 is a small supraaural set, and as such it sacrifices some comfort compared to the full-size Crossfade LP. While it isn’t particularly heavy or viselike, the M-80 lacks the adjustability of the Sennheiser HD25-1 and Beyerdynamic DT1350. The cups have a small range of motion – almost none at all around the vertical axis – and the metal frame is fairly rigid. As a result, the comfort of the M-80 rests almost entirely on the softness of the pads, and while the soft material does an excellent job of coping, this still makes itself known after a few hours. Those with an aversion to supraaurals can consider this fair warning.

Isolation (7.5/10): Partly due to the vented earcups and partly because the rigid structure can prevent the pads from sealing perfectly, the isolation of the M-80 is mediocre compared to some of the competition. It’s sufficient for light commuting but wouldn’t be recommended for subway or airplane use.

Sound (9/10): There are many ways to tune for consumer-friendly sound. One is to offer tons of bass and bother with little else; example: Klipsch Image One. Another is to limit the dynamic range and flatten the soundstage for an illusion of detail retrieval and loudness; example: Beats by Dre Solo. A third is to exaggerate the presentation to create faux 3D space; example: Bose AE1. There are, however, ways of appealing to consumer without offending the audiophile, and V-Moda is clearly well on the way to one such signature with the M-80. The oh-so-important low frequencies are emphasized but not overblown. The bass has good depth and plenty of power, with fairly mild mid-bass emphasis. It loses a bit of resolution at the very bottom but impact is plentiful and there is no lack of body. The presentation is smooth, even a bit soft of note. It is not the snappiest low end among high end portables – the HD25, DT1350, and ES10 are all a bit quicker – but the M-80 provides full, controlled bass without being overly aggressive. In comparison, the Sennheiser HD25-1 gives up a bit of depth for more mid-bass punch, though it still manages to stay free of bass bleed. Other mid-level portables, such as Phiaton’s MS300 and AKG’s Q460, give up even more bass depth to the M-80, and yield to the V-Modas in note thickness and power as well.

Despite the impactful low end, midrange presence is excellent – it is balanced well with the bass and never sounds overshadowed or crowded out, as is the trend with other consumer-friendly headphones. There is a hint of bass bleed and mild warmth imparted by the full low end but nothing distracting. The mids are very smooth and quite level on the whole. Note presentation is soft, without much bite, and while the M-80 loses out to the HD25-1 in resolution and isn’t the best at portraying grit, its mids are wonderfully intelligible and never edgy. Certain female vocals, for example, sound much better on the thicker, smoother, more forward M-80 than they do on the crisper HD25-1. There is an open feel to the midrange, too, and while the M-80 doesn’t perform quite as well with busy tracks as the HD25-1 does, it doesn’t get as congested as the old Crossfade LP or competitors such as the Klipsch Image One and Phiaton MS300.

Moving up into the treble, the M-80 becomes more laid-back while maintaining its smoothness. The top end is not notably recessed but it lacks the sparkle and energy of sets like the HD25-1, ATH-ES10, and AKG Q460. Cymbals lack shimmer and the sound comes across a bit less crisp overall. The general tone, too, is a touch less neutral compared to the HD25-1, and the detail and resolution are slightly lower. That said, the treble is not relaxed enough for the M-80 to be labeled dark and top-end extension is good, just as it was with the Crossfade LP. The result of all this mellowness is that the M-80 is completely non-fatiguing and extremely forgiving, but for the lower listening volumes I’m used to, I would still want more presence at the top. In most ways, the top end of the M-80 is opposite that of the HD25-1, which tends to be hot and somewhat splashy and results in some questionable timbre characteristics. All in all, I feel that the treble region is the weak point of both headphones, though for completely different reasons.

Where the M-80 is easier to split from the competition is in the presentation – for a small supraaural headphone it is very capable. Sound comes across nicely layered but not distant. The sonic space is larger than that of the Sennheiser HD25-1 and very well-rounded. The Sennheisers do separate a little better but on the whole I’d rather have the more well-rounded, more spacious soundstage of the V-Modas. Comparing the M-80 to the Klipsch Image One and Phiaton MS300 really makes the competition sound flat and congested. Even the AKG Q460, which can keep up with the M-80 as far as detail and separation go, loses out easily when it comes to soundstage depth. Of course the competent presentation of the M-80 is part of a bigger picture, one that involves good natural clarity (as opposed to clarity achieved via specific treble emphasis) and good dynamics, among other factors. And yet despite all this, the M-80 is very efficient, very easy to drive. It performs well enough without external amplification to go head to head with the HD25-1, and that’s saying something.

Value (9/10): Put simply, the V-Moda M-80 is a very good portable headphone. Comfort and isolation are held back slightly by the lack of flex in the structure and semi-open design but with its ruggedized construction and few moving parts, the M-80 is compact and very sturdy. Additional features such as the (optional) customizable face plates and smartphone functionality go hand in hand with the high efficiency of the drivers and consumer-friendly sound signature. Most impressive is that the smooth, non-fatiguing sound retains a high degree of technical ability; in the IEM world, the M-80’s soul mate would be the dual-driver Fischer Audio Tandem. Clearly, this is a step in a welcome direction for V-Moda – I may miss the comfort of the circumaural Crossfade LP but I don’t miss the sound one bit. For portrayal of the midrange frequencies and soundstaging especially, the M-80 is right up there with the best of them.