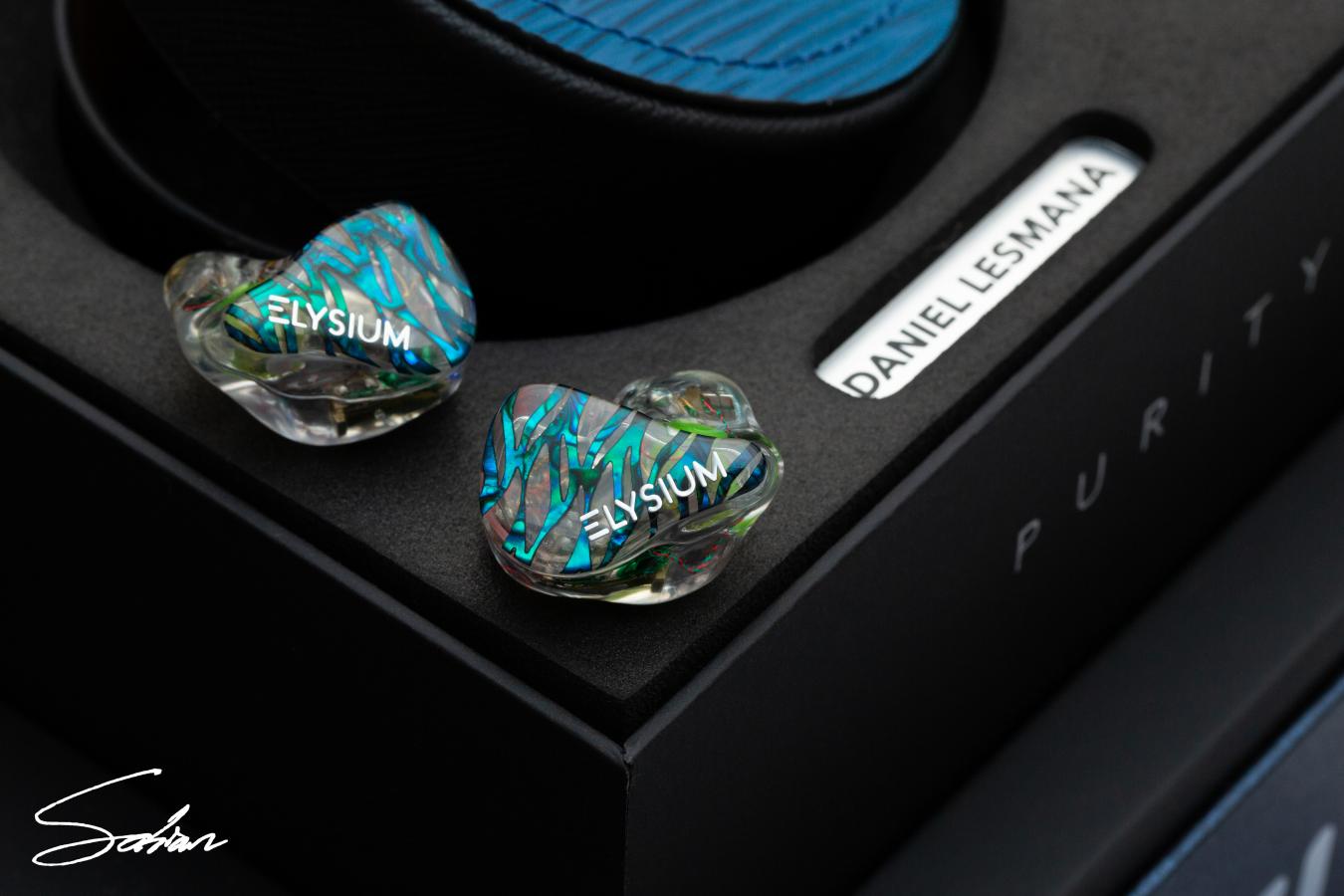 Empire Ears’ flagship Wraith is chestier-sounding than the ELYSIUM. Its vocal timbre is denser and meatier, resulting in notes that have more heft and solidity to them. So, its presentation isn’t as open, airy or dynamic as the ELYSIUM’s is. A somewhat relaxed mid-treble also gives the Wraith softer, more pillowy articulation, which contrasts the latter’s crisper, brighter-sounding transients. But, in terms of background blackness and image stability, the Wraith definitely competes. Despite its larger, more forwardly-positioned instruments, the soundscape always comes off composed and defined. By comparison, the ELYSIUM’s more neutrally-positioned instruments then give it the edge in spaciousness and headroom.

Down low, Vision Ears’ flagship is slightly warmer and bigger-sounding than Empire’s. The latter’s bass response is airier and more clinical by comparison, though the two aren’t far off in sheer presence and impact. But, again, because of the Wraith’s more forwardly-positioned instruments, it is the fuller, richer and more saturated-sounding of the two. Tonally, it has this weight to it, that contrasts the ELYSIUM’s lighter, airier presentation. And, dynamically, it’s more matter-of-fact too, while the ELYSIUM incites more energy and excitement through its contrast-driven response. So, the Wraith is ideal if you want something bolder, denser and more substantial, while the ELYSIUM is for listeners after air, space and detail.

Compared to the ELYSIUM, Jomo Audio’s Trinity is a lot more brazen and fun-sounding. It’s a got a noticeable w-shape to it, which incites energy through contrast. Although the ELYSIUM does the same to a certain degree, it isn’t as coloured as the Trinity is. The low-end is where the two are furthest apart. The Trinity’s bass response is strongly fatter, punchier and more prominent. It’s a major player in the in-ear’s ensemble, while the ELYSIUM’s lows take on a more foundational role. Following that is a stronger dip towards the Trinity’s lower-mids. As a result, its midrange isn’t as harmonic or wet in tone as the ELYSIUM’s are. Instead, they’re more energetic and in-your-face, while the ELYSIUM’s are more linear and accurate.

Up top, the Trinity comes off the brighter-sounding of the two, because of its crisper, livelier upper-treble. The ELYSIUM’s is a hair more even-sounding by comparison, even though both in-ears have articulate low-treble peaks around 5kHz. In terms of raw extension, I’d have to give the edge to the ELYSIUM. Its background comes off a tad darker, and its image is more stable too. Spatially, the ELYSIUM is also more composed and reined-in. Instruments are vivid, but they’re precisely organised at the same time. The Trinity’s w-shaped sig gives it more looseness, even if it means coming across a tad less meticulous. Ultimately, your preferences – down low and dynamically, especially – will decide which of the two is for you.

The ELYSIUM and the Fourté Noir share several similarities in their pristine, vast and open stages, their neutral tonalities, and their immense technical ability. Both are statement IEMs with an eye for detail, dynamism and speed. But, there are several differences between them as well, particularly in terms of overall linearity, midrange accuracy, treble refinement and bass presence. For the full comparison, you can check out the last page of my tia Fourté Noir review at the link here.

The Vision Ears ELYSIUM is as vivid, vibrant and immersive as it is precise, resolving and pristine. Its technique is nothing short of masterful, and it shows on every track. But, like a Dave Weckl or a Mark Knopfler, what truly sets it apart is how captivating it is – on an emotional, musical, non-analytical level – to listen to at the very same time. Again, the one theme that runs throughout the in-ear’s frequency range is harmony and balance. Whether it be between smoothness and cut, or resonance and speed, or richness and space, the ELYSIUM hits every mark near-impeccably. Vast, clean, dynamic and refined, the ELYSIUM is a stunning piece; one of the most unique – yet, dead-easy to love – summit-fi in-ears ever made.