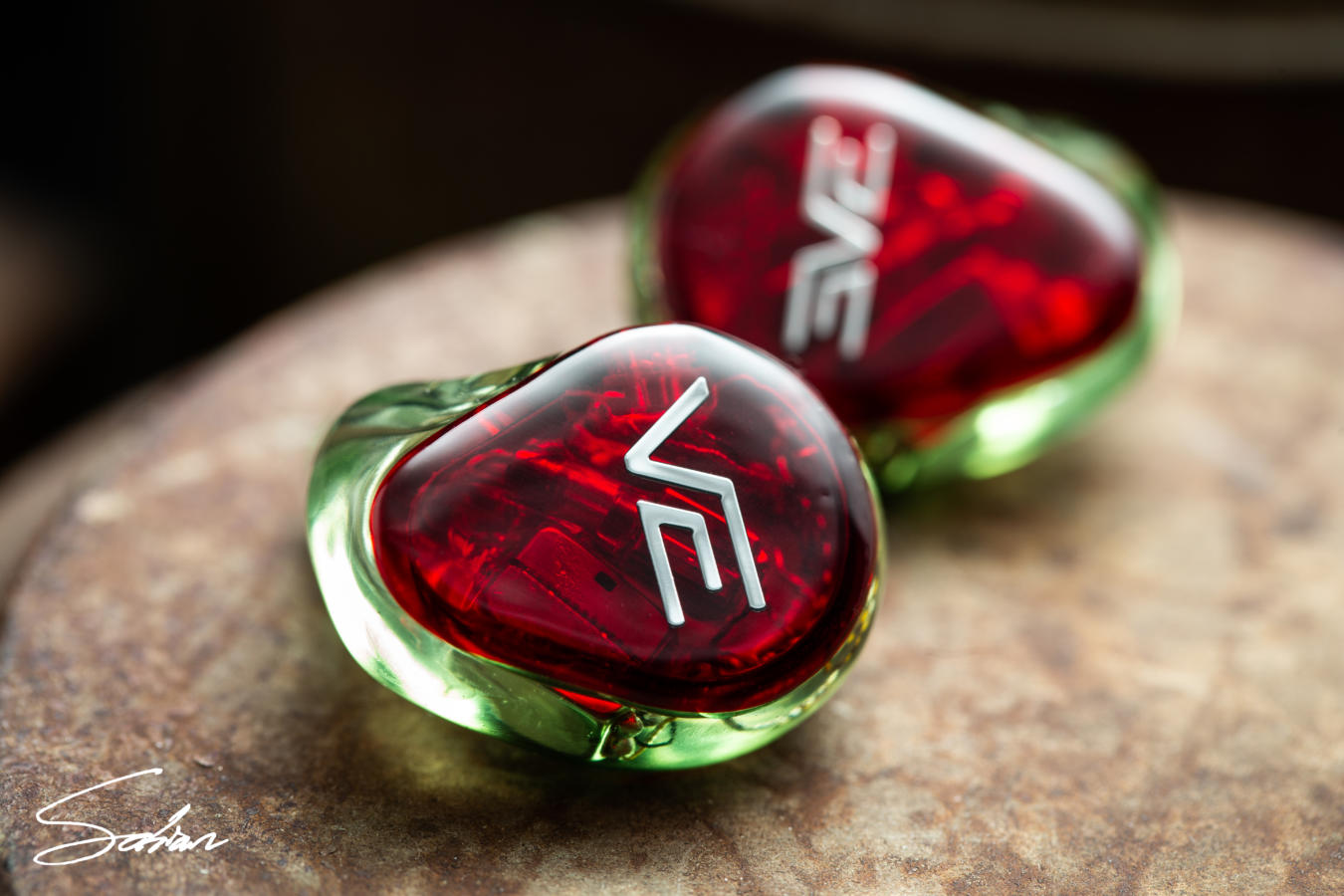 Comparing the EVE20 to Vision Ears’ previous six-driver flagship shows a clear evolution (both technically and tonally) for the company. What’s immediately apparent is the former is a much sharper, much more focused-sounding in-ear. Notes have cleaner edges to them, and textures are much more apparent as well. By comparison, the VE6XC almost feels a tad smeared or smudged; as if the soundscape was ever-so-slightly out of focus. The EVE20 exhibits much stronger extension both ways as well. Its bottom-end has a lot more weight and solidity to it, and its treble is what creates the discrepancies I described above. Now, where I feel it actually benefits the VE6XC is midrange presentation. Its slightly weaker extremes puts a bit more focus onto its mids, so it doesn’t come off as compressed or strained as the EVE20’s can be at times. This aside, though, in resolution and imaging, it has to go to the EVE20; a clear sign of Vision Ears stepping it up at every turn.

Tonally, you’ll hear a much softer, much daintier sound coming from the VE6XC. It has larger, wetter notes that bloom or glow a bit more, resulting in this ethereal presentation where instruments intermingle and cross paths. Again, you’ll get a dip in imaging precision and separation as a result, but it can work in certain scenarios too. Novo Amor’s floaty, heavenly vocals on Anchor evoke more emotion and magic on the in-ear. The same goes for the pianos and strings on Yanni’s Until the Last Moment; a lot more ethereal with each part of the ensemble blending that tiny bit more. Where it will not work is with instruments that crave contrast and impact to sound their best: Drums, percussion, chugging electric guitars, horns, etc. The EVE20’s elevated extremes and more-focused midrange is more capable at delivering the punch and aggression. With uptempo tracks, it provides a much stronger pulse as well. You really feel the 2 and 4. So, again, there’s a clear split in terms of what music each IEM can play best. It’s up to your genres and tastes, and how much you value technique too.

Custom Art’s FIBAE 7 is almost the antithesis of the EVE20, in that it is a more relaxed, more linear and more rounded in-ear. But, they share similarities in their meaty, robust, slightly-warm profiles as well. For a fuller, more thorough head-to-head comparison these two IEMs, as well as the full breakdown on this FIBAE 7 as a whole, my review of it is linked here.

FiR Audio’s M4 is a leaner, drier-sounding in-ear compared to the EVE20. It stems from its relaxed lower-midrange, which cuts-out some of the warmth or bloom that lend instrument their spread. Snare drums will seem lighter and more clang-y on the M4, and vocals will seem less weighty too. Female vocals and horns will have this lighter, thinner, brassy-er tone to them. So, if this airiness and lightness is what you’re after, FiR’s M4 may be more ideal. But, if you want your midrange to have more beef and robustness to it, the EVE20 is your pick. That also stems from the M4’s tizzy-er treble, which lends hi-hats and cymbals a brighter, sharper edge. Though, perhaps by virtue of this IEM’s tubeless technology, they do decay a tad quicker as well. So, it’s great for a quick attack, as long as you don’t mind its initial tizz. Whereas, the EVE20’s slightly more-bodied, longer-lingering treble will add more character to cymbals and chimes, even if it doesn’t fade as gracefully.

Spatially, I find the M4 the more open-sounding monitor. It ebbs and flows more palpably than the EVE20, and with a bit less effort too. But, the difference isn’t the hugest in the world. Further towards the lower half of the spectrum, I find the EVE20 the more engaging in-ear of the two. Its fuller, musclier low-mids add a ton more gusto to those chugging rhythm guitars on Mark Lettieri’s Pulsar, as well as baritones like Michael Bublé. But, when it comes to the bass, I guess it’ll come down to taste. You’ll get a more sub-bass-oriented low-end from the M4 with cleaner, tighter hits. The EVE20’s has a hair more spread and bloom to it, but with similar control and authority. I personally feel it’s stronger for genres like hip-hop and EDM, while the M4 has the more realistic tuning for live music or latin music. So, all in all, I feel which to get of these two shall come down to taste; the lighter, breezier, crisper M4 or the meatier, more robust and rowdier-sounding EVE20.

Vision Ears’ EVE20 is a rockstar of an in-ear monitor; packed full of contrast, distinct, concentrated textures and fistfuls of impact. It drives and pushes music forward, but it isn’t all flash either; not in the slightest. Courtesy of a robust, resolving midrange, this EVE20’s transients always come anchored to notes that are dense, meaty and substantial. So, underneath all those booms and tizzes are instruments that possess fullness, weight and realism at all times. It’s not one for subtlety or grace. And, its high-mids aren’t the best-equipped for spine-tingling belts or roof-blowing ballads. But, minor quibbles aside, Vision Ears’ EVE20 is one of the richest-textured, most versatile and most technically-apt high-energy monitors I’ve heard. It sends a clear message as to what this EVE series aims to be, and just how much potential it holds for the future.