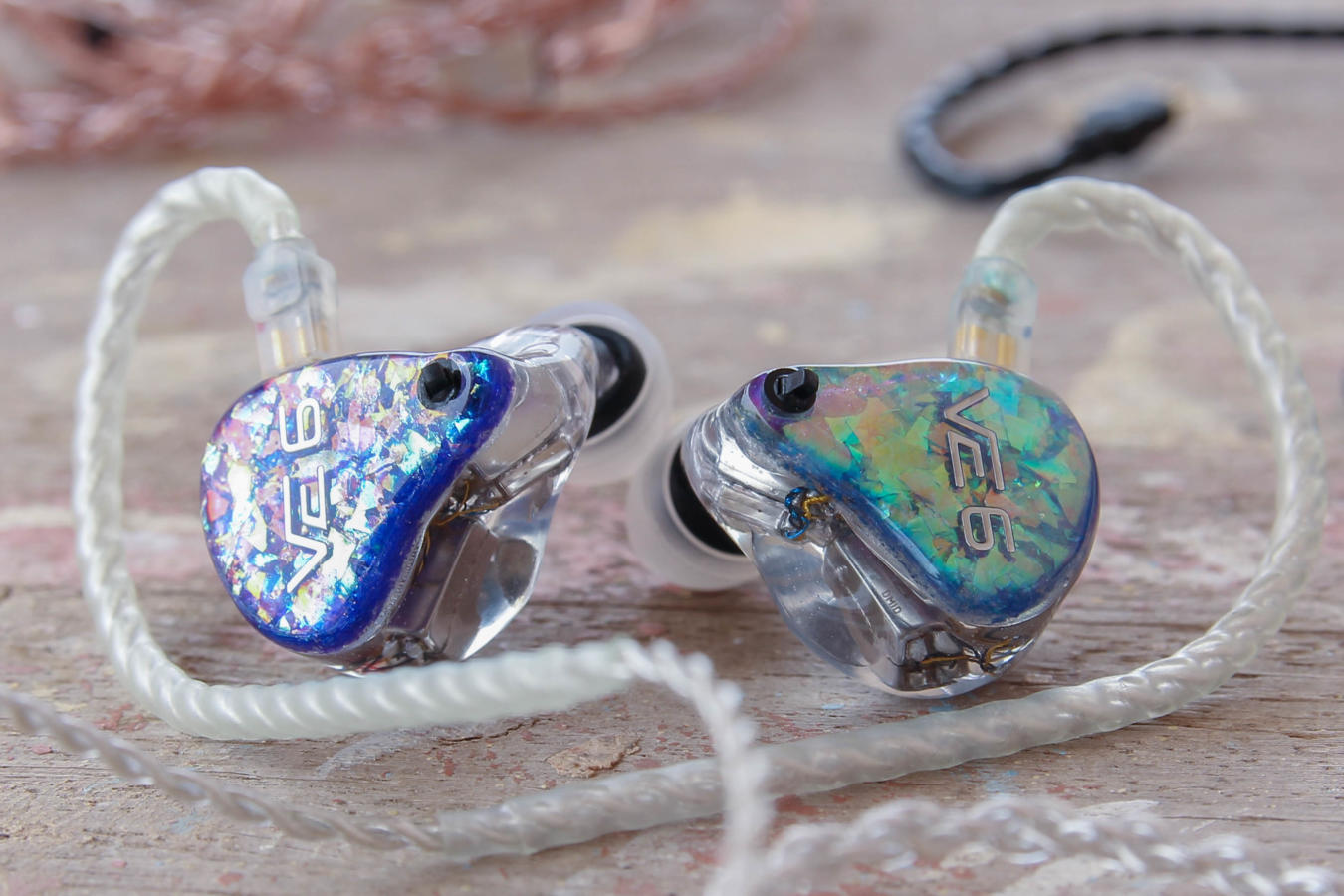 German craftsmanship if well known for their attention to details and we expect excellence from them. Some of the most known audio brands are from Germany. We expect excellence both visually and functionally. Here we are looking at one of the most known IEM brands from Germany, Vision Ears. VE came to existence in 2013 and used to make only custom shell IEMs till 2019, now they are making some of the most sought after universal IEMs like Erlkonig and Elysium. Their VE8 has been regarded as one of the best custom and BA based IEMs one can buy.

From their stable here I have the VE6XC. It was the 2nd in command, placed just under the VE8 but in between this tour, Vision Ears surprised us with the VE7!! It sit along with the VE6XC but why? It kind of does not make a lot of sense when we see a sensible brand like Vision Ears places an IEM with higher driver count below the VE6XC. There is a catch. VE6XC is not a single IEM. So basically VE6 has two versions, VE6 X1 and X2. X1 and X2 are two different IEMs and both have different tunings, to unify that they introduced the VE6X-Control. So in a simpler sentence, VE6XC is not a single but two different IEMs summoned upon a flick of a switch.

There are no restrictions even with the universal fit IEM. One can opt for different shell and faceplates for just 200 Euros more. The universal version with their signature design is priced at 1750 Euros while the Custom versions are priced at 1950 Euros.VE6XC faces competition from IEMs like Empire Ears Legend X, Fir Audio M4 and a few more. Thankfully the $2000+ IEM market is not as crowded as the $1000+ price bracket.

P.S. This is a review of a tour unit. I got in touch with Vision Ears and would like to thank Amin Karimpour for these units.

Buy one form these links:

This being a tour unit it didn’t ship with the travel case which all the VE IEMs ship with. Our unit came in a round shaped all metal carry case and 3 pairs of spin fit tips. They ship the retail units with a square metal carry case, IEM carry pouch, IEM cleaning liquid, a quarter inch adapter, a cable clip, Velcro cable strap, cleaning cloth, cleaning tool, couple of stickers, a booklet and a pair of dehumidifiers.

When you pay around 1650 Euros, you deserve a lot of accessories too.

HOW IS THE CABLE:-

This cable could have been better but just like any other boutique brand VE too doesn’t have a premium or aesthetically good looking cable. What is has is a very good sounding average looking 4 core SPC cable. Good thing is this cable is reasonably supple and do not have much memory. It does not tangle in its own and that is a relief.

It is a similar cable we see with InEar and Horluch.

VE has been using semi custom resin filled shell with their universal IEMs which gives it a nice and sturdy still a very ergonomically feel inside the ear. Slightly aggressive inner wing design provides nice traction inside the ear. The resin shell is strong but it might not survive drops on marble or concrete floors. Aesthetical highlight of the VE6XC is its eye catching back plate design.

Thanks to the resin shell VE6XC is very light. Size of the earpiece is slightly on the bigger side but thanks to the longer nozzle and ergonomics it should fit most ears effortlessly.

The nozzle of VE6XC is on the wider side and one can fit T500 and T400 size tips easily. Spinfit tips out of the box are good but a wide bore tips do give it a more open feel. Isolation with Spinfit tips is excellent. It blocks out a lot of outside noise.

VE6XC with its 20ohm impedance and 122DB sensitivity is not a difficult IEM to sound loud but driving it to its potential is slightly tricky. Drive it with inefficient sources and the 6XC sounds clumsy and intimate. Even my Shanling M3X with its dual DAC mode is unable to drive it to its fullest potential. It needs something like the iFi Micro signature to sound at its best, open and agile.

The biggest problem with inefficient sources is the lack of dynamics, notes attack and stage depth.

Of all the VE IEMs, VE6XC has something unique to it. It has an X-control switch. This switch changes the way VE6 delivers the whole spectrum.

When the switch is in X1 position it delivers deeper and more voluminous bass, it sound warmer and rumblier. It gives the whole spectrum a bit of warmth and makes the mid range sound forward. X1 is more fun and engaging. The treble region lacks a bit of bite as the fuller and meatier mid range take the center stage.

If you want a more balanced and flatter sound, flick them switches up!! X2 is more balanced with a bit more clearly distinguishable treble section.

Now keep in mind that both modes have exactly same sub-bass reach and treble extension.