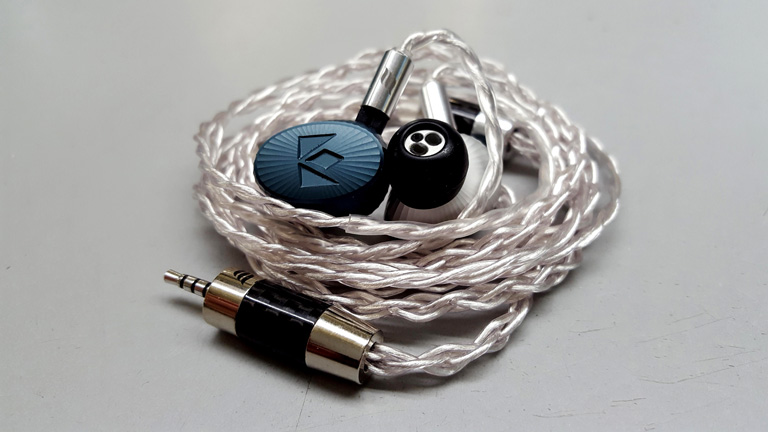 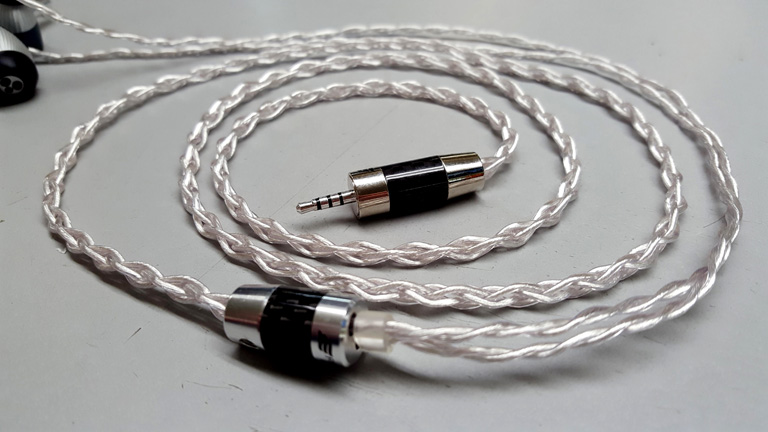 ::Disclaimer::
Effect Audio provided Thor II free of charge for the purpose of my honest review, for good or ill.

I sent many a message to Eric Chong of Effect Audio before I got anywhere. I suspect he feared me for a frothing lunatic. Indeed, my emails justified that assumption. But I persisted, and eventually he sought help from Nic (Flinkenick), who probably told Eric to buy a gun and seek shelter… but also to give this foul Pinky a cable to review, or he’d never stop.

And along came the Thor Silver II, for which I offer Eric a heartfelt call of thanks. 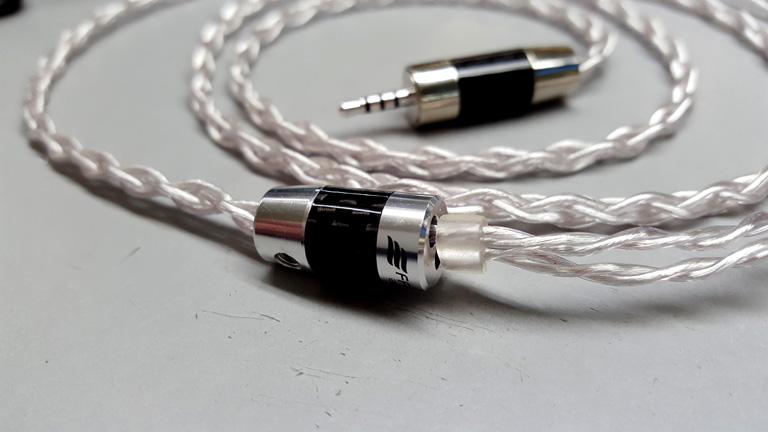 This thing is mesmerizing to behold. The photos do it little justice. It’s easy to understand why silver is so valued in jewelry. Thor drinks in the light and seems to faintly glow with it. Simply beautiful.

The ergonomics on this cable are stellar. STELLAR! I don’t know how they did it, but it’s the softest, supplest, and most flexible conductor I’ve ever used. It drapes like silk, not wire. It’s a little heavy, but not cumbersome. Use a shirt clip and it’s perfect. 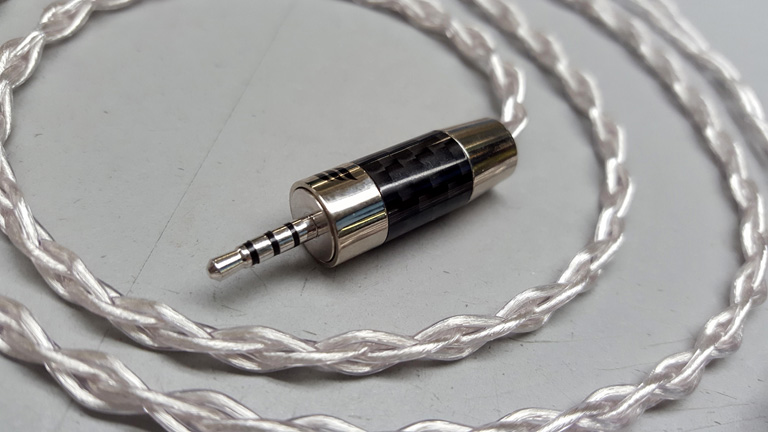 The one thing I wish were different is that the ear-loop stuck out a little farther. The 2-pin connects are short, and the wire begins its backward loop a little early. For most IEMs, this is fine. But for the current generation of Noble Audio universal shells, this can lead to a detrimental interaction with your ear, and the IEM struggles to insert deep enough for a secure fit. This is really not an EA issue, but a Noble issue. ALO’s Reference8 is also a pain to use with Noble gear. But if EA began the loop farther away, it would work better with these bizarrely shaped IEMs.

All cables f**k with the audio. They all have resistance, and that resistance tweaks things. There’s no such thing as a truly transparent wire. I find the question of cables to lie not so much in how little it alters things, but in what way. Take any headphone or IEM and ask yourself, “What do I want to change about this sound?” Once you answer that with as much specificity as possible, you can begin looking for the right cable to accomplish your ambition. Spending THE MOST MONEY on a cable is not guaranteed to meet your desires. A $150 copper jobby may pair better with your gear than an $800 silver + gold litz.

Here we have a $400 silver litz. Read carefully before you decide if it’s right for you. This is some crazy alien tech, and the results may frighten you.

The Effect Audio Thor II is not like other silver cables. It is not bright or thin-sounding. There are no harsh edges to the notes. No dryness. In fact, the treble is smoothed out and warmed up. The overall tone is warm and liquid, though it’s infused with great air and sense of space. But it doesn’t sound like a copper conductor, either. Thor is f**king weird and I find it difficult to describe. There’s an otherworldly depth created, where layering is spaced out so much you feel as if you can walk among the elements. The better the IEM, the stronger the effect. You can hear the silver in the cleanliness of the stage, yet it’s married with so rich and velvety a character you’ll never mistake this for an ordinary silver cable.

I do not find Thor to pair well with very warm IEMs with naturally recessed highs. The U12 is not the right monitor for this cable. I look for a cable that brings out the U12’s treble, not smooth it out.

Where Thor II really shines, is with IEMs which possess a rather bright upper range, and could use a little attenuation.

Noble Audio Kaiser Encore paired with EA’s Thor II is one of the most splendid listening experiences of all time. Encore is mighty in clarity and transparency, with more detail than you could ever ask for. Some find the treble a little harsh. I would agree it’s slightly unnatural, but not fatiguing to my ears. Still, I can’t help but appreciate the effect Thor has on it. The treble smoothes the f**k out, and the whole presentation takes on this marvelous liquidity. Everything becomes oddly holographic, with new depth and dimension. The bass kicks in, the mids richen, and treble simply sounds extended and clear, but not as aggressive. Thor transforms Encore into the perfect balance of lush and transparent. It’s one of my favorite things to listen to now. As I mentioned before, I only wish the cable and the IEM worked together a little better in terms of ergonomics. But again, this is more of a Noble issue than EA.

When I bought my second-hand B-Stock tia Fourté by 64Audio, it replaced Encore as my top monitor for resolution and transparency. It’s like Encore Ultra; they share so much in common. Because of this, I enjoy making them as different as possible, using Thor with Encore to induce warmth and smoothness, and using my plusSound GPC to push Fourté farther down its natural path of clarity and transparency. However, when I attach Thor to Fourté, it becomes the in-ear equivalent of the Audeze LCD-2.2 Fazor… and that is f**king addictive! The silky richness, the clean and layered warmth… yeah, it loses some of its transparency, but oh boy, it’s a goddamn delight. I find it hard to say which cable I like better for these IEMs. 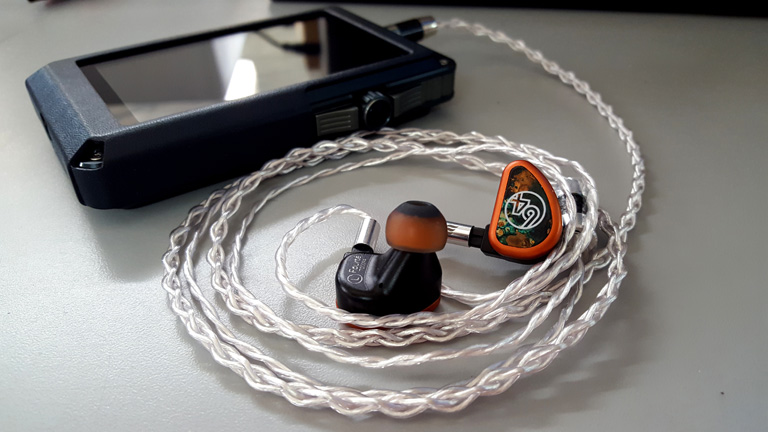 I’ll tell you, I love everything about Effect Audio’s Thor Silver II. It’s not the perfect match for every monitor, but no cable is. I love that it’s weird. I love that it’s different. Thor II is a truly unique creation, one which adds potent magic to your favorite IEMs, making them… stranger.