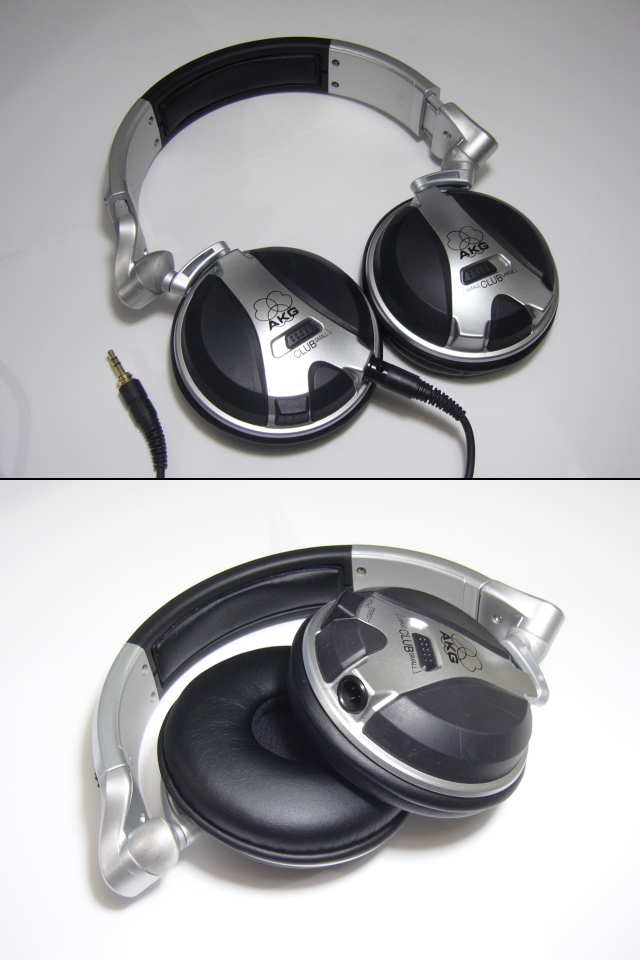 There is no doubt that the K181Dj is an improvement over the lower-end K81Dj. Whether it is $100 better, however, is a much harder question to answer.

Build Quality (9/10): The lower-tier K81 is already a well-built headphone but the K181 takes build quality one step further. The construction is brutish and features a metal inner structure and hard plastic outer shell. One downside is that the K181s don’t fold into quite as many configurations as the K81s – the bulkier joints and larger cups reduce the degrees of freedom allowed by the 3D-Axis mechanism. Still, they are plenty portable when folded and a velour carrying pouch is provided. The detachable stock cable is slightly shorter and significantly thicker than the K81 cable and connected via a 3-pin mini-XLR connector, same as AKG’s other detachable-cord headphones. If I had one worry it would be about the silver paint that’s used extensively on these and may chip over time as well as the plastics, which may start to crack if these are thrown about a lot.

Comfort (6.5/10): Again improving on the K81 formula, the K181 features a wider, slightly padded headband. The pads, though big enough to be circumaural, have an inner diameter identical to the K81 pads and thus remain supraaural, though they are quite thick and comfortable. The K181s also don’t clamp quite as hard as stock K81s but are about 2x heavier. The greatest improvement, though, is one that fixes my greatest criticism of the K81 – a longer headband. Though the K81 fits on my head just fine, there is no reserve left in the headband for those with larger noggins. The K181 fixes this with a truly monstrous headband length – they actually fit just fine *over* the fully-extended K81s.

Isolation (9.5/10): Again improving slightly on the K81s, the thicker pads of the K181 offer more isolation than those of their smaller sibling.

Sound (8/10): Head-to-head comparisons with the K81DJ are inevitable but I will try to be as general as I can. In a nutshell, the K181s alleviate a lot of the issues I had with the sound of the K81s but just don’t go quite far enough. They are more balanced and less dark than the K81s. The low end is still very powerful but the K181s do a better job of controlling it and it is even more extended than with the K81s. The bass also feels like its integrated better into the overall sound. Additionally, there is a bass toggle switch, but after playing with it for a bit I decided that it is better kept in the “low” position for fear of altering plate tectonics. The midrange is very clear and boasts a good amount of detail and very natural tonality. It seems slightly forward compared to the K81s but this is likely the result of the K181s’ better bass and treble control. The treble is equally natural and very smooth. Though it lacks the distinctive sparkle of the K81, there is not a hint of harshness or sibilance with the K181. Amplification has an effect on the K181s, but not so much that I would recommend getting an amp just for them. I have also been using them with a DHC Cryo K702 cable, which sounds brilliant with these. It really helps with the treble rolloff issue that these share with the K81s. Overall the K181s are still far from being flat, neutral monitoring phones but they can be quite fun, especially with the club-type music for which they were so obviously designed.

Value (7/10): The AKG K181DJ builds on the brilliant versatility of the lower-end K81DJ, surpassing its smaller sibling in every area save for portability. However, in doing so they lose sight of what makes the K81 so good – the price tag. Despite the slight improvements in build, comfort, isolation, and sound, the K181s biggest problem is, and always will be, the K81. The K81DJ is less than half of the price of the K181 and about 90% of the headphone. If cost is not an issue and the slight performance improvements of the K181 seem like they are worth a premium then they are great headphones to be had. Otherwise, I have a tough time recommending them.