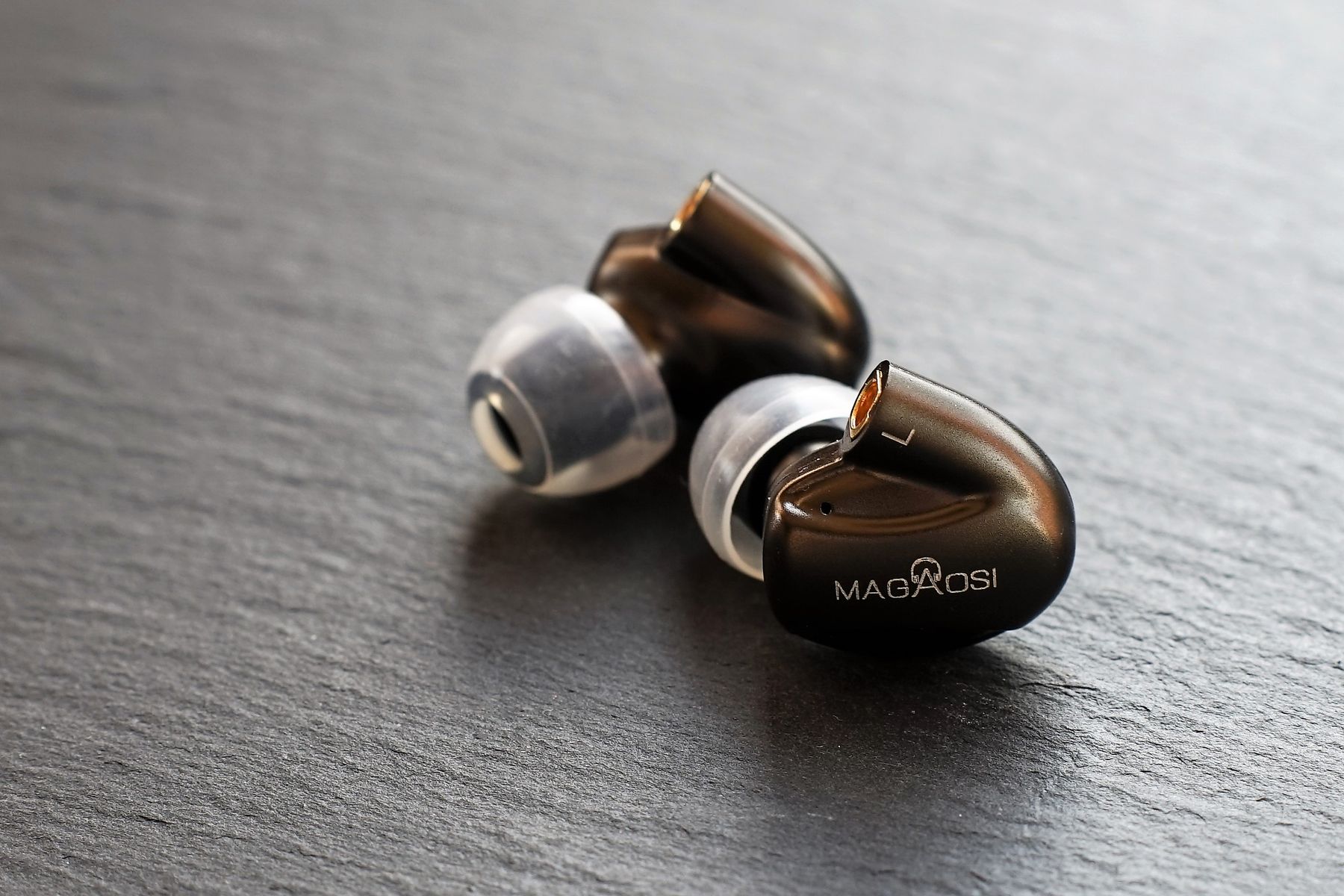 It’s been said countless times before that the driver array really amounts to nothing, more marketing than meaning. Because without tuning of each and every acoustic element, the housings, filters, tips, etc, a multi-driver earphone can very easily sound worse than single driver equivalent. So of course, I was hesitant of the K3 Pro’s meagre asking price, postulating that a triple driver could not possibly be refined enough to compete with stunning single dynamic driver earphones like King, En700 Bass and Basic. Thankfully, any doubts were very quickly dispelled upon first listen of the K3 Pro; even fresh from the box, they were delightfully engaging and simply well done. They aren’t the first to pull of the hybrid driver format at this price, those accolades go to the notorious 1More Triple Driver, though the K3 Pro holds numerous advantages over that model in both sound and design. But though the K3 Pro performs better than I had hoped at this price, the earphone is still bested by other triple driver setups like the Dunu DN-2000 and Oriveti New Primacy, of course, both are around triple the price. Ultimately, the K3 Pro embodies value as others embrace diminishing returns, Magaosi have done their homework with proprietary drivers producing a sound that is similarly unique and desirable.

The K3 Pro’s are tonally excellent without being particularly tonally accurate. Balance is adjustable though the two included filters, and while each has its own distinct sound, the changes are merely tonal with the underlying characteristics remaining untouched. The stock grey filter provides the unaltered sound in all of its revealing glory. With this setup, the K3 Pro is delightfully clear but also quite piercing in the high frequencies and I’m not usually one to shy away from treble. Switching in the silver filters provides a more agreeable listen with just the right amount of attenuation and they are definitely more tonally correct to my ear in this configuration. Highs are still sparkly and just as extended but never become sharp and grating. Mids are granted more presence, or rather are less recessed and bass retains its full, organic character. With my preferred silver filters attached, the K3 Pro sounds mildly v-shape, vivid and engaging. All comments will be with the stock large silicone tips and silver filters

The K3 Pro also has a really nice if not well-rounded soundstage with special mention going to width. With a very ovular presentation, tracks with encoded soundstage details just reach out of the head width with substantially more intimate depth. Height is mostly non-existent though most earphones don’t tend to reproduce this axis well anyway. As such, the earphones do sound spacious while retaining a very strong centre image. This comes at the cost of imaging where details tend to be pushed to the sides with some absences at the front besides the very centre. In listening, the earphones actually sound very nice though the aforementioned weakness with imaging is easily noticeable in comparison to most other earphones. When listening to a live recording of Eric Clapton’s “Layla”, vocals were very well centred though the instruments and audience were pushed to the side, missing out on some details and accuracy. In addition, the K3 Pro’s are one of the more separated earphones I have heard around this price though treble can get a bit busy. By comparison, the Simgot EN700 Bass, another fantastic earphone at this price, was more rounded with better instrument placement and a similarly strong centre image though its more forward midrange and smaller stage compromised separation. So while the K3 Pro shows some minor faults, its performance is hardly mediocre overall, they avoid sounding either congested or claustrophobic.

The K3 Pro’s are of average sensitivity (99dB) with a higher 32ohm impedance. While that may sound like a negative, I’m actually quite happy they aren’t ridiculously sensitive and their higher impedance lends them well to higher output impedance portable sources, sounding quite consistent across devices. The K3 Pro can struggle slightly with low power sources, sounding a little flat from my iPod Nano 7G, but they quickly scale up with even modest smartphones like my HTC 10 and Galaxy S6 Edge. From my Chord Mojo, the K3 Pro didn’t noticeably improve beyond some additional soundstage space, separation and detail as expected. They are notably less sensitive than the Oriveti Basics, Simgot EN700’s and TFZ King, all of which are all quite sensitive, but in return, the K3 Pro is much less sensitive to hiss; they sounded almost silent from my Fiio X5 III while the TFZ King revealed a very distracting amount of hiss. I think this approach is better suited towards buyers around this price range who don’t want to spend an obscene amount of money on a dedicated source, the K3 Pro is neither source sensitive nor is it especially difficult to drive unless you’re using something like an iPod Shuffle as your daily source.

Bass has a modest boost, adding a little extra deep bass and more mid-bass fullness to the overall sound. I would characterise the entire low-end of the earphone as slightly warm though among $100 earphones, they are one of the most balanced in the low-end; the Simgot EN700 Bass, TFZ King and especially Oriveti Basic all provide increased bass emphasis for listeners looking for more low-end. Sub-bass extension is decent but not fantastic regardless of tip choice. Mid-bass has extra punch, leading into a warmer upper-bass response and lower midrange that well avoids spill and any tubbiness or bloat to bass notes. When listening to Bruno Mar’s “Locked out of Heaven”, the K3 Pro’s were lacking a bit of slam to bass drums but bass notes had nice decay and texture. Compared to the Oriveti Basics, the K3 Pros were the immediately more balanced earphone though the Basics held an advantage with sub-bass extension and slam with a similarly tight mid-bass response. The Basics are also the cleaner sounding earphone with greater separation between bass and midrange though the more linear K3 Pro has more consistent texturing and detail to bass notes. Bass resolution on the K3 Pro’s is also a little hazier than I am accustomed to, and though they are no worse than the EN700 Bass, earphones like the Basic and TFZ King do portray clearer delineation between tones and complex passages. So the bass response on the K3 Pro is well judged in tuning, has impressive texturing and imparts a great sense of rhythm into the earphone’s sound without becoming bloated or excessive. Despite this, the earphones are still a long way off from other, admittedly pricier, triple driver hybrids that splice through complex passages that the K3 Pro tends to mince.

The first thing that stood out to me on first listen was the clarity of the K3 Pro’s midrange. Both male and female vocals have great clarity, albeit at the cost of sounding somewhat unnatural. Instruments are similarly hyper clear, making for an incredibly satisfying listen that enhances a lot of source material. After some adjustment, the midrange never sounds off or unpleasing, vocals are simply slightly thinner and raspier than usual. Resolution is also good and the K3 Pro’s technical shortcomings are well masked by the boosted clarity; niggles such as vaguer layering and a loss of micro-detail are less apparent than more laid-back earphones. Otherwise, the midrange is again, well-tuned, with a slightly darker balance that places a little extra emphasis on male vocals. Mids do retain pleasing balance but can sound somewhat recessed on already vocally recessed tracks such as Billy Joel’s “Piano Man”. Similarly, female vocals can sound a little distant, for example, when listening to Egoist’s “Departures”, the forward female vocals sounded slightly strained and thin if pleasingly clear. And this character really persists with most material, detailing is really nice amongst the competition and the K3 Pro continually trades transparency for engagement. That being said, they still sound more balanced to me than the L-shaped, laid-back Oriveti Basic and the super aggressive TFZ King though buyers looking for a balanced sound will still want to look into the Vsonic GR07 and Hifiman RE-400. For everyone else, the K3 Pro will sound immensely impressive with glossy vocals, aggressive but not fatiguing detail and enough technicality to maintain glimpses of micro detail and atmospheric effects that a lot of earphones around this price skip over entirely.

Unsurprisingly, highs tell a very similar story as the more vivid the tuning, the more polarising the earphone. Treble is reasonably forward even with the more attenuating silver filters and high notes do tend to sound splashy and a bit thin on most material. But this presentation also comes with great detail retrieval and a fantastic sense of air and sparkle up top. So the K3 Pro isn’t at all a bad performer when compared to the rest of the competition; they extend really well, further than Oriveti Basics and EN700 Bass while still sounding a little more even than the TFZ King. They actually remind me of the 1More Quad Drivers in their treble presentation, albeit, they are markedly less refined. When listening to Radiohead’s “Creep”, cymbals were quite realistic, just slightly thin and tizzy but texturing was among the better $100 earphones. High-hats were especially well reproduced with nice timbre and sparkle without coming off as strident. Still, treble does get busy as aforementioned in the soundstage section. While the midrange sounds very separated, the bass and treble responses can get a little congested with some material, Creep being a perfect example. The EN700 Bass might just be my favourite performer around this price, it has really spot-on body and texture, and perhaps most importantly, it is vastly less peaky than the K3 Pro. And while the K3 Pro is very detailed and extended up-top with copious sparkle and air, they can get fatiguing after an hour or so of listening, some middle treble notes can sound overly forward when listening to genres such as rock and metal though this boost does impart the sound with very aggressive detailing and crispness. So for everything else, the K3 Pro provides such a vivid sound that it becomes hard not to enjoy their response despite their shortcomings.