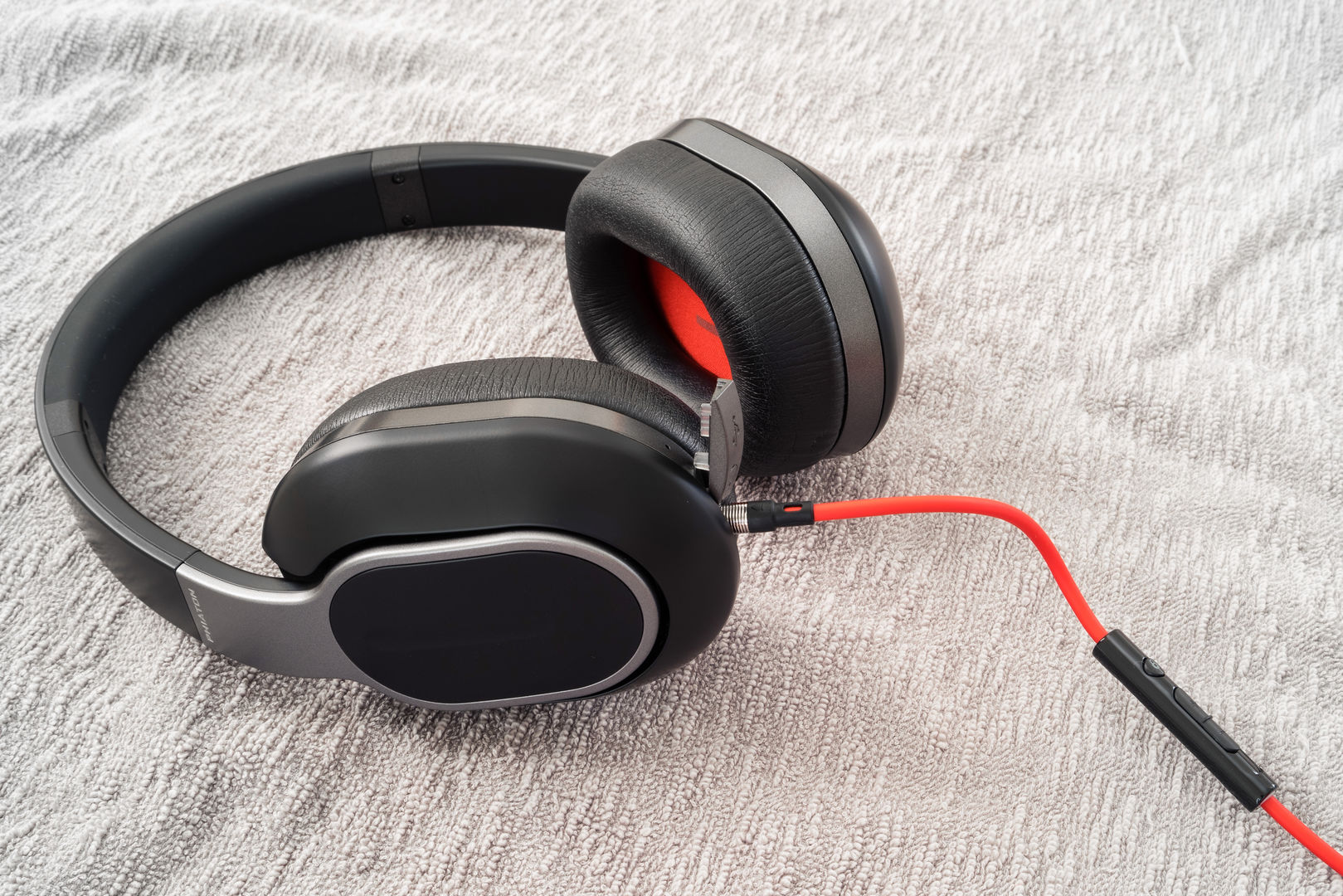 The BT460’s are a more consumer-focused headphone with an emphasis on bass, clarity and soundstage. On first listen, I was immensely relieved by their modest balance and mostly tasteful v-shaped tuning. However, like a lot of consumer headphones, their tuning can very much be enjoyed at face value but longer critical analysis reveals some faults in their sound that more refined offerings don’t produce. Still, the BT460 is a much better sounding headphone than I had expected and compares well to similarly priced models. 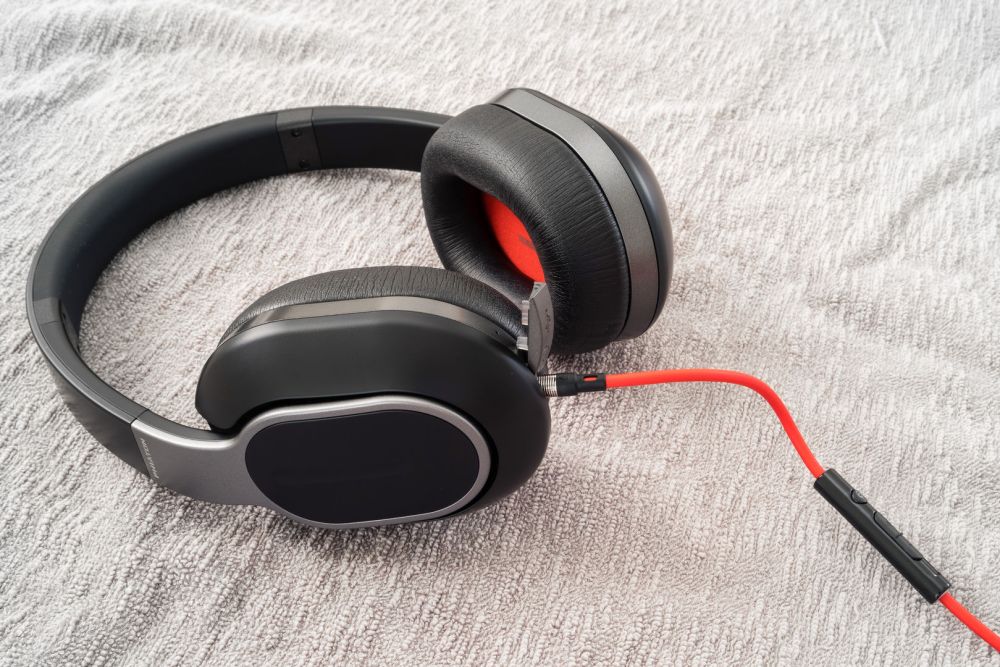 Of note, since the BT460’s are a wireless headphone, I will be judging their audio performance through an APT-X Bluetooth connection as intended by the manufacturer. That being said, I did find them to improve appreciably when wired with a smoother and more composed sound in general. As such, all comments below will be through a Bluetooth connection to my apt-x enabled HTC 10 with some additional findings through a wired connection to my Oppo HA-2 and Fiio A5.

Tonality –
The BT460 is a V-shaped headphone with particular emphasis on sub-bass and middle treble emphasis that grants them with a simultaneously lush and ethereal sound. Mids are a bit scooped and can sound thin in comparison to more natural sounding headsets, but the BT460 provides great clarity and a detail forward presentation in return. Despite their high-frequency emphasis, the BT460’s remain linear enough to avoid fatigue and sibilance is kept in check. While they are certainly not balanced or neutral by any stretch, the BT460 remains a very engaging headphone that is more even weighted than competing models found at retails stores.

The BT460’s have a bassy sound that is more tone than texture in nature while maintaining adequate speed to produce some pleasing rhythm. They are sub-bass focused with a modest mid and upper bass boost that imbues them with a warm, rich but not overbearing low-end. Sub-bass extension is impressive for an on-ear headphone though they do lack the tightness of the B&W P5 Wireless and the impact of better sealing over-ear units like the P7 and Meze 99 range. On the contrary, the BT460’s are more defined than consumer headphones such as the Beats EP and lack the muddiness of cheaper headphones with similar tuning. As such, I feel that their low-frequency tuning provides a nice middle ground that will satisfy listeners looking for a more dynamic listen without compromising too much balance. And while the BT460’s didn’t quite have the snap and rhythm of the Meze 99 Neo, bloat was kept in control and bass warmed but never overshadowed the lower midrange.

On the flipside, sub-bass is pretty sloppy and bass definition and texturing are a bit hazy in general. Slower tracks such as Charlie Puth’s “Attention” tended to drone whereas the 99 Neo, a similarly bassy headphone, provided more layering and detail to each lingering bass note. Quality did noticeably improve when switching to a wired connection where sub-bass tightened up and definition became quite commendable, though my qualms with texturing still remained. The BT460 ultimately fails to capture the quality of enthusiast headsets, missing texture and sub-bass control but, in return, they provide listeners with great bass slam without excessive bloat or muddiness.

The BT460 has a clear if not hyper-revealing midrange that is well present even within their more V-shaped tuning. This is due to their great midrange clarity that creates a more vocal forward presentation, preventing mids from becoming distant or overly recessed. While they aren’t the most realistic, natural sounding headphone, female vocals sound especially artificial, they never sound hollow or nasal. Midrange separation is also commendable with nice layering and space to each element. Such tuning flatters acoustic music all the while avoiding over-forwardness during electronic and rock. Strings are also relatively smooth with hints of grain here and there though they sit slightly too forward for my tastes. From a wired connection, the BT460’s gain a little more midrange body, making them sound more natural though I still wouldn’t classify them as a natural sounding headphone. General resolution and transparency also remain similar. 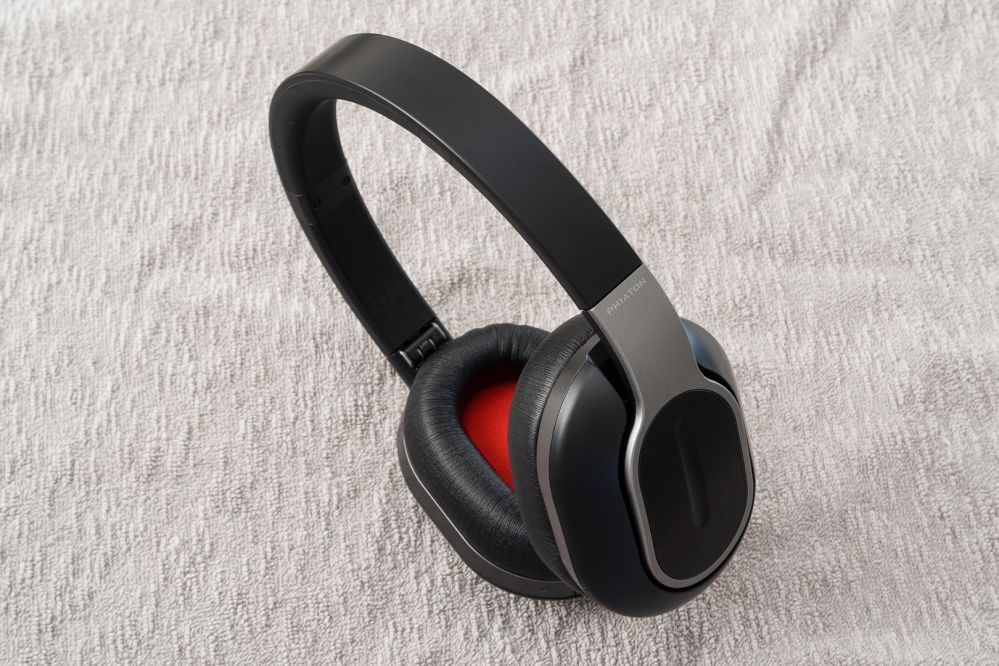 In terms of detailing, the BT460 is quite typical of a consumer headphone with quite an aggressive, detail forward presentation but their actual raw detail retrieval is just average for the asking price. For instance, when listening to Eric Clapton’s “Old Love”, guitars were very crisp but lacked bite and texture. By contrast, the B&W P5 Wireless, despite being a substantially more laid-back headphone, easily provided the more nuanced and even listening experience, guitars had that extra layer of definition even if they weren’t presented quite so clearly. In addition, the B&W’s were less fatiguing while retaining a more linear tuning to maintain imaging performance, the BT460 had a considerably vaguer presentation. The BT460 is also lacking transparency due to their sculpted response, the Bowers and Wilkins P7, though more expensive, manages similar levels of clarity but is better able to adapt to different genres of music. On the flipside, the BT460 sounds quite consistent, they have no outstanding peaks or dips within their midrange that compromises their sound though they are still missing that last element of quality that makes a good headphone into a great one.

The BT460 maintains this clear presentation into their treble response. They have a pretty typical lower and middle treble emphasis that grants them with more forward detailing and a sense of high-end clarity. While treble also isn’t the most realistic, accurate or natural I’ve heard, high-notes are quite clean and crisp. They do miss out on a bit of extension, lacking some air and texture to high-hats, but the BT460 has some nice shimmer and attack when called for. Texturing is above average, their thin presentation sapping detail from cymbals, strings and high-hats though they don’t come across as splashy or harsh. Sibilance is also kept in check, they are a little more susceptible than more balanced headphones but I didn’t find them to grate on the ears during longer listening sessions.

The BT460’s have a very spacious presentation that prevents their fuller tones from becoming congested. Listening to Vance Joy’s “Riptide” and the headphones provided nice width to the guitars and tambourines and especially impressive depth to vocals. Similarly, when listening to “Lay it On Me”, the BT460’s provided great separation during the songs’ more complex passages. When combined with their rich, extended low-end, the BT460 makes for a terrific movie headphone. They weren’t quite as wide as the Meze 99 Neo but they did easily outpace other on-ear rivals such as the Bowers and Wilkins P5 Wireless. And though imaging isn’t too accurate on account of their sculpted sound, separation is quite good, especially within the high frequencies.

The BT460 is a nice if not outstanding on-ear headphone that is still clearly superior to sets found within retail stores. They don’t compare directly with the more audiophile orientated models out there, but their vivid tuning makes them just as engaging during short listens, especially within a louder environment. Furthermore, they combine low-latency wireless capability with some of the best implemented smart gestures and haptic feedback I’ve come across to create a versatile experience; the headphones work well for films from a laptop or TV, while maintaining plenty of portability and usability for use on the go. My main complaints stem from their mediocre build quality, loose fittings and more unstable fit that do not inspire confidence during portable use for which they were intended.

Verdict – 7/10, At Phiaton’s asking price, the BT460 is a well-considered consumer headphone that also scales nicely with a good wired output. Moreover, they retain the potential to go wireless for commute where sound quality is arguably less important. Comfort is very commendable and their smart features make for a great portable experience.