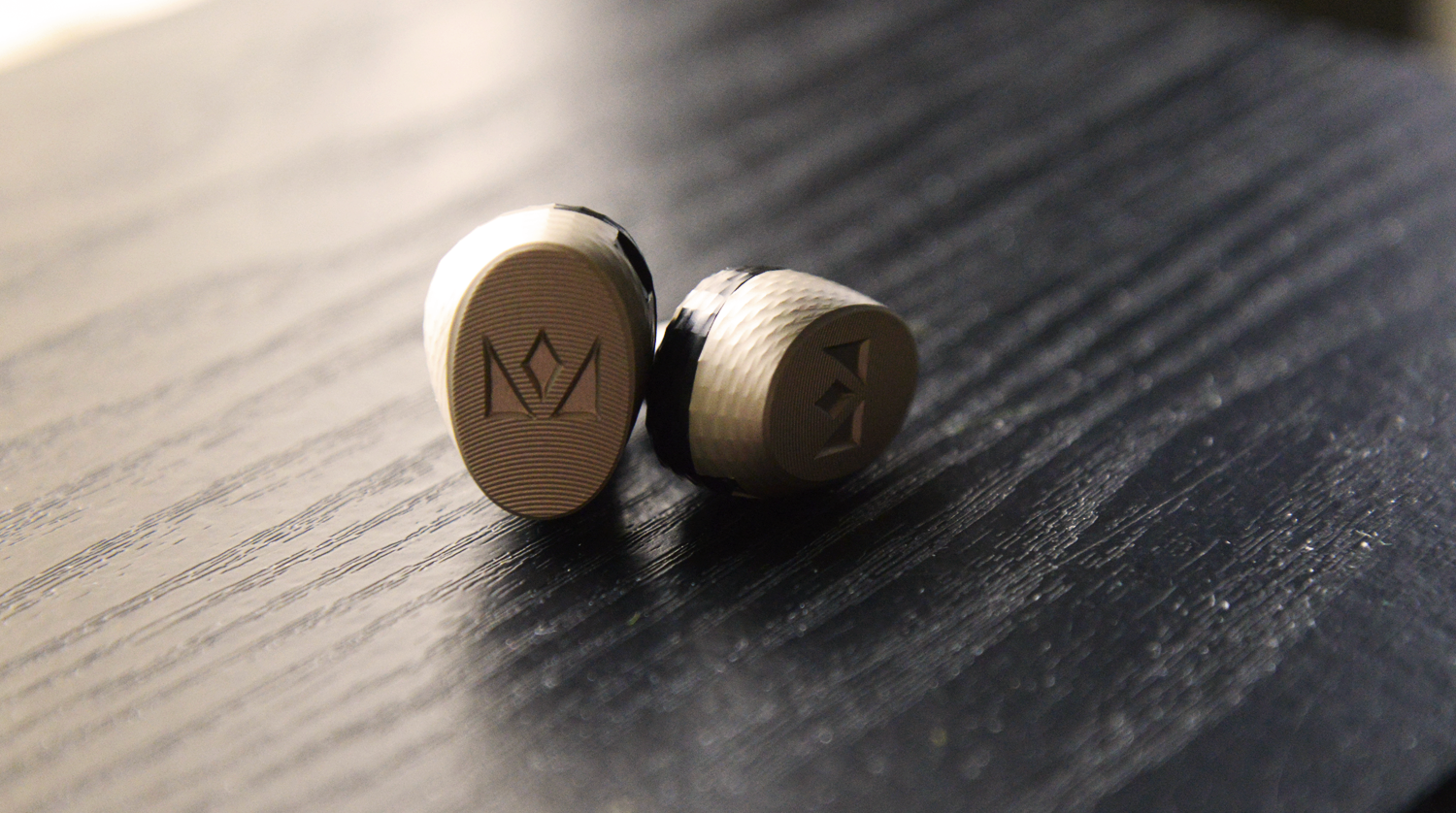 Noble’s K10 is an all-time Hall-of-Famer due to its widely appealing signature with enhanced bass, and a forward and exciting midrange. After many years of loyal service, the Katana was introduced as a reference-oriented counterpart. While retaining the trademark Noble musicality, Katana offers a versatile signature with a spacious stage. 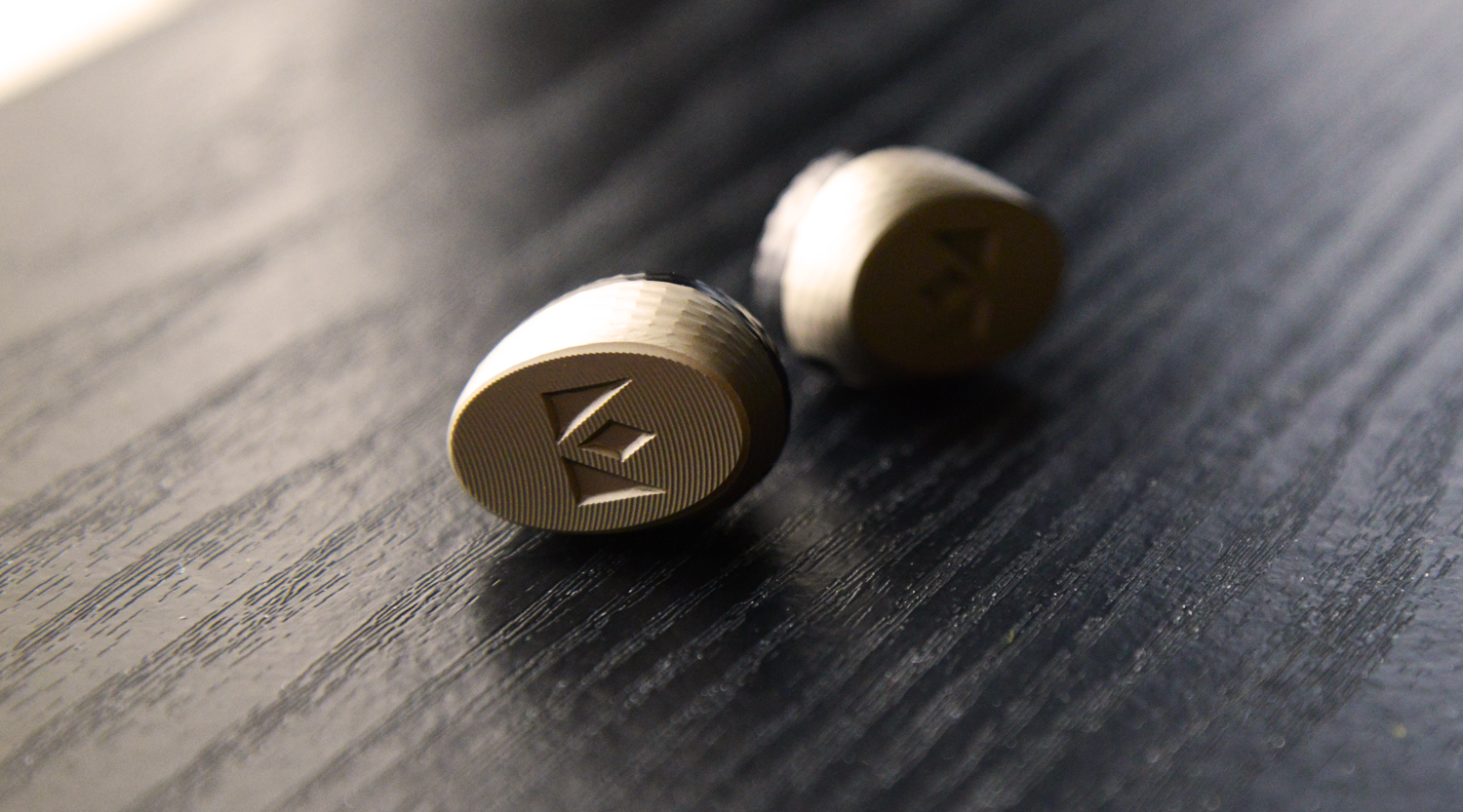 The Katana comes with Noble’s 4-wire SPC cable. Compared to the common warmer OFC 3-wire, Noble’s SPC has a slight lift in the upper midrange which boosts its clarity. For this reason, SPC’s are popular as stock cables for higher-end models, even though there tends to be a tradeoff for the naturalness of its tone. In addition, there is a slight thinning of the vocal presentation, although it is kept well within a good margin. Overall, the improved clarity aids in creating a cleaner stage relative to an OFC 3-wire. Paired with Katana, the combination works quite well when keeping the intended tuning in mind.

Presentation
Noble’s co-flagship is designed with a neutral tuning. Neutral remains a difficult construct to conceptualise; not only because listeners tend to have different opinions on what is considered neutral, but manufacturers alike. Accordingly, there are varying tuning interpretations of ‘neutral’, which again all sound quite different. There’s ‘neutral-reference’ like iems as the Samba or Dream, or ‘neutral-natural’, like the UE18+ or 5-Way. Due to its lower treble lift and punchy bass, Katana’s version of neutral focuses on clarity with a hint of ‘fun’. It’s not necessarily the most uncolored or natural sound, it is however a musical and engaging variant.

Katana’s signature is characterised by a lifted treble response. A lower treble peak boosts its clarity and articulation, while adding a bit of liveliness to the sound. It brings it closer to a reference-oriented tuning, although it’s not necessarily treble-heavy; the midrange is simply a bit brighter in tone, or at least less warm than average. But it’s full in size, with good ability to fill the headspace without tending to congestion. Instruments have a slightly forward stage positioning, while a touch of brightness in its upper midrange adds some sparkle and bite to guitars or melodies. In the background, a punchy sub-bass steadily controls the rhythm. The result is an engaging take on music, rather than a sterile performance often associated with reference sound. Technically it performs consistently well concerning separation, resolution and transparency, while simultaneously not being the best in its class.

The Katana creates a wider than average soundstage, adding an average height with a nice bit of depth. It conveys a spacious feel due to its lifted treble, which benefits the cleanliness of the stage. The wide stage is appealing, and its relatively large and airy stage results in good degree of separation; Katana has no problem with reproduction of detail, due to the clarity of the image. But despite sufficient depth, it struggles a bit with its layering ability, as well the pinpoint precision of its imaging. While the central vocal has good focus, instruments in the final layer miss a bit of precision in their positioning. As a result, Katana’s presentation is not truly holographic despite its spacious dimensions, something we’ve come across earlier with Deca. By contrast, competitors as the S-EM9 or Samba offer that final bit of precision required for a three-dimensional image.