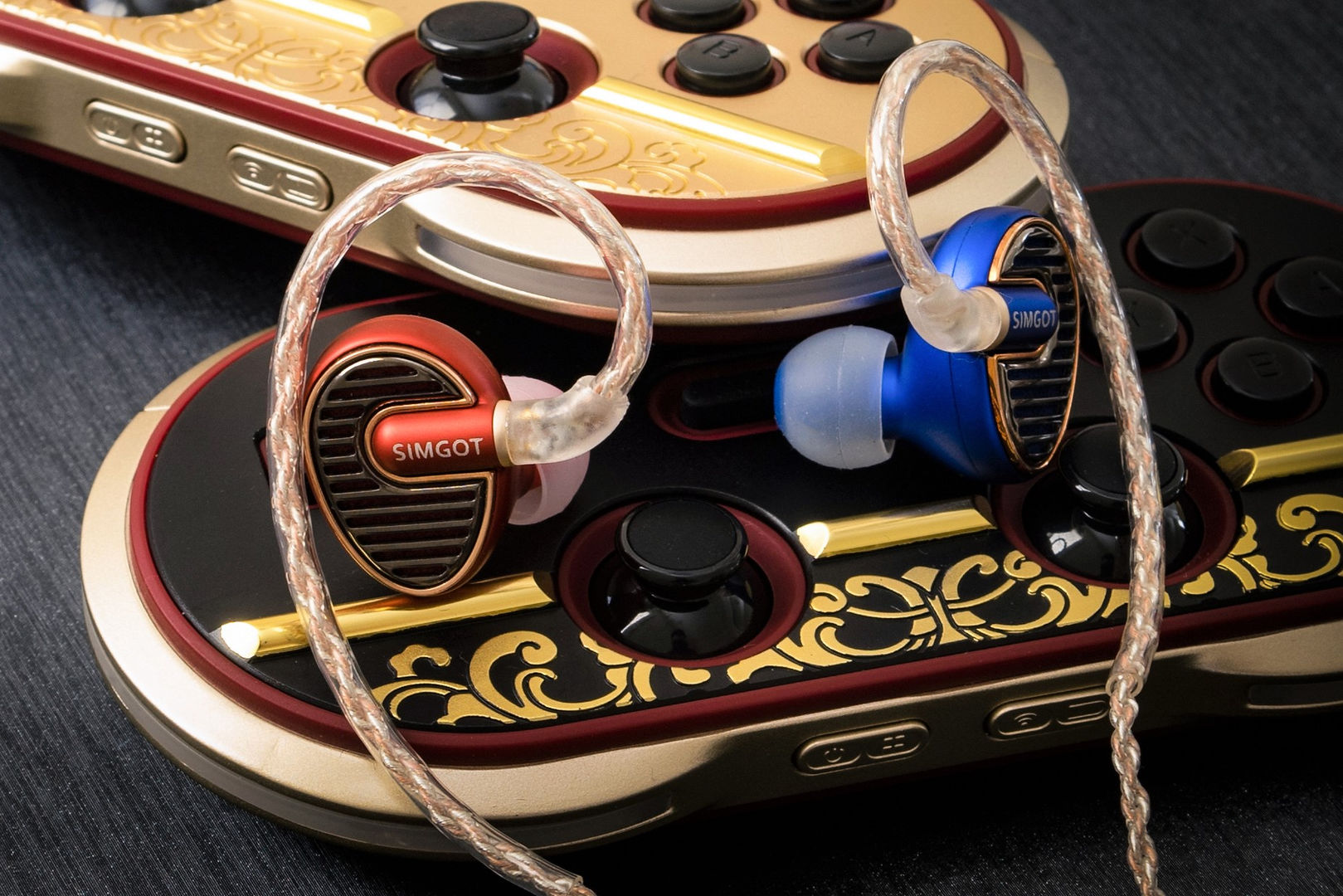 EN700 Bass ($100): The new Pro is not a huge leap up but a very tasteful refinement of the original with a similar calibre of change as the 1More, Meeaudio Pinnacle and Hifiman earphones despite the smaller price jump. The Pro is slightly more balanced throughout, bass is more linear and defined with a little less mid-bass hump. Mids are less full-bodied and more neutral but still natural and warm. Resolution of layering and background details is appreciably improved. Female vocals sound a little clearer and male vocals are less warmed than before. Treble receives the biggest changes, the Pro is brighter but noticeably more resolving. Detailing is improved by a fair margin and highs are both more crisp and clean. The Pro has a noticeably larger soundstage, especially depth though width is slightly improved too and, in culmination with their generally higher resolution, separation is also a few steps up. Imaging is also more accurate than the slower, darker EN700 Bass. When listening to both side by side, you can definitely feel the daunting presence of diminishing returns but Simgot have provided a nice extension of their natural house sound while appending the lack of technical performance that afflicted the original.

Rose Hybrid 7 MKII ($125): The Rose is more V-shaped earphone with a much larger sub-bass response and a slightly cooler mid/upper-bass response. It too is a very organic earphone, it’s a little muddy on account of its great sub-bass emphasis but also surprisingly defined due to a cleaner mid-bass response. The Pro sounds more integrated where the Rose has a dip between bass and mids to help alleviate spill. As such, the Pro also has the more linear, natural midrange. The Hybrid 7 is admirably clear, with greater clarity than the Pro, but it’s also thinner and a little less natural. That said, the Rose has an advantage on resolution throughout, it layers better and each nuance is presented with greater definition. This character extends towards its more aggressive high-end response. The Rose has great clarity and immediacy to its treble that the Pro lacks. Neither are exceptionally well extended, perhaps the Simgot extends a little further though the Rose has greater resolution beneath. In return, the Simgot retrieves more detail, and though it is smoother in its presentation, it is also more refined. That said, due to its smoother upper treble, the Rose avoids too much sibilance and fatigue despite its clear treble response. The Rose stages well but the Pro is still a step above in size. Imaging also goes to the Simgot though the Rose separates quite a bit better.

Pinnacle P1 ($200): The Pinnacle is similarly balanced to the Pro overall though its V-shaped tuning goes further in either direction. The Pro is more linear within its bass, the P1 has less sub-bass and upper-bass with a larger mid-bass focus. As such, the P1 sounds cleaner, it is also noticeably faster and more defined within the low-end at the cost of extension and linearity. Lower mids are similar, the P1 is more recessed and a little uneven with thinner body. The Pro is more balanced and on the warmer side though it is undoubtedly the more accurate, natural performer. Upper mids will be a matter of taste, both have enhanced clarity though the P1 pushes this a step further with more aggressive detailing and greater immediacy to foreground elements. The Pro is smoother but clearly isn’t as nuanced as the Pinnacle. Treble tells a similar story, the P1 is quite aggressive on account of a lower treble spike where the Pro has just a little bump to lower and upper treble. That said, the P1 is still surprisingly refined and more extended, it is a little more detailed but also has a tendency to sound thin. The Pro isn’t as technical as the P1 overall, but tonally, it is a lot more linear and natural. The P1 has a wide stage but the Pro is wider yet with a lot more depth, the P1 separates better due to its more sculpted tone while the Pro is more integrated.

1More Quad Driver ($200): Both are V-shaped earphones, the Quad Driver more so. The 1More sits in between the Simgot and Pinnacle in terms of linearity, mainly due to an uneven treble response. Bass is better extended on the 1More and its focus lies lower down creating greater slam and impact while retaining a slightly more transparent bass tone. That said, it has a rise towards the lower midrange, creating a noticeably thicker midrange than the Pro. Mids are a bit more recessed on the 1More and generally more laid-back, male vocals in particular. Upper mids are appreciably cleaner, vocals have great definition but lack the clarity of the more lurid EN700 Pro. Despite this, the 1More actually has a slight resolution advantage with greater layering and space. Treble is where these earphones depart, the 1More is again, a little more laid-back but also a little peaky. It is more detailed and more aggressive in its presentation as opposed to the EN700 Pro, the Quad Driver also has a middle treble bump that grants it with extra sparkle. Both are similarly extended, the 1More has more air though the Pro is cleaner and more refined. Staging is interesting, the 1More has a nicely rounded stage though one that is smaller in dimension than the Simgot. Perhaps the Quad Driver’s most notable trait is its very holographic imaging, it isn’t necessarily more accurate than the Simgot but it does sound very multi-dimensional with great speed.

Oriveti New Primacy ($300): The New Primacy is immediately a lot more balanced than the EN700 Pro. Bass is similarly extended with greater deep-bass presence. Mid-bass is far more restrained, creating a much cleaner, more defined response but also one that lacks the organic warmth of the Simgot. This feeds into a midrange that is smoother and more accurately bodied than the Pro. The New Primacy is more even throughout, lower mids are noticeably more forward and it can even be considered slightly mid-forward as opposed to the V-shaped Pro. However, the Oriveti balances its forwardness with a very dark background and great smoothness and extension to vocals; it sounds just as natural and almost as clear as the EN700 Pro, with an extra layer of refinement and resolution on top. The New Primacy is also appreciably more detailed with a similar mid/high transition. Highs are a bit more reserved on the Oriveti as opposed to the slightly enhanced Simgot though it is more linear and a bit more resolving, especially of higher details. The soundstage is where the Oriveti falters, it’s not an intimate earphone but the Simgot is a lot larger in every axis. Separation is similar on both, the Pro is more spacious, the Primacy is cleaner and both image very well. The Oriveti is an excellent iem even within its higher price class, it represents the next step up in balance and linearity from the Simgot, but also lacks the same level of engagement, demonstrating the importance of personal preference.

The EN700 Pro isn’t a complete overhaul, but a very commendable upgrade that well addresses the shortcomings of those before it. And when compared to other manufacturer’s with similar line-ups, such as Meeaudio with the P1/P2 and 1More with their Triple/Quad, Simgot have a more incremental price increase of just $50 as opposed to $100. This puts the Pro in a very competitive position since it is very much comparable with these higher priced models in terms of sonic performance. Because the Pro has a truly delicious tonality that ticks all the boxes; it’s just as instantly gratifying as the Bass, natural, linear and balanced without sacrificing character and engagement, but holds up far better under longer-term critical listening.

Furthermore, the addition of a removable cable better justifies the Pro as a long-term investment and the cable itself is truly excellent, finding great synergy with the Pro’s natural tones. Of course, audio is subjective and the Pro won’t suit everyone, but it’s a damn well considered V-shaped tone. Still, those looking for the most outright resolving earphone should look more towards a model from Rose or Meeaudio while those favouring a more traditional fit and laid-back midrange will enjoy the Quad Driver from 1More.

Verdict – 9/10, The Pro is among the best-built earphones on the market with a striking aesthetic design. And most importantly, the Pro is a sonic treat, its tone is mature and refined, striking a commendable balance between tonality and technicality. If you can live with mediocre isolation and slightly sloppy bass, the Pro offers truly sensational value whether you like to listen at home or on the go.