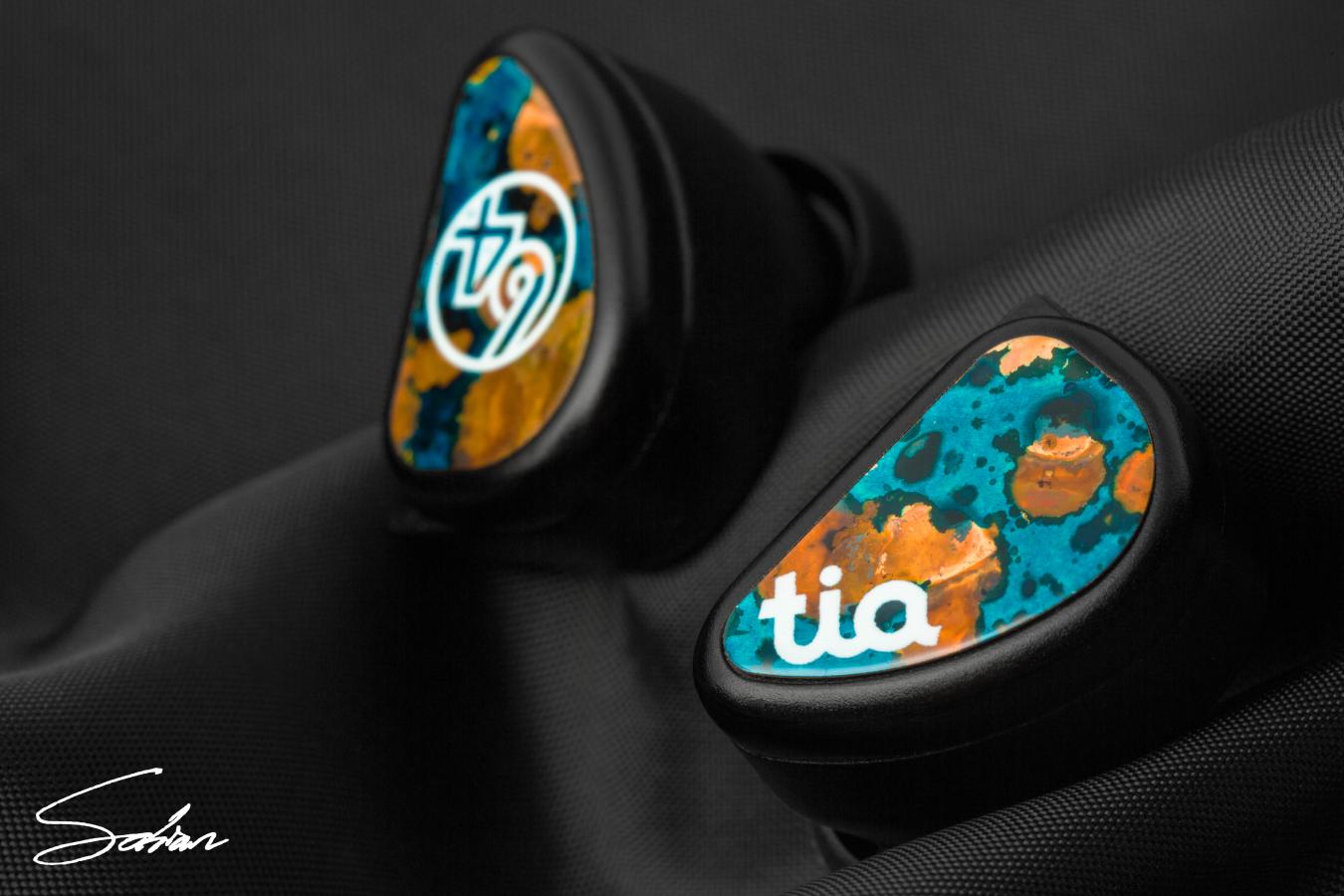 Between the original Fourté and the Noir edition, the number-one difference lies in note solidity and weight. The Noir’s instruments have more density and focus, while the original’s are lighter, wispier and less substantial. They come across more floaty; less corporeal. As a result, the Noir highlights an instrument’s meatier textures more than the original does. Despite this shift in timbre, however, the two share similarly bright top-ends. Although the Noir’s may be smoother and less aggressive, they still have the same sort of vibrance. So, if you wanted a thicker, rolled-off top-end from the Fourté, the Noir won’t really fulfil that. But, if you wanted more solid, substantive and hefty instruments, it will definitely deliver.

Spatially, the Noir is a tad deeper-sounding than the original. This perhaps comes from its smoother, more refined top-end. Transients don’t jump or bite at you as much, which makes it noticeably less digital-sounding than the original. The Noir’s retuned dynamic driver also brings more body and presence to the low-end. Although the original sports a similar rumble and verve along the sub-bass, the Noir’s mid-bass is fuller for a more even balance between the highs and lows.

This also adds a touch of warmth to the Noir’s soundscape as a very light binding agent, so instruments never sound too isolated from each other. On the other hand, the original’s images are more clinically separated and compartmentalised. On material like Dave Weckl and Chris Coleman’s drum duet on Higher Ground, the individual drums sound isolated and scattered throughout the image. With the original Fourté, you don’t get a clear idea of which drums belong on whose kit. But, with the intro of Jacob Collier’s Moon River, where voices are popping in from all around you, it’s better at convincing you that there are multiple sources of sound around your head, rather than just the two in-ear monitors in your canals.

Having heard both, if you’re already a Fourté owner and happy with it, I don’t think an upgrade to the Noir is necessary. And, even if you wanted to, you’d have to consider the loss you’d incur selling it on the used market, as well as the Noir’s $200 mark-up. So, the Noir is worth considering if you wanted the original’s speaker-like staging with a more even tone, a less weightless timbre and a more unified soundstage. But, it doesn’t necessitate an upgrade if you already have one.

The two tia siblings share clean, pristine and superbly-detailed presentations. While the Noir does have the edge when it comes to sheer resolution and solidity – its midrange in particular is more well-textured and tactile – to me, the Trió has the more pleasing, coherent tonal balance. Its top-end is smoother and more rounded, and there’s a more even balance between the low-mids and highs. Instruments resonate as much as they articulate, which results in them sounding more complete. However, this is also because the Trió’s lower-treble is less forward-sounding. So, they won’t engage as much as the Fourté’s will. Still, this laid-backed-ness shouldn’t be an issue if you prefer the tia Trió’s more linear tonal balance.

In terms of timbre, the Trio also has a slightly wetter, warmer touch. Instruments intermingle more closely, which results in a more musical, immersive soundscape. The trade-off, then, lies in separation. Even though both monitors image with precision, the Fourté is the stronger separator and organiser of the two. The Noir also exhibits a slightly greater dynamic range, resulting in a punchier signature, while the Trio is a touch more relaxed. This is also from the Noir’s more present sub-bass. But, all in all, while the Fourté does have a technical edge, the Trio is nowhere near a downgrade. Rather, it’s a more laid-back alternative ideal if you want most of the Noir’s pristine, speaker-like qualities in a more linear, musical sig.

Comparing 64 Audio and Empire Ears’ statement pieces, it’s obvious they’ve diverged in philosophy. The Wraith aims to achieve its clarity by highlighting the textures of the midrange with bolder, denser, more forward-sounding instruments. On the other hand, the Noir maximises the space around those instruments for an airy, open, operatic presentation. As such, the main differences between the two begin in the midrange. The Wraith is musclier-sounding with larger, gruffer, more harmonic instruments. By comparison, the Noir’s instruments sound much lighter and on-their-feet with a cleaner, crisper timbre. So, as far as the mids go, it comes down to whether you prefer fullness and texture or clarity and space.

Those discrepancies then tie heavily into how both in-ears structure their stages. The Wraith has more width than depth, as its forwardly-placed instruments create a vivid sense of intimacy. The Noir’s dimensions are more even proportionally by a clear margin, again reinforcing its cavernous, theatre-like presentation. As a result, you get a lot more emotion and engagement from the Wraith when listening to intimate tracks like Dave Weckl and Jay Oliver’s Incantation, while concert performances like Yanni’s The Rain Must Fall sound mystifyingly holographic on the Noir. The Wraith’s unexcited top-end also renders acoustic instruments with a gentler hand, while the Noir’s v-shape and dynamic lows give it greater contrast with more dynamic genres. All in all, I think both in-ears are truly masterful performers, separated merely by preference.

Moving onto Vision Ears’ custom statement piece, the Elysium and Noir are alike in that they’re both airy, energetic and vibrant with an emphasis on the top-end. Both have incredibly open stages and pin-point-precise imaging, though they do have several tonal differences as well. The Noir has a more substantial, physical-sounding low-end, especially toward the sub-bass region. The dynamic driver gives it an edge in texture and weight over the Elysium, whose bass response is much lighter and airier. Listening to the intro of David Benoit’s Searching for June, both monitors portray the cymbals and snare drum somewhat similarly. But, when the kick and bass enter on the B section, the Noir’s lows clearly kick into gear.

Another key difference lies in the smoothness of the top-end. While the Elysium is just as bright in tone, it does not have the hard-edged-ness of the Noir’s mid-treble. As a result, the Elysium is gentler and more natural-sounding overall, while the Noir is noticeably crisper in timbre. Despite their similarities in tone, the Noir then is a tad more fatiguing to listen to than the Elysium in longer sessions. Further adding to this is the Elysium’s wetter, fuller-bodied midrange. Its high notes are softly cushioned by the fundamental frequencies of the lower-midrange, which creates a far more linear, complete vocal presentation. The Noir’s leaner, transient-heavy mids may have a cleaner edge, but it does lack that chesty touch.

Jomo Audio’s tri-brid flagship is noticeably more w-shaped than the Fourté Noir with a fuller, more present mid-bass and a richer, more forwardly-positioned midrange. Instruments sound livelier and more saturated, so electric guitars like the ones on Lari Basilio’s Glimpse of Light have more oomph to them; more in-your-face. But, the trade-off then is in imaging. The Trinity’s soundscape – while just as textured and nuanced as the Noir’s – is a lot more carefree and loose. The Noir’s stage is noticeably more put-together and disciplined. Instruments sit around you and largely stay where they are, while the Trinity almost drops you in the middle of the band. So, again, it ultimately depends on your preferred presentation.

In terms of vocal timbre, the Trinity has the weightier, more linear presentation. Its midrange as a whole is more present and intimate, while the Fourté again settles with sounding a tad leaner in order to maintain its depth. However, when it comes to raw transparency, the Noir has the edge, due to its cleaner, more effortless delivery, as well as its airier, more defined backdrop. The Trinity’s more dynamic signature means it doesn’t have quite as much composure as the Fourté does. And, the former’s gutsier mid-bass also gives its soundscape a pleasing, musical tinge of warmth, while the latter’s quicker transients swear by tightness and clarity. Again, both are flagships in their own rights made for different crowds.

With the tia project, 64 Audio charted a course to no man’s land; an ambitious, unprecedented venture in search of gold. While I can’t imagine how long and arduous a journey it must’ve been, I can confidently say their efforts were not in vain.

The pinnacle tia Fourté Noir is a paragon of technique; one of the most richly nuanced, precise and extraordinarily clean monitors I’ve heard yet. Its blend of clarity, tactility and space is unparalleled; bridging the gap between head-fi and hi-fi just that little bit more. With that said, though, it also isn’t without its quirks. Its tonal colourations – while benign – won’t be for all. And, a weak link anywhere from track to tip won’t just slip idly by. But, ultimately, if your endgame in portable audio involves pristine clarity, best-in-class imaging and total effortlessness doing both, you’ll be hard-pressed to find a more ideal flagship. In every conceivable way, the tia Fourté Noir is 64 Audio’s statement piece, and what a battlecry it is.