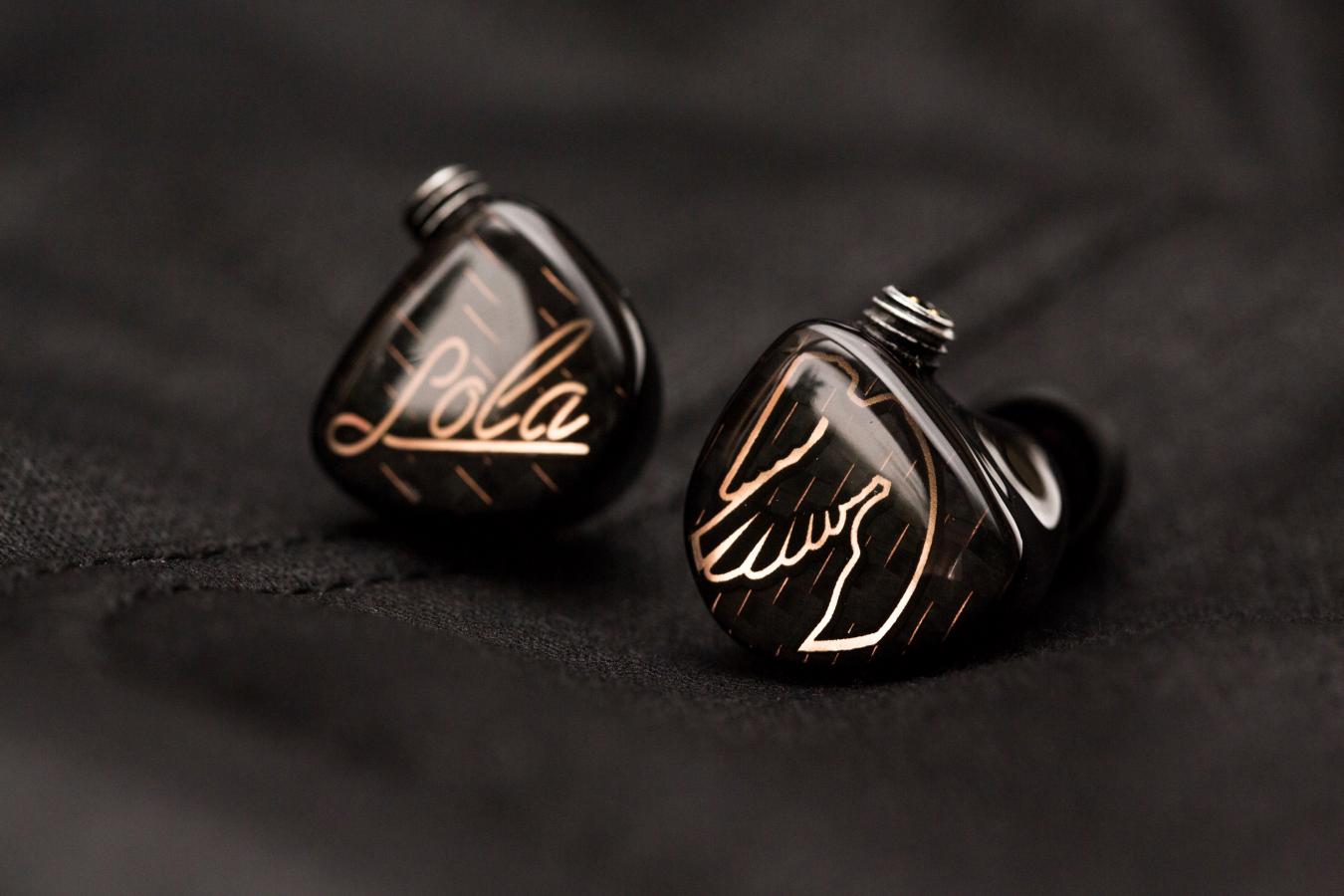 These sound impressions were made with Final Audio’s E-type silicone eartips, which I’ve consistently found to provide the most custom-like sound from universal demos.

JH Audio’s Lola is a vibrant, organic-sounding IEM with a sweet, sumptuous tone. It’s a predominantly warm-neutral-sounding monitor, but without the trappings typically associated with one. For example, the Lola won’t lull you to sleep. It enjoys healthy amounts of sparkle and articulation, which – when paired with the in-ear’s silky, well-rounded notes – result in the analog sound Jerry Harvey was gunning for. It’s not a monitor to smooth over nuance either. In fact, the Lola possesses wonderful layering and resolution. Instruments are melodic and full-bodied, but never congealed. So, these richly-textured images – and a stable black background – set the stage for a realistic, tactile and arresting signature.

The beauty of the Lola’s tone is in the wetness it possesses. Unlike JH Audio’s mastering-oriented Layla – which sports tighter, more stringent imaging – the Lola’s instruments aren’t as compact. For example, the snare drums and electric guitar on Mark Lettieri’s Summer Salt have this warm, resonant glow to them, allowing those instruments to intermingle with one another. It’s reminiscent of a cross-feed effect. But, at the same time, definition isn’t compromised either. Each instrument retains its edge and transients pop effortlessly, but there’s a very light breeze that binds everything together in a musical, collaborative way. The Lola is first-and-foremost a big picture IEM that pulls you in and engages you in the music as a whole. But, at the same time, it possesses the technique to resolve each element as its own sonic nugget.

In terms of raw stage size, the Lola achieves an appreciable performance hall. It fills headspace with ease, but doesn’t exaggerate its dimensions either. Ultimately, I believe this benefits its signature. Again, its prime goal is to immerse you in the music, and that’s most effective in a more intimate setting. Plus, the Lola excels in what I consider to be the more crucial criteria: Headroom. In all her exuberance, Lola never sounds strained, saturated or forced; a truly wonderful feat.

The Lola’s low-end is one of the airiest and most resolving I’ve heard in recent memory. Although that may imply a lean, sterile response, the Lola is anything but. Bass notes are well-rounded, meaty and dense, but infused with an immense amount of headroom. Clean air surrounds each thump of the kick drum, allowing the clarity and texture of those hits to come through. Between Dennis Chambers’ kick on Elroy and Matt Garstka’s kick on Tooth and Claw, the listener is given the tools to confidently discern between them. The bass is also impressively impactful without having to be prominent, by virtue of strong extension. So, it never gets in the way, and leaves the rest of the ensemble wonderfully transparent.

The tone of the bass is beautifully life-like as well. Because of how linear the region is from 20-300Hz, the low-end moves like a singular, coherent piston. Again, kick drums are a pure joy, and turning the dial up provides the presence required for EDM as well. Though, those who enjoy colour to their low-ends may not prefer the Lola’s more transparent response. There isn’t necessarily a mid-bass hump to inflate impact, neither is there a sub-bass lift to accentuate bass lines. The Lola’s presentation is more what-you-see-is-what-you-get, which makes track-surfing all the more interesting as you find new nuances in your favourite bass parts. The Lola’s lows are technically-stellar; teeming in headroom and effortlessly clear. Paired with a transparent tonality and the ability to adjust it at will, it’s a bass response as clear as it is versatile.

The Lola’s D.O.M.E-powered midrange is spacious, airy and clean. Honestly, I half-expected a richer, saturated response with all the talk about the diaphragm’s analog sound. After all, it’s easy to equate vintage sonics with low-heavy, buttery, harmonic notes. But, I came to discover that the Lola’s analog feel came from resonance and tone, rather than structure. There’s a sweet ring to the midrange that – again – emulates a musical, cross-feed-like effect. The snare drum and piano on David Benoit’s Drive Time capture this brilliantly. Thy have a vibrant glow to them without sounding awkward, honky or brassy. They pop at you with power as real instruments would, but with enough space in-between to not sound cloy.

Versus the bottom-heavy sign I initially predicted, this lighter, airier response greatly benefits technical performance. Cleaner notes encourage definition, separation and contrast. But again, that sweet, warm glow prevents instruments from ever sounding too analytical. The Lola possesses an upper-mid bias, so instruments adopt a more peppy, lively profile. Those who prefer their instruments deeper, chestier and more muscular may prefer the Roxanne or the Layla more. But, there’s no denying the novelty of JH Audio’s D.O.M.E technology. It’s like the difference between mic’ing up and recording a real cabinet, versus running a D.I.’ed guitar signal through an amp simulator plug-in. There’s a genuine, palpable depth that gives the D.O.M.E system a more natural, dynamic sense of projection, and an analog sound indeed.

The Lola’s top-end is articulate and clean, cutting through the mix with ease. The region as a whole sits in line with the midrange, which lends the top-end a neutral tone, and allows the midrange to maintain its warmish glow. Transients have an edge to them by way of peaks along 6 kHz, 8 kHz and 12 kHz. This gives cymbals and hi-hats a sufficiently crisp texture without becoming harshly metallic. But, with more compressed, modern recordings, the Lola won’t make an effort to hide any flaws. If a track inherently possesses any glare or grain, the Lola won’t smooth them over completely. Thankfully, treble notes are compact, and their edges are ever-so-slightly feathered. So, those prickly bits won’t last.

With more dynamic recordings, however, the Lola’s top-end absolutely shines. Again, it infuses just the right amount of attack to complement the body and wetness below. On Nathan East’s Love’s Holiday or Daft Punk’s Fragments of Time, the cymbals and hi-hats sound solid and tactile. The snare drums too sport a natural balance of crackle and body. Often, we hear the latter artificially emphasised for that short-term wow factor. Although the Lola can be slightly guilty of that with its 6kHz peak (just a tad bright), it largely commits to realism with impressive success. Excellent top-end extension is also key for the Lola’s spatial performance. Stereo separation and holography impress. Treble notes travel freely along the z-axis, which helps reinforce the Lola’s depth. And, a stable image with headroom and definition tops it all off elegantly.

The myriad of technologies JH Audio have infused into the Lola is key to both its performance and tonal balance. If the three qualities below are aspects you desire to have in your next in-ear monitor, the Lola is definitely worth considering: 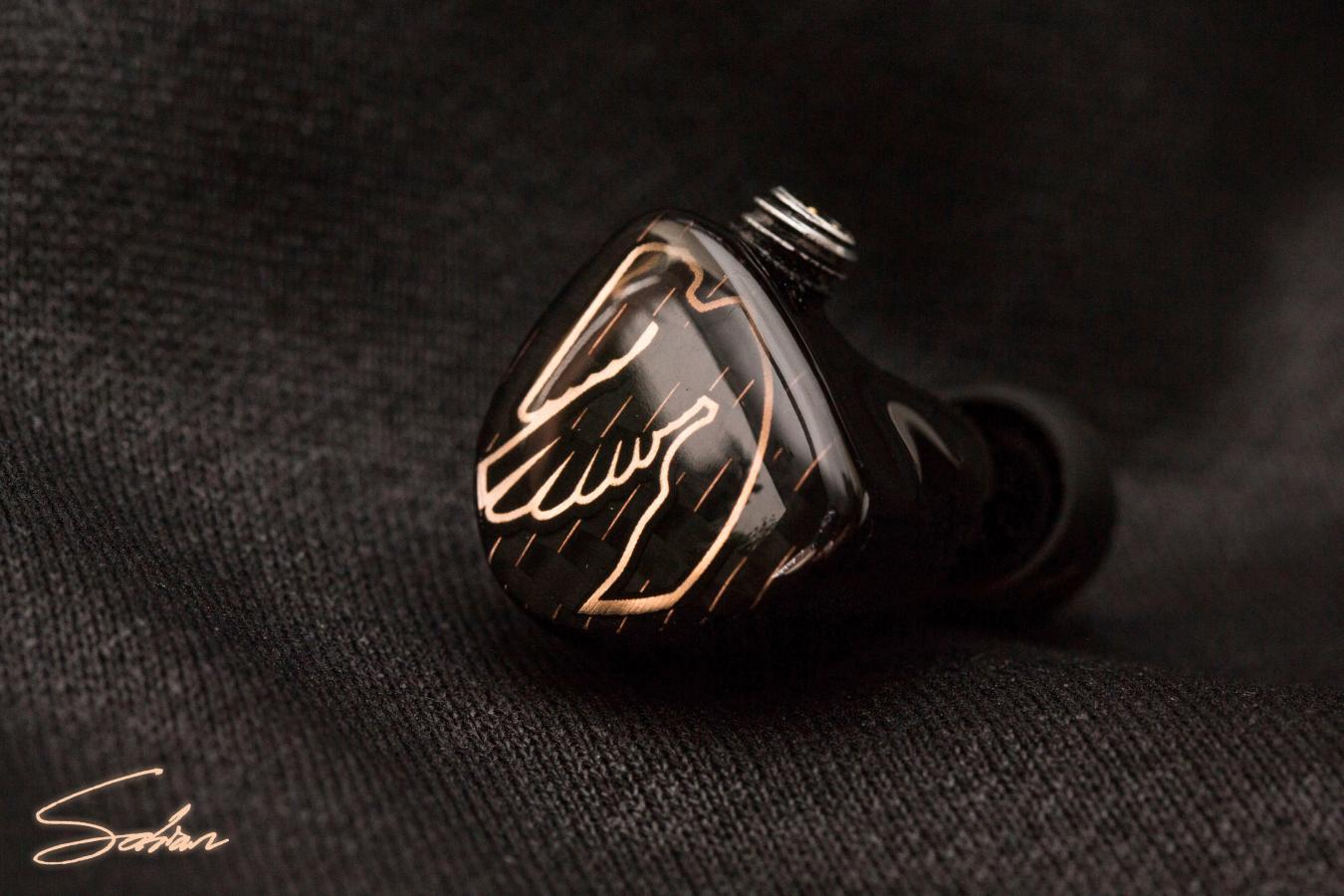 A clean, airy tonality with warmth and sweetness: A vintage, soulful and euphonic – i.e. analog – signature typically requires a certain degree of fullness and warmth to become realised. But, with D.O.M.E, JH Audio have managed to achieve those sensibilities whilst maintaining airiness, clarity and definition. The Lola is lively and articulate with a rare dose of soul.

Resolution with resonance: Tying into the previous point, the Lola doesn’t sacrifice technical performance either with its sweet, cross-feed-like radiance. Images remain fully-formed and well-segregated from one another. Layering and depth are very much apparent as well. All of it is just bound together by a cohesive, musical resonance in the mids especially.

Outstanding bass resolution and tone: The Lola’s low-end possesses remarkable clarity and accuracy. It balances body and speed excellently. So, you can enjoy both the Lola’s dense, well-rounded punches and the nuance it’s able to deliver at the very same time. Finally, because of JH Audio’s 4-pin standard, the low-end can be configured to taste at all times. 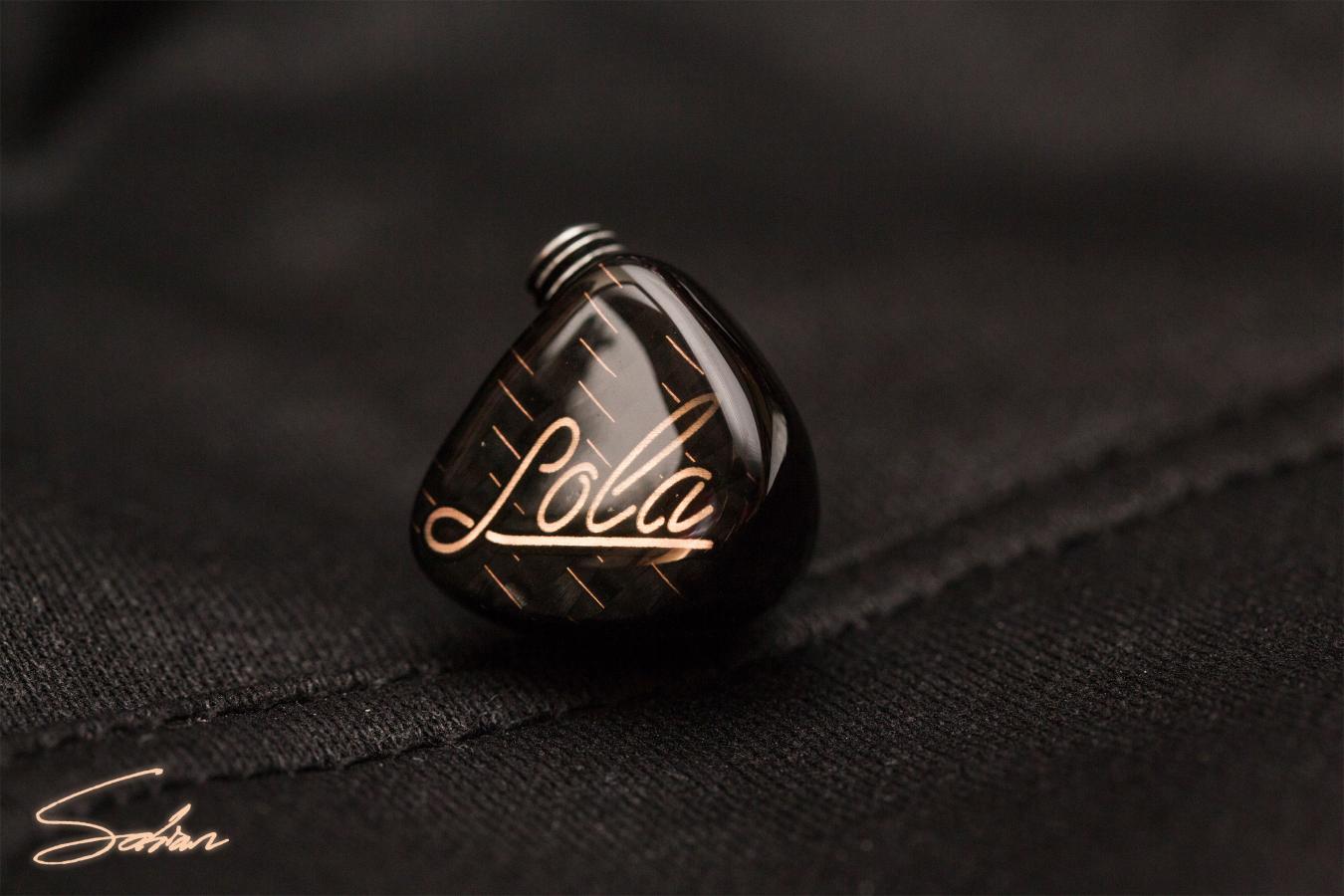 However, the Lola’s inherent tonality will not appeal to everyone, as is the case for every other product in the history of the world. Nevertheless, the Lola should not be on your list if the following three attributes are must-have’s for you:

Chesty, full and muscly instruments: The Lola’s upper-mid tilt gives its midrange a lighter, airier, more breathy timbre. That shouldn’t be mistaken for insubstantiality or thinness. But, it can lack a bit of muscle if you’re coming from the Layla or Roxanne. If you prefer that gruffer tonality for male vocals for example, I’d suggest JH Audio’s 12-driver in-ear monitors.

A strongly-coloured low-end: The Lola’s low-end is linear in tone and true-to-life. Although that’ll obviously appeal to many, it may not please those who prefer a sub-bass tilt, or a mid-bass hump, etc. Although you’re able to set the region as a whole where you like it, you ultimately can’t change the tonality. If a visceral bass is preferred, the Layla is more ideal.

A universally-forgiving top-end: The Lola’s top-end is articulate, precise and quite accurate in timbre. But, if your recording has any glare or harshness to it, it won’t necessarily make the effort to smooth them over. It does have a swift, feathered edge, so it’ll never be outright sibilant. But, with more compressed recordings, you’ll definitely notice a quicker onset of fatigue that wouldn’t be there with well-produced material. If you have a wildly varied playlist, this is worth considering.