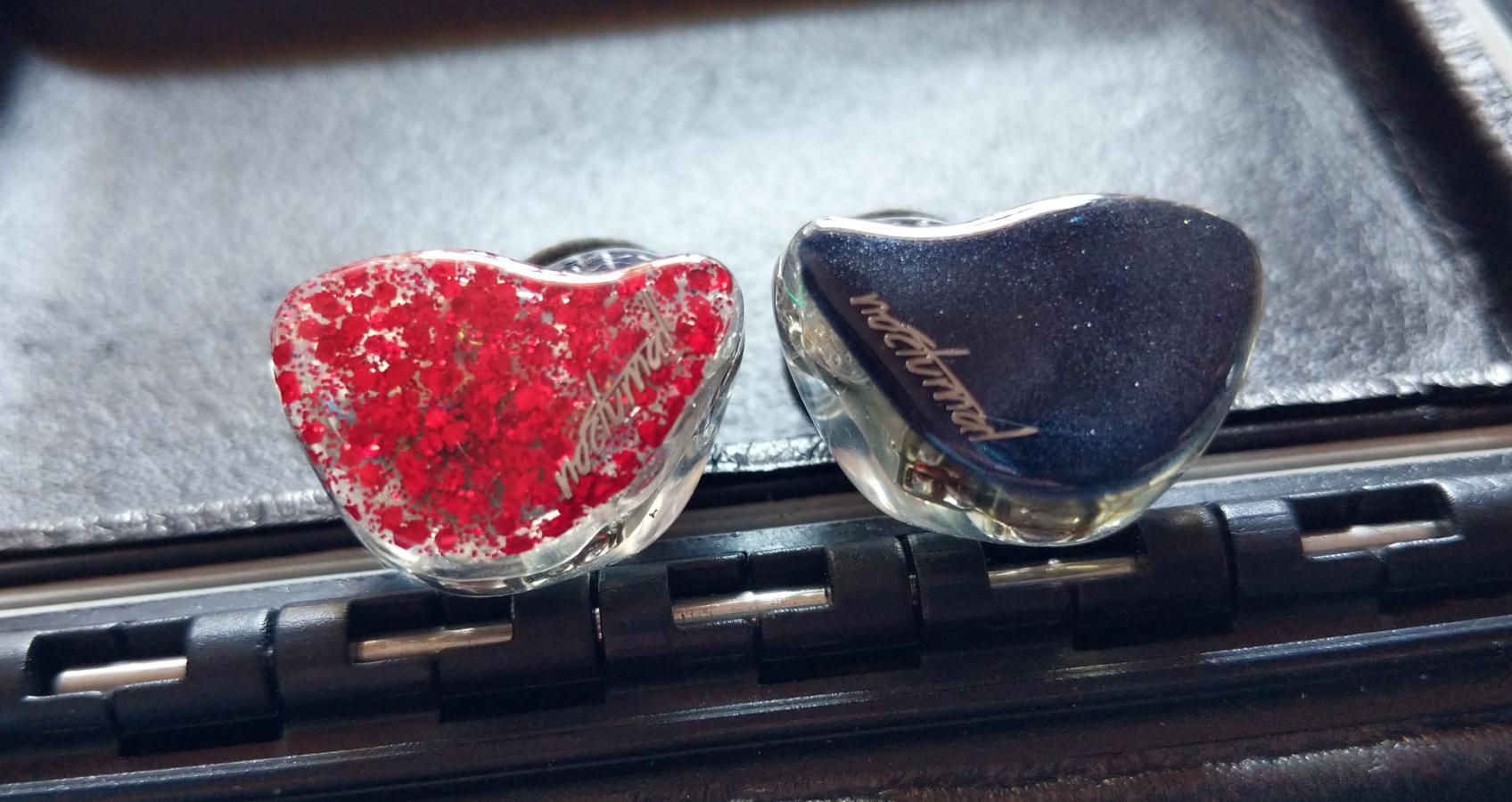 Nocturnal Eden earphone review – A Perfect balance of Everything

HOW DOES IT COMPETE WITH OTHERS IN ITS PRICE RANGE:-

The UM mirage houses 3BA drivers with one open BA for mid range. Build quality of the Mirage is very good. One gets options with cables and can choose from 2.5mm or 3.5mm termination.

It has bigger bass, has slightly better sub-bass reach and extension. Both sub-bass and mid bass have considerably bigger body, move more air and has more rumble too. Decay is slightly slower. Mid range of the Mirage has bigger stage with a slightly more forwardness compared to the fully balanced Eden. Both male and female vocals are similar with level of details but the Eden delivers sharper notes. Instruments lack a bit of transparency with the Mirage. Eden sounds more vivid and revealing and sounds more detailed too.

Layering and separation of both the earphones is very good. Overall stage size of the Mirage is slightly bigger.

The Shozy Pola with its electrostatic and dynamic driver hybrid setup delivers a fairly energetic sound signature. It has far better accessories set and has similarly good cable out of the box.

The Pola has bigger bass body, sub-bass doesn’t have the reach of the Eden. Mid ass is considerably bigger and gives it its fullness. It moves more air and the slam is bigger. Rumble is slightly better too. It has slightly slower decay and has better texture to the notes. Mid range of the Pola is slightly less forward compared to the Eden. It feels a bit veiled, Eden sounds more transparency and more accurate with notes presentation. Treble of the Pola can get a bit shaky but it has similar treble extension. The treble has slightly better texture but they are on the sharper side at times.

Layering and separation is better with the Eden. Stage size of the Pola is bigger than most but the Eden stage is slightly bigger.

The more refined Pola, the Pola39 is a much more improved version with better control across the spectrum. It has a 10mm dynamic driver and two Electrostatic drivers. It comes with the exactly same cable, with a huge box, more tips and a wooden carry case.

The Pola39 has bigger bass size. Sub-bass has slightly better reach and rumble. The mid bass is nicely rounded giving it a full bodied impact with a nice slam. It moves better amount of air. Mid range of the Pola is slightly less forward. Vocals have better texture. Instruments have slightly less penetration and tend to sound calmer. Treble has similar extension but are not as energetic as the Eden.

Stage size is slightly smaller. Layering and separation is good but Eden has better air between instruments.

Thanks to the lower power and smaller stage size of the Plenue R, the Eden sounds a bit closed in with sharper and slightly drier notes. What gets better is the amount of air between instruments. Things get sharper and more transparent. Bass has good amount of extension, mid bass is slightly more forward than the sub-bass. Mid range sounds sharper and slightly thinner. Treble stage is smaller but the extension is very good. There are plenty of details.

What is impressive is the amount of customization one can do with the Plenue R and if you play around with it you can bring in juicier and fuller notes with bigger stage size.

The Plenue has no problem while driving the Eden but Matchability with is just okay.

Being true to its signature, everything out of the M5s is juicier, more open and fuller. It brings better musicality to the table. The bass is slightly bigger and mids feels more lush and slightly smoother. Instruments are slightly smoother and have very good weight to them. Treble has very good stage size and the stage is considerably bigger.

M5s is plenty powerful for the Eden and matchability with M5s is very good. It adds a bit of smoothness and delivers an overall bigger stage size.

The SE output of the ZX300 is weak and it struggles to drive demanding earphones. The Eden is not exactly demanding but it tends to sound slightly jittery with the ZX300. Bass has good body, sub-bass has nice reach and mid bass is slightly bigger. Mid range sounds gloomy and notes feel less consistent with depth. Notes are sharper and a bit grainy too. Upper mid range feels slightly clumsy and more prone to sharper notes. Treble is similar to the Plenue R but has the gloominess to it.

ZX300 balanced out is better but it still has a bit of gloominess. Stage gets bigger with better notes body.

ZX300 is not bad, but it doesn’t really bring the best out of the Eden.

In my UM Mirage review I mentioned that the Eden is the most consistent earphone in its price range when it comes to spectrum wide evenness with notes thickness. The Eden is more transparent and has slightly better details retrieval.

The level of accuracy, resolution, amount of resolving details, evenness with notes thickness and a balance between all of these attributes is not found in this price range. Especially the way the Eden maintains very accurate notes thickness and noted depth is exceptional or say penetration across the spectrum is admirable.

I have been listening to a few earphones in the $1000 price range and I have to admit that the Eden delivers the best balance of everything. Nothing is lacking with it. Notes don’t break their character, they don’t get sharp or overly thick at anywhere across the spectrum. Bass is good, mid range is fantastic, treble is up to the class and stage is aptly larger and over anything, the build quality is outstanding.

I don’t see any earphone doing what the Eden can do with the notes. It is just fantastic. It is a cut above the rest. The maturity in its tuning is very rare to find even in this price range.

If you love details and don’t like any unevenness with notes just go for the Eden, you just can’t go wrong with it.