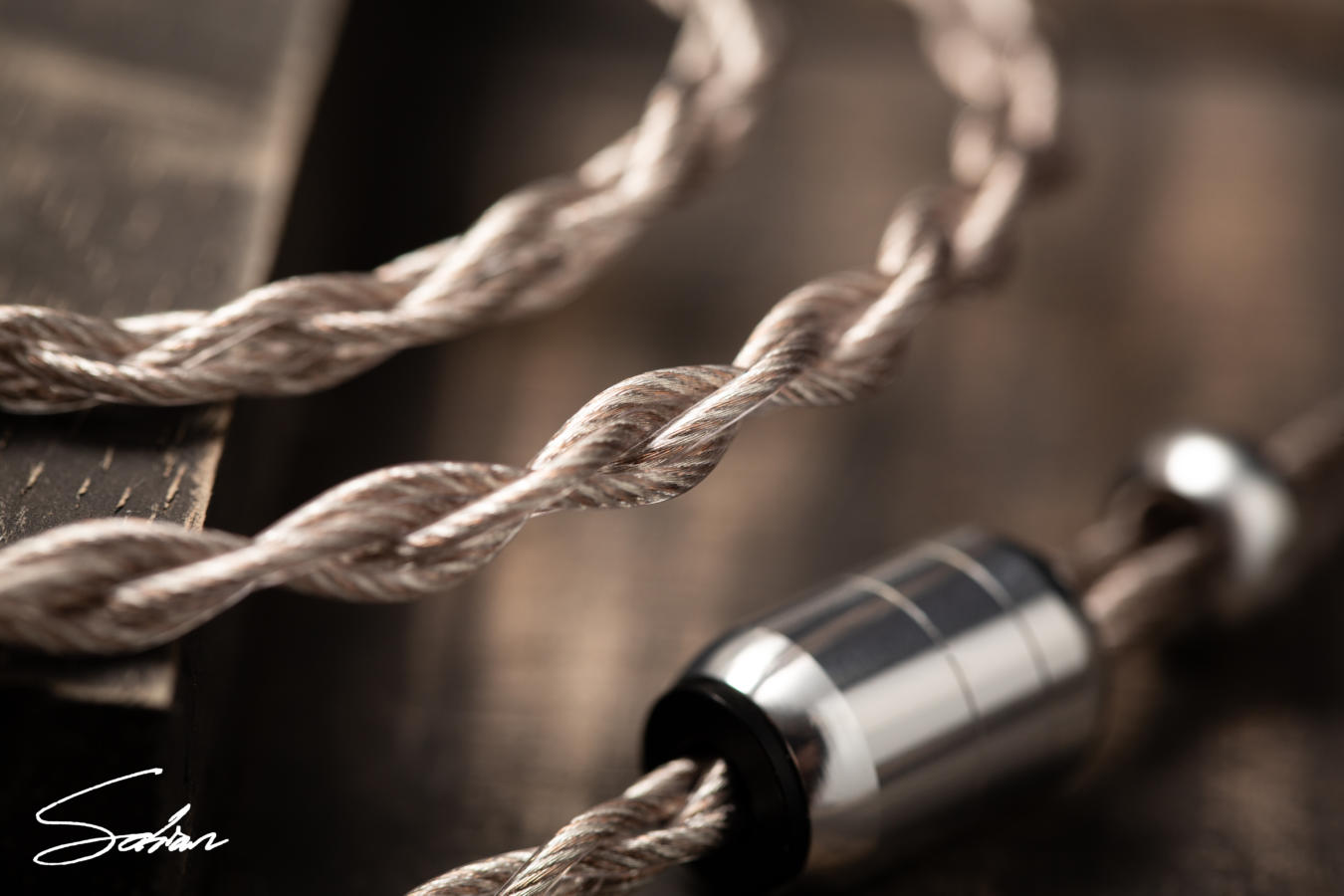 Compared to the tidier-sounding Leonidas II, PLUSSOUND’s PPH is a more musical-sounding cable with a hair more glow to its midrange. Instruments are richer and more vibrant than reserved, which lends the PPH a more analog, soulful feel. The guitar, keys and horns on Mark Lettieri’s Star Catchers don’t cut off as quickly – tightly – as they do on the Leonidas II, for example. But, while that may imply a less clinical, less organised tone, the PPH very-capably keeps up in layering and resolution. This comes down to its bigger, more holographic stage. Instruments are further apart, so they will have more room to ebb and bloom. Then, the PPH’s stronger textures allow the listener to discern different sounds more easily too.

Tonally, I hear a slightly brighter, airier attack from the PPH. It comes from the cable’s lightly-elevated mid-treble; around 8kHz. Hi-hats and cymbals have a touch more presence in the mix, but they’re no sharper or edgier than they are on this Leonidas II. The latter comes off more subdued, and it’s subtler when delivering detail as well. This PPH’s slightly-brighter edges hand background details a tad more light. So, you’ll more-easily catch nuances like the strings sitting in the back of Daughtry’s Heavy is the Crown, for example. That aside, however, they are rather similar, neutral-natural-sounding cables that balance clean and musical very, very well; just differing on which side of this spectrum they tilt more closely towards.

This PPH delivers a similar transient response – a similar snappiness – as PW Audio’s 1960s. But, again, it’s got a brighter, more open sizzle to its instruments because of its mid-treble lift. I must repeat that it doesn’t add any extra sharpness or sparkle per se; just a tad more presence and air to hi-hats and cymbals. It also has less mid-bass warmth than the 1960s, resulting in cleaner separations between the in-ear’s lows and low-mids. Listening to the guitar solo on Oytun Ersan’s Oh, That Butterfly!, for example, there’s a crisp layer of air separating the bass and the electric guitar. Whereas, they’re slightly more-intermingled on the 1960s. But, in terms of weight or impact, the PPH definitely keeps up with the PW Audio cable.

Spatially, this PPH and the 2-wire 1960s perform fairly similarly. Though, I’m hearing a tad more height on the former, as instruments span a bit bigger to create a more engrossing image. The PPH has a bit more room within its space too, due to those airier lows. Again, like the comparison against the Leonidas II, I find that this lets those background details shine through a bit more, as they aren’t covered by as much warmth. But, in sheer resolution, it’s more of a wash between the two. To me, it comes down to whether you prefer a more relaxed, more airy and more vibrant sound or one that’s fuller, chestier and more concentrated; a more open stage that highlights microdetails or a heavier one that bolsters the leads.

PLUSSOUND’s Exo Palladium-Plated Hybrid – true to its name – uniquely melds wide, airy, holographic imaging with heft, vibrance and allure. Instruments breathe and bloom, but are not anchored by warmth or muck of any kind. They remain light, tidy and clear, surrounded by streams of clean air. And, they’re positioned tidily for a sig that compromises neither musicality nor technique. It may not have that deep contrast v- or w-shaped enthusiasts need. It isn’t as surgical as drier, tighter-sounding cables can be either. But, those after a cable that – like a fill light – simply aerates and flows (with micro-detail retrieval and imaging precision to boot) will be hard-pressed to find another like it; whether in this price tier or up. This Palladium-Plated Hybrid is spring water to any in-ear it’s attached to, and it’s a cable I’d gladly pair with any of mine.