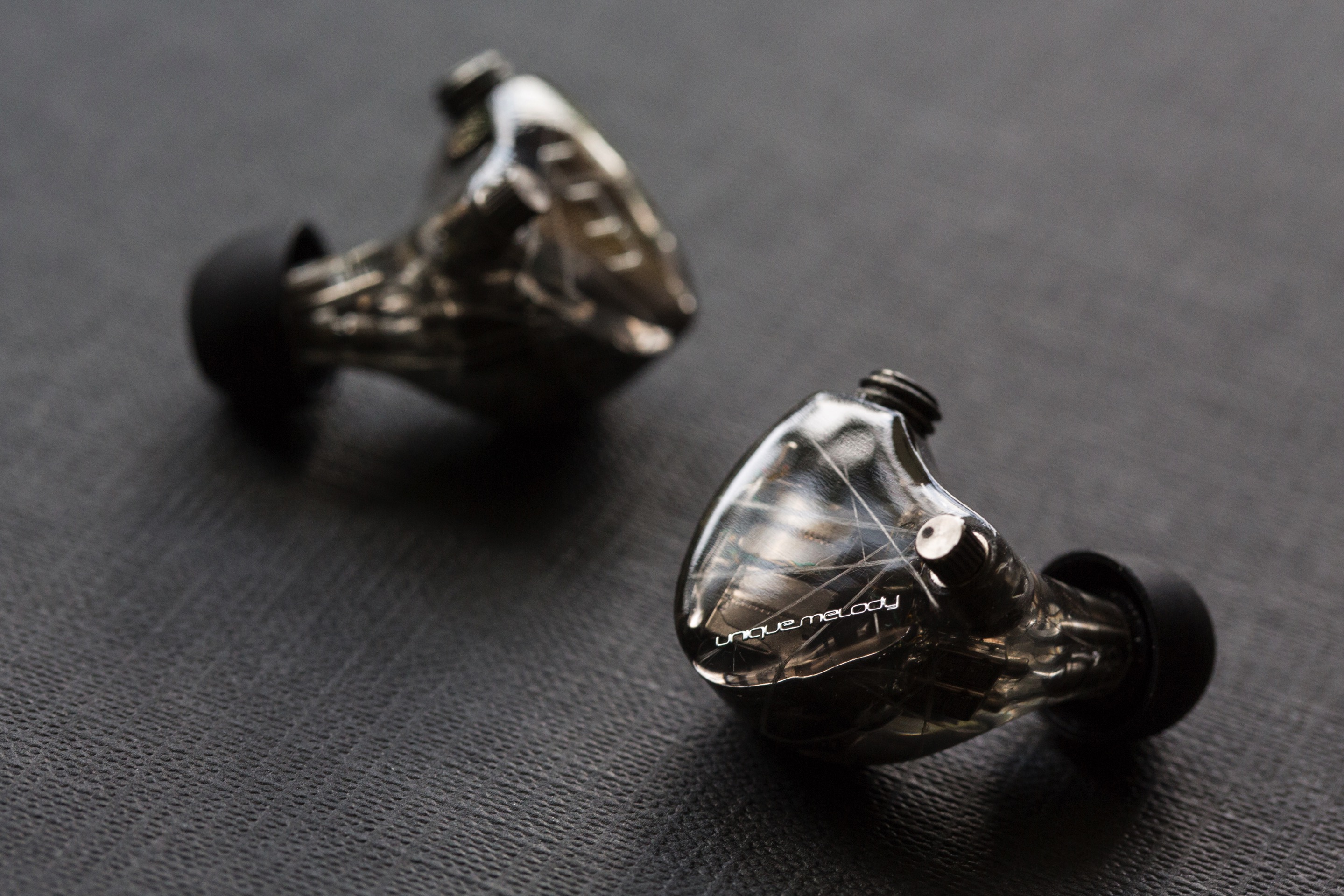 The Unique Melody Mason V3 is defined by its clean, roomy and tactile sonic palate. Brilliant bidirectional extension and admirable linearity give the Mason its wide, spacious and well-resolved stage – excelling particularly in organisation, stability and headroom. There’s a clear sense of geography to the Mason’s soundscape that makes it an absolute joy to explore. It presents ensemble pieces with a balance of mathematical precision and musical cohesion – skilfully defined, sufficiently textured, yet never awkward. Every instrument has a place of their own, and picturing the soundstage – with all its intricate little pieces – becomes dead easy. It’s a combination of volume and separation that gives the Mason V3 its sense of boundlessness. And yet, that’s made all the more impressive considering the IEM’s resolution.

In all its forms, the Mason carries a sense of note weight that’s unique in the current crop of flagship IEMs. Unique Melody have intelligently paired an expansive, airy stage with dense, hefty and well-textured notes. A resonant upper-bass and a well controlled lower-midrange allow instruments to deftly convey realistic palpability. Whether its vocals or guitars or drums, the Mason excels in balancing roundedness and separation. As a result, each individual element sounds complete without the veil or congestion that plague less capable monitors. Although full realism is hampered by the Mason’s upper-midrange – carrying slightly too much energy – it manages an acceptable midpoint between dry contrast and rich euphony. Mating expansiveness with solidity, the Mason is all about being big and bold. It still is clean and articulative in nature, but it brings about great physicality in an impressively coherent manner.

The Mason’s bass – again – shows balance between body and technical ability. It’s a low-end defined by the mid-and-upper-bass; bringing about a more melodious and musical response, rather than one guttural or bellowing. Despite a calmer sub-bass, the Mason is no slouch when it comes to extension. Impressive technical achievements have bolstered the V3 with admirable layering and above-average separation. An upper-treble peak introduces slight dryness down low, but it’s also instrumental in controlling bloom – allowing the bass to retain both its warmth and its definition. With the copper conductors and the dB-Go module turned up, the Mason’s low-end feeds some body into the lower-midrange. Vocals become chestier as a result, but a greater contrast exists between the lower registers and the upper-midrange. The silver conductors introduce superior control and coherence – aiding overall headroom – at the cost of body.

However, little is affected when it comes to tone and impact. In either setting, the Mason V3 has decent mid-bass punch, manifesting themselves as fist-like jabs that complement the IEM’s thicker note structure. Those slams make themselves known, but they remain finely concentrated around centre stage. Again, sub-bass isn’t the most visceral you’ll find, but it shows great, clean presence in tracks and sources that emphasise this particular region. Turning up the dB-Go module adds greater presence here, maxing just above neutral. Tonally, the Mason’s low-end leans toward neutral, but there’s sufficient weight to compensate for this lack of warmth. Regardless, I would’ve loved to hear more wetness in the sub-and-mid-bass for a smoother and more natural response. The Mason V3’s low-end is a technical achiever. Its attempts to balance separation, clarity and organicity are admirable, even if it succeeds at some more than others. Despite a less-than-natural tone, it’s an engaging low-end that proves crucial in the Mason’s weighty overall signature.

Despite the Mason’s heftier presentation, it consistently maintains a neutrally-placed midrange. Vocals are individually well-resolved and deftly textured, but a lack of forwardness and size may hurt its appeal to certain crowds. A more natural response would entail greater intimacy. And, dryness from the upper-treble – again – rears its ugly head with ill-produced tracks. However, this is exactly why the Mason is exceptional in its portrayal of transparency and space. Laid-backed-ness inherently boosts depth, creating its grand and theatre-like ambience. Instruments materialise out of thin air into fully physical objects – impressively audible as they decay organically into the depths of its pitch-black background. An upper-midrange bump aids articulation and clarity, and I would’ve loved to hear a bit more bloom from the upper-bass and the lower-midrange to counterbalance that energy. Regardless, through sheer resolve alone, the Mason concocts an engaging midrange – even if its penchant for space has it tip-toeing on the edge of recession. 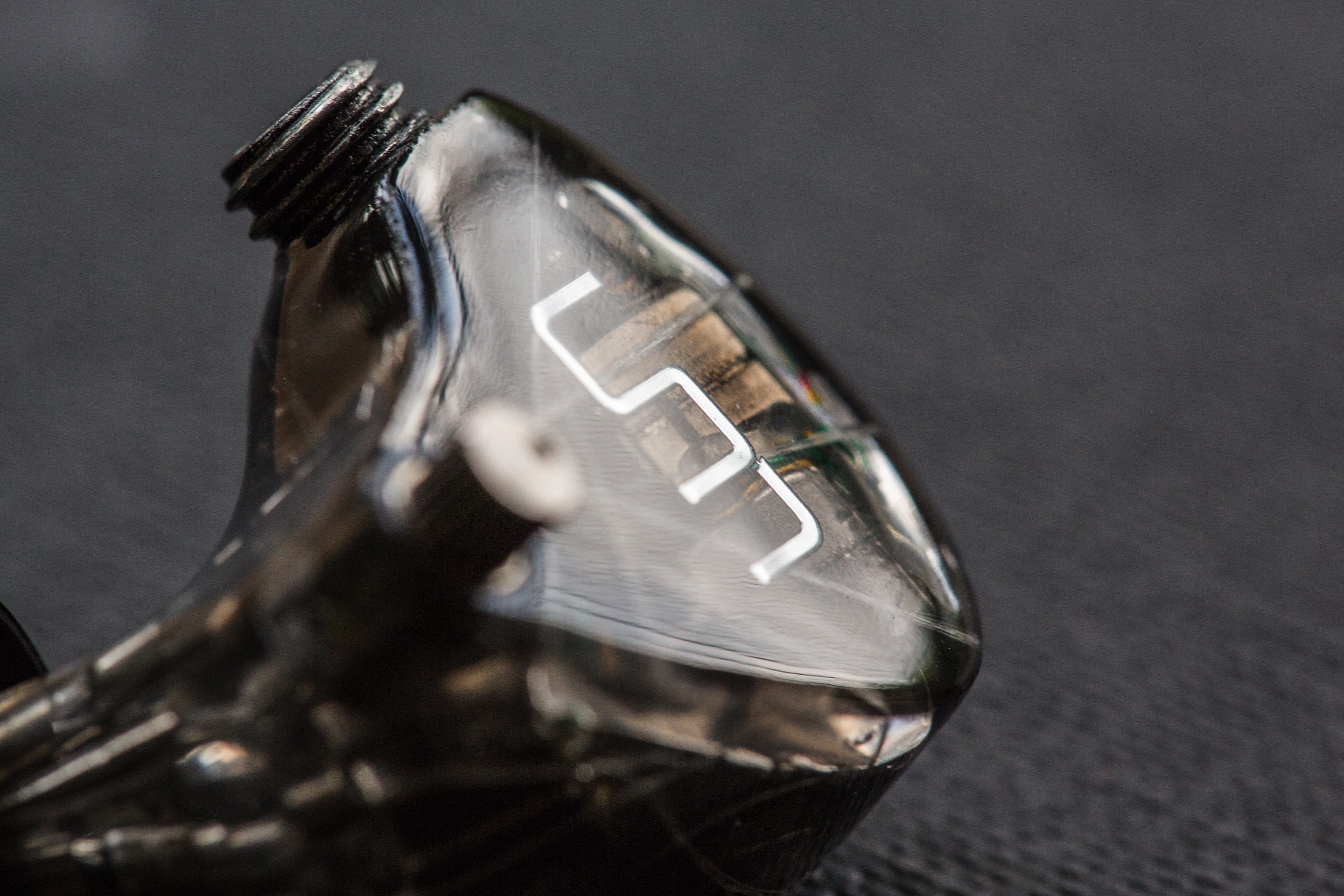 Tonally, though, the Mason performs impressively. Despite a touch of grit, the Unique Melody flagship sports a neutral-natural timbre. Organicity is maintained through lower-midrange control and upper-treble extension – drawing chestiness and finesse, respectively. But, the upper-midrange is where I find it most conflicting. It provides excellent clarity and dynamism, yet its energy borders on incoherence. As a result, the Mason isn’t the most forgiving monitor in the world. It’s neither sibilant nor harsh, but ill-produced records will have you reaching in for the vocals at times. This aberration is why I enjoy the Mason most in its warmest configuration, but it isn’t a deal-breaker; it’s but a minor nitpick in an otherwise smooth and engaging signature. The Mason V3’s midrange is a mix of ideologies. It attempts to juggle the engaging maestro, the crystal-clear surgeon and the epic concert hall all at the same time. But, truly, it’s a circus act that – for a good stretch – works. A tad more intimacy and a touch less exuberance would truly make it a winner, but it’s a great achievement regardless. A balance of many that – by some miracle – stands on its own two feet. Good effort.

The Mason relies on a technically-competent treble to truly manifest its signature. Thankfully, Unique Melody have tuned themselves a very capable top-end. The Mason emits excellent extension, outstanding headroom and admirable linearity. A slight aberration in the lower-treble – carried over from the upper-midrange prior to a dip – is the only thorn in its side. Vocals can sound too articulative given the wrong material, especially when compared proportionally to low-end warmth. However, the clear winners here are clarity and micro-dynamic energy. The Mason is capable of creating impressive contrasts from note to note, enhancing the transparency and spaciousness of its voluminous soundstage. An attenuated middle-treble and an almost linear upper-treble is responsible for the Mason’s headroom. Never is the top-end harsh, sibilant or brittle; only constantly energetic, consistently solid and exceptionally natural in its decay.

In terms of balance – the Mason’s top-end fares pretty well. Its illusion of coherence (despite slight aberrations throughout) is impressively convincing. Hi-hats, ride cymbals and crashes ring through with gorgeous solidity, remaining inoffensive at all times. In fact, the Mason is one of the most forgiving IEMs I’ve heard – ironically – with percussion. From jazz, to prog rock, to pop, the Mason is consistently convincing in its portrayal of the drum kit; a virtue of the low-mid-treble dip that gifts generous headroom. Though, where it slightly falters is in tone. The Mason’s upper-treble peak is the cause of its inherently neutral timbre. More crucially, it’s what births the Mason’s drier touch. Because of this, despite its generous body, the Mason struggles to properly emote. Although the music it portrays is vast, dynamic and grandiose, there’s a side to it that’s rather matter-of-fact. It’s a lack of overall wetness, intimacy and organicity that – to some – will be its Achilles’ Heel, while – to others – will be but an insignificant bug in their grand theatre experience.