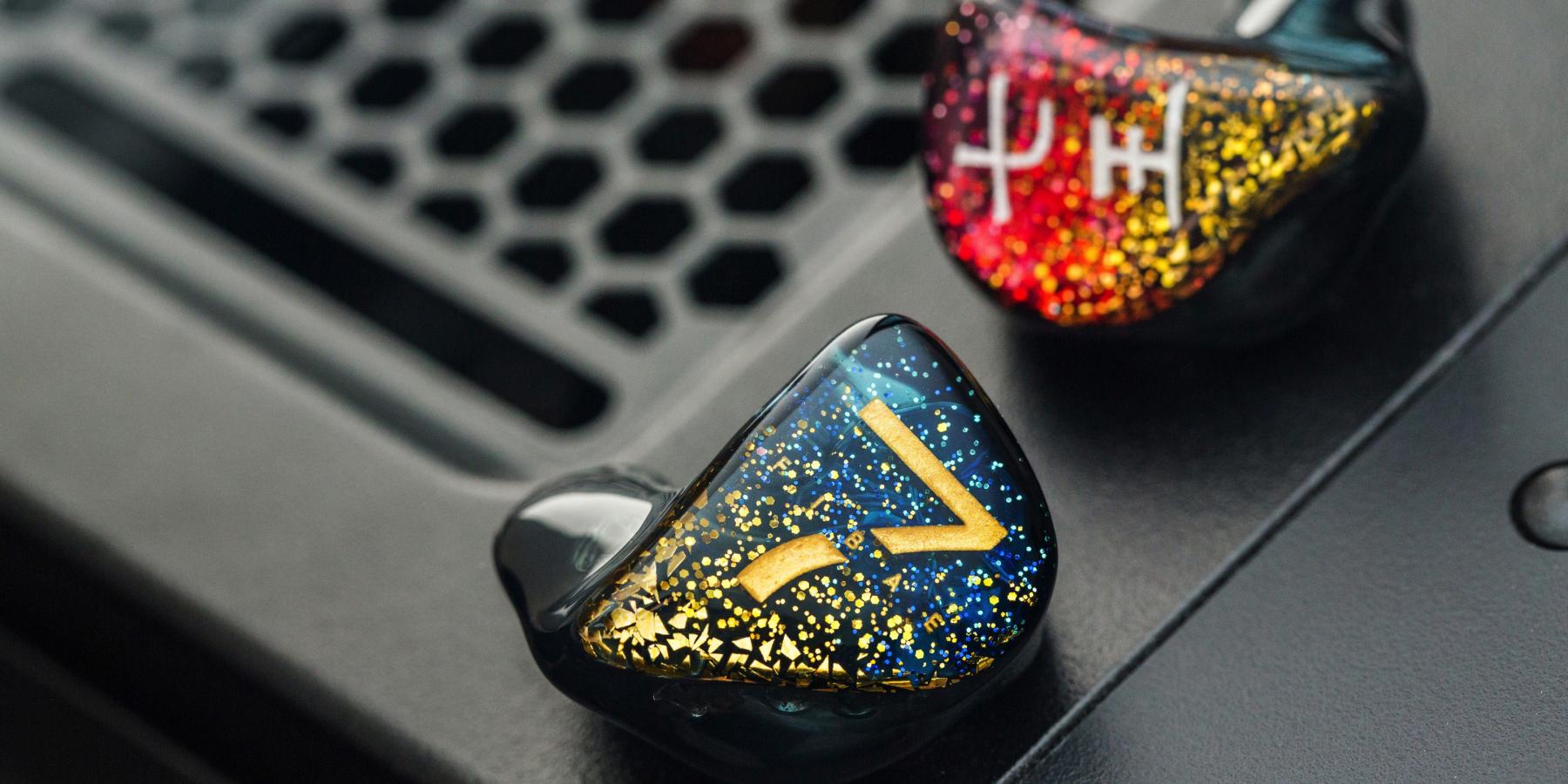 DISCLAIMER: Custom Art provided me with the FIBAE 7 in return for my honest opinion. I am not personally affiliated with the company in any way, nor do I receive any monetary rewards for a positive evaluation. I’d like to thank Custom Art for their kindness and support. The review is as follows.

It’s crazy to think that 2019 marks Custom Art’s 7th year in the industry. What was once a one-man operation birthed in the skunkworks of Head-Fi’s Home-Made IEMs thread is now one of the strongest names in the in-ear race, armed with a plethora of technological innovations, stunning craftsmanship and exceptional value-for-money. Now, in classic Custom Art fashion, founder Piotr Granicki has decided to celebrate the occasion by releasing the company’s first flagship since the Harmony 8.2 in 2016: The FIBAE 7. Armed with FIBAE tech and top-firing BAs, here’s your first look at Piotr’s co-TOTL.

FIBAE is short for Flat Impedance Balanced Armature Earphone, and it has become Custom Art’s flagship innovation. First introduced with the FIBAE 1 and the FIBAE 2, what the technology ultimately aims to do is preserve the in-ear monitor’s tonal balance no matter the source it’s connected to. So essentially, whether you’re listening to a FIBAE monitor through your laptop or a dedicated DAP, the frequency response should remain the same. This is especially crucial if you plan to use these on mixing consoles, monitor mixers, etc., where the output impedances can vary wildly from one to the other.

However, that does not mean you won’t hear any differences between said laptop and DAP either. Although FIBAE tech leaves the frequency response intact, the earphone will scale based on whatever data is fed to it. A more resolving DAC is capable of rendering finer spatial cues, a deeper background, etc. So, although it won’t bridge the gap between more capable and less capable sources per se, this tech will allow the user to judge those differences in a clearer manner. And, whatever source you choose to use at the end of the day, you will always be guaranteed the sound Custom Art intended.

Among all of Custom Art’s in-ears to date, the FIBAE 7 is perhaps the most natural-sounding of them all. An immensely even balance runs throughout the monitor’s frequency response, resulting in a timbre that comes across neither warm nor bright, as well as dynamics that are neither exaggerated nor lethargic. A slightly richer 2-3kHz region and a minutely lifted mid-bass aside, the FIBAE 7 is a very just–there-sounding IEM that largely sits back and allows the track to paint the picture. Staging deserves a special mention, as it’s Piotr’s best effort yet. The FIBAE 7’s imaging is immersive yet precise, naturally holographic and richly layered too; three-dimensional with strong stability and left-right separation to boot.

Down low is the FIBAE 7’s subtle rise until just shy of 100-200Hz, giving you more punch and body than neutral. But, they aren’t lows that call to your attention either. Overall, they still sit a hair behind the mids. There isn’t a dip toward the low-mids either, so the bass’s timbre is slightly pillowy and thick. Kick drums, toms and bass guitars don’t have as much of an edge to them, but an accurate decay ensure they’re separated fairly well. Most impressive is the FIBAE 7’s low extension. While the sub-bass isn’t highlighted really, you can clearly feel its presence as part of the supporting cast. So, rather than fizzle out, rumbles tenderly fill the further reaches of the space, while the lead instrument stands firm at the forefront.

The mids climb to an elevation around 2-3kHz, which gives instruments the richness, forwardness and density Piotr has been known to go for; most recently on the FIBAE Black. The horns and synths on Larnell Lewis’s Beignets sound buttery, resonant and thick. And, the snare drum also has a fullness to it, so it isn’t the bright, crisp, crackly type that trebleheads tend to prefer. But, the IEM’s generous headroom ensures the soundscape remains sounding open, deep and spacious regardless. While those who prefer sharp, crisp attack may find the FIBAE 7 less ideal, it’s a treat for those who want the quintessential Custom Art sound in its most refined state yet – rich and saturated, yet resolving and tightly layered too.

The FIBAE 7’s top-end is unapologetically linear, eschewing glitzy, crowd-pleasing clarity for a more honest, accurate and reference-sounding response. Those top-firing drivers sprinkle in just enough sparkle around 7-8kHz to temper the rich overtones of the midrange, and allows the rest of the region to sit back. While – again – trebleheads may find the FIBAE 7 a tad modest in sheer cut and dazzle, I personally find the tuning brave and cleverly executed too. Courtesy of the top-end’s excellent extension and speed, extra crispness isn’t needed for resolution’s sake. Even with the lightened attack, the FIBAE 7 boasts stellar definition, stability and precision, proving that this IEM is indeed classic Custom Art at its best.

Compared to its larger sibling, the FIBAE 4 has a more v-shaped signature with a more neutrally-positioned midrange. Instruments aren’t as saturated, wet-sounding and rich as they are on the FIBAE 7, so they aren’t as intimate. That extra headroom then is taken up by the FIBAE 4’s elevated mid-bass. Kick drums sound fuller and more present, sometimes allowing the lead instrument to take the back seat. Technically, the FIBAE 7 is much more open-sounding with none of the compression that exists in the FIBAE 4’s upper-mids. Its low-treble is also a bit smoother, but more effortless in its extension at the same time. So, the FIBAE 7 is certainly the more balanced and more refined of the two FIBAE brothers.

Like the FIBAE 7, the Harmony 8.2 has somewhat of an unexaggerated, neutral-natural signature. Immediately, it’s clear that the Harmony 8.2 isn’t as linear and natural-sounding as the FIBAE 7. There’s a gulf in the Harmony 8.2’s upper-mids that’s immediately followed by a peak around 8kHz. As a result, the snare drums on Larnell Lewis’s Beignets come across damped, but are then followed by crisp, almost coarse transients. The FIBAE 7’s upper-mid-to-low-treble response is far more realistic-sounding with a seamless balance between richness and clarity. The FIBAE 7 also clearly comes out on top spatially. Its stage is far deeper than the Harmony 8.2’s more two-dimensional soundscape; airier and less in-your-face.

The FIBAE 7 and Phantom share similar timbres, but a key difference between them lies across the upper-midrange. The Phantom is significantly more laid-back across 2-4kHz than the FIBAE 7, which may make instruments like horns, pianos and snare drums sound relatively muted – perhaps, muffled – by comparison. The FIBAE 7 is far more vibrant, while the Phantom is decidedly less energetic. The Phantom’s low-treble is brighter. With some pair-ups, it may even come across brittle. The FIBAE 7’s top-end is more rounded and thick, but with more air and presence in the upper regions. Spatially, the Phantom’s recessed upper-mids give it a touch more depth, but the two are comparable in precision and expansion.

The Aether R is also a new flagship from Piotr’s compatriot, Lime Ears. Right off the bat, it has a brighter, crisper, livelier top-end than the FIBAE 7. Transients are harder-edged and nuances peer through more prominently, while the FIBAE 7 shows greater restraint in order to maintain a more even, linear tonal balance. The R is the tighter, more energetic IEM as a result, and this is further shown in its more laid-back lower-midrange. A slightly calmer 500Hz-1kHz region means its instruments aren’t as wet-sounding and buttery as the FIBAE 7’s, but it gives the R’s bass slightly cleaner separation. Spatially, the FIBAE 7 is more precise and theatre-like, while the R is more the more brazen and carefree one of the two. 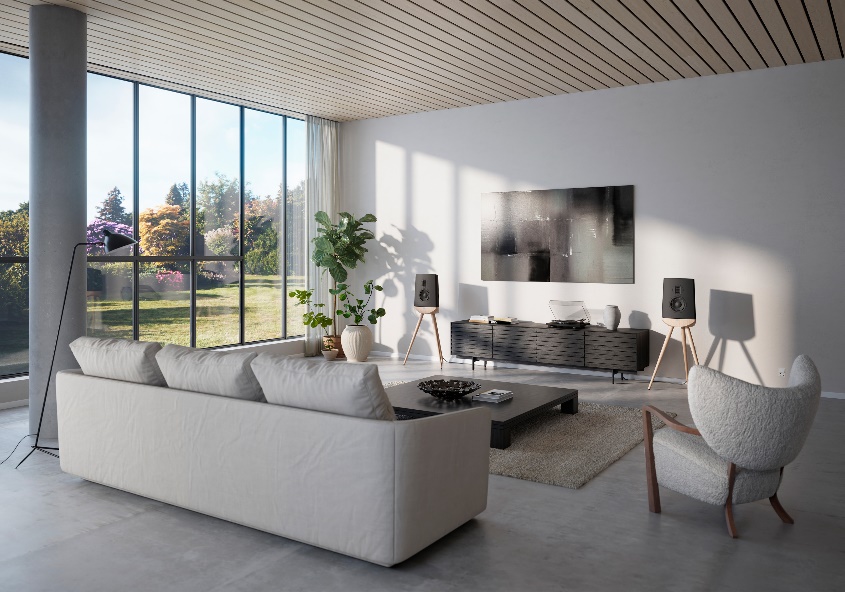 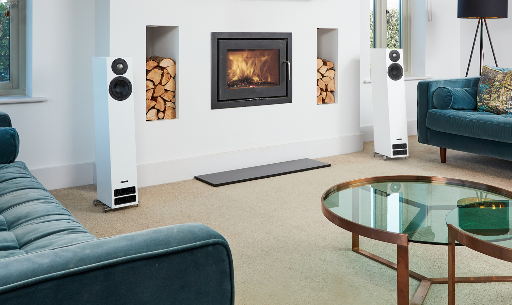 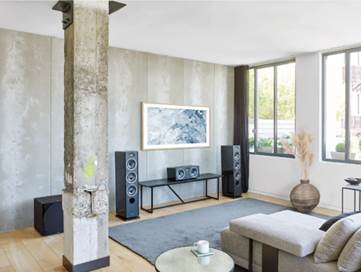